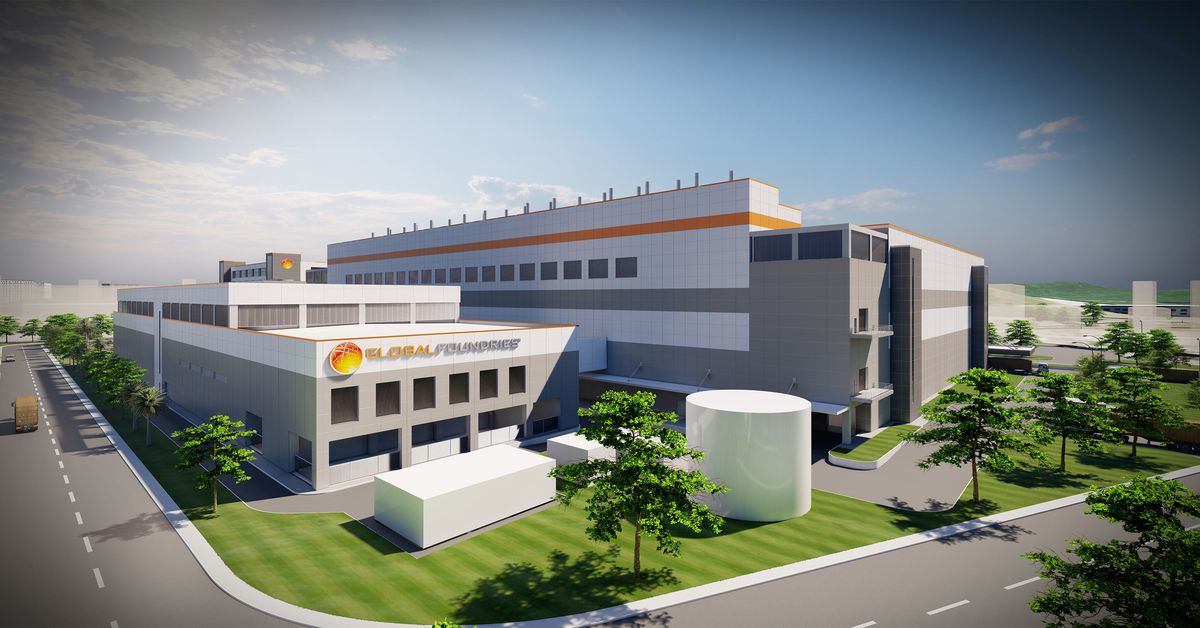 An artist’s rendering shows the possible look of a new fab for the chipmaker GlobalFoundries’ in Singapore, in this handout picture obtained by Reuters on June 22, 2021. GlobalFoundries/Handout via REUTERS

July 19 (Reuters) – Semiconductor manufacturer GlobalFoundries said on Monday it will build a second factory near its in Malta, New York, headquarters, and spend $1 billion to boost output to address the global chip shortage.

The new factory will be at GlobalFoundries’ “Fab 8” site in upstate New York, where its headquarters moved from California earlier this year, it said at an event announcing the plans.

The factory will double the site’s chipmaking capacity and add 1,000 jobs, with funding from private-public partnerships, including federal and state investments.

GlobalFoundries plans to spend $1 billion immediately to boost the existing factory’s output by 150,000 wafers per year. Wafers are the silicon discs on which semiconductors are made in bulk, and each one can contain thousands of chips.

“This chip shortage has been in the making for a decade and a half,” Chief Executive Thomas Caulfield said at the event attended by U.S. Commerce Secretary Gina Raimondo and U.S. Senator Chuck Schumer, a New York Democrat.

The news came after a bill containing $52 billion for semiconductor manufacturing passed the U.S. Senate this summer. It awaits action in the U.S. House of Representatives.

“We don’t just want to create four, five or six more fabs, though we do want to do that. We need the whole ecosystem,” Raimondo said at the event.

A person familiar with the matter told Reuters there are no active discussions with Intel yet, and Mubadala is focused on taking GlobalFoundries public as planned.