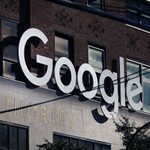 “The rights we’re trying to protect are the substantial investment of time and energy in our service,” said Marion R. Harris of Pryor Cashman LLP, repping Genius. “They accessed our website, they agreed to our terms of service.”

“To add insult to injury, the defendants then used the very product created by our processes to compete with us,” Harris said.

Arguing back for Google was Brian M. Willen of Wilson Sonsini Goodrich & Rosati PC, who told the court that Genius simply could not sue over copyrighted songs that it did not own and had been legally licensed by Google.

“The lyrics are not their property,” Willen told the court. “This case is an attempt by Genius to essentially stand in the shoes of the rights holders and assert … copyrighted works that they don’t own.”

Genius sued Google in 2019, claiming the tech giant had stolen the site’s lyrics and displayed them its own “information boxes” when users search for a song. In a splashy twist, Genius said it had used a secret code buried within lyrics that spelled out REDHANDED to prove Google’s wrongdoing.

Though it sounds like a copyright case, Genius didn’t actually accuse Google of stealing any intellectual property. That’s because songwriters and publishers, not Genius, own the rights to song lyrics. Both Google and Genius pay for copyright licenses for the lyrics displayed on their sites.

Instead, Genius argued it had spent time and money transcribing and compiling “authoritative” lyrics, and that Google had unfairly “exploited” that effort for its own profit. In technical terms, Genius claimed Google’s conduct amounted to unfair competition and a breach of the site’s terms of service, which say users cannot take material for commercial purposes.

But in August 2020, a federal judge dismissed the case, ruling that Genius could not sue over lyrics that it did not own. The judge ruled that accusations were “preempted” by federal law, since accusations like the theft of song lyrics are reserved solely the domain of federal copyright law.

Arguing Wednesday to overturn that ruling, Pryor Cashman’s Harris argued that Genius’s accusations were “qualitatively different” from a case over the copyrighted lyrics themselves. He said the company was instead interested in protecting the “tens of millions of dollars” Genius had invested to transcribe accurate lyrics that might not publicly exist otherwise, particularly for “difficult to decipher genres like rap and hip hop.”

But at times he faced tough pushback from the Second Circuit’s judges.

“To the extent that you took copyrighted material and wrote down ‘when they begin the beguine,’ once you put it out into the public, why do you have some right to it?” asked Judge Reena Raggi, referencing iconic lyrics by Cole Porter. “You didn’t create the lyrics.”

“And why do you have rights that are greater than the copyright owner?” asked Judge Eric Vitaliano.

LyricFind, another lyrics service that was also named as a defendant in the case because it licensed lyrics to Google, also participated in the arguments and was repped by Kenneth D. Freundlich of Freundlich Law.

A ruling on the case will be issued in the months ahead.