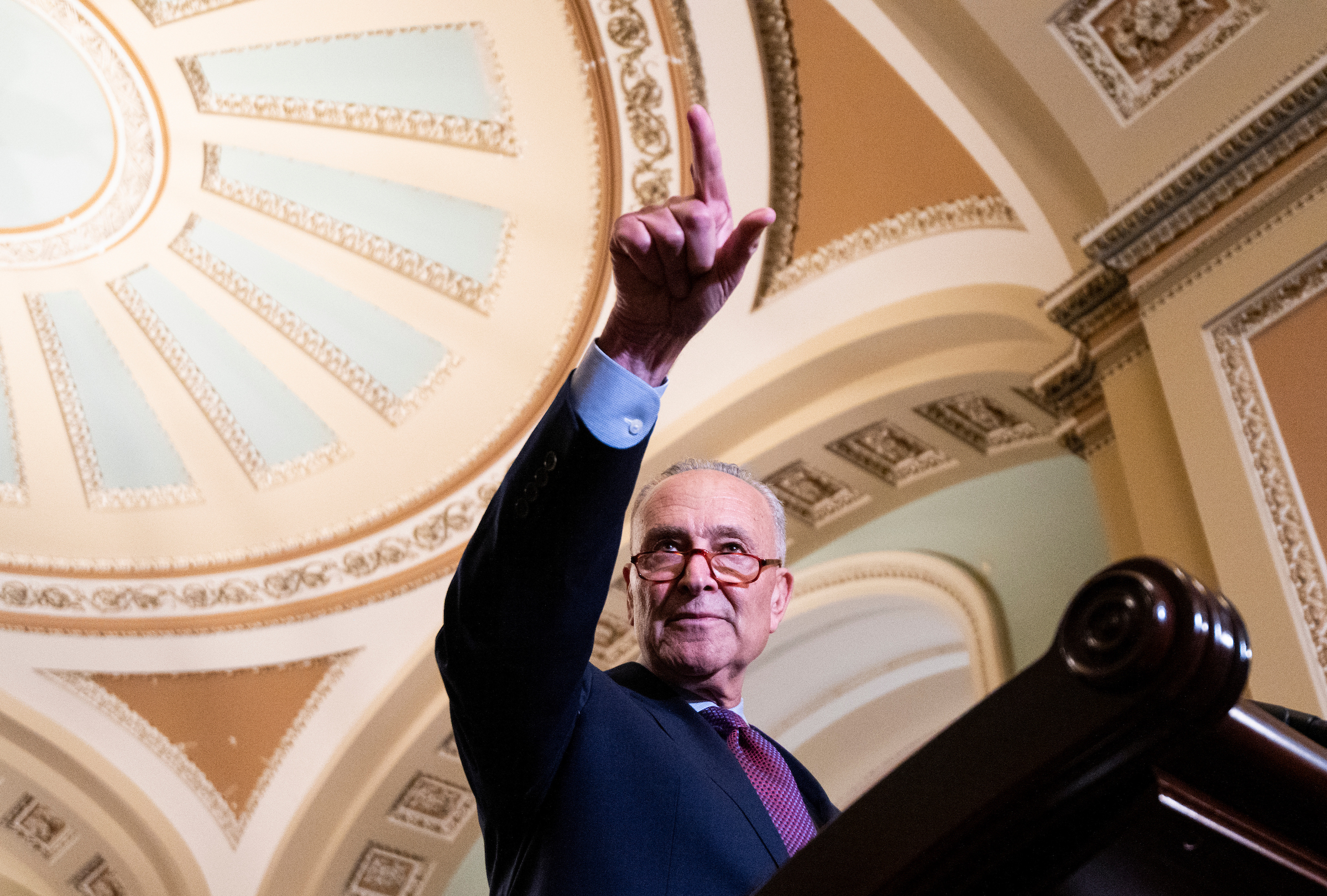 Republican lawmakers united Wednesday to reject a motion to proceed to a $1.2 trillion, eight-year bipartisan infrastructure package, saying they were uncomfortable with voting to begin debate on a bill still being negotiated.

The Senate voted 49-51 on the cloture motion by Senate Majority Leader Charles E. Schumer, D-N.Y., to proceed to the legislative vehicle for the bipartisan infrastructure package. The motion required 60 votes for approval.

All 11 of the Republican negotiators working on the framework for the bipartisan bill voted against cloture, with many urging Schumer to wait until they’d reached a final agreement with Democratic negotiators before trying again.

Schumer changed his vote to “no” in a parliamentary maneuver that allows him to call up the bill again.

Shortly after the vote, the bipartisan infrastructure group released a statement saying there had been “significant progress” on talks and they were close to a deal.

“We will continue working hard to ensure we get this critical legislation right — and are optimistic that we will finalize, and be prepared to advance, this historic bipartisan proposal to strengthen America’s infrastructure and create good-paying jobs in the coming days,” the statement said.

Ahead of the vote, Minority Leader Mitch McConnell, R-Ky., said on the Senate floor that Schumer “appears to be intent on calling a vote he knows will fail.”

“There’s no outcome yet, no bipartisan agreement, no text, nothing for the Congressional Budget Office to evaluate and certainly nothing on which to vote,” McConnell said. But he also added that “a failed cloture vote does not mean ‘no’ forever.”

“The bipartisan group of senators will have many opportunities to make their agreement the base of the bill, even if they need a few more days to finalize the language,” he said. “My colleagues are well aware that we often agree to move forward with debates on issues before we have final text of the bill in hand.”

Negotiators Mitt Romney, R-Utah, and Susan Collins, R-Maine, on Tuesday had urged Schumer to delay the vote so the group could iron out details and explain the plan to colleagues.

“There’s absolutely no reason why he has to have the vote tomorrow, and it does not advance the ball,” Collins said. “It does not achieve any goal except to alienate people.”

But Schumer’s caucus, including the Democratic negotiators, supported his decision to proceed.