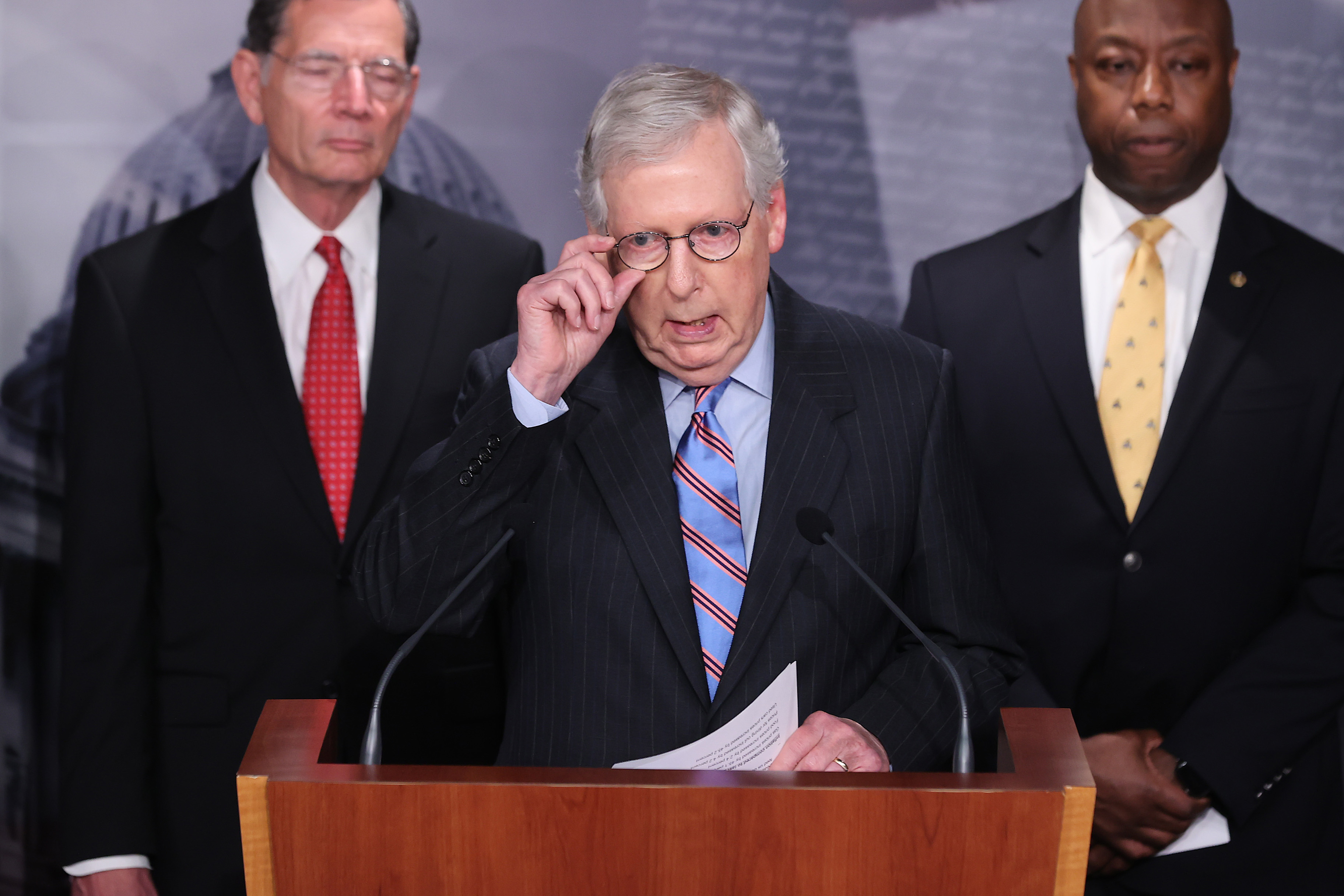 GOP lawmakers refusal to raise the debt ceiling could leave the U.S. unable to pay some accounts, devastating the economy, the Associated Press reported.

The government has been borrowing money for its huge budget deficits but its legal authority to do so expires July 31. If the government will be unable to renew a similar bill, it could lead to a federal default, which has never happened.

Analysts say a default could lead to a devastated economy, driving up interest rates, lowering the federal credit rating and driving up the government’s borrowing costs.

Senate Democrats accused Republicans Wednesday of a “shameless, cynical” ploy that would damage the economy and the government’s credit rating after the chamber’s GOP leader said his party would vote against raising the federal debt limit.

In the latest chapter of a broad budget battle likely to linger well into autumn, Democrats reacted after Senate Minority Leader Mitch McConnell, from Kentucky, said he believes all Republicans will vote against renewing Washington’s ability to borrow money.

It is not unusual for the political party out of power in the White House to threaten to oppose a debt ceiling increase as leverage to exact budget concessions.

This fight comes as the two parties are also at odds over President Joe Biden’s multitrillion-dollar proposals for bolstering federal domestic spending and raising taxes on the wealthy and corporations to pay for it.

Congress suspended the debt ceiling—the limit on federal borrowing—two years ago, but that suspension expires July 31.

The Treasury Department can free up cash for short periods using accounting maneuvers, but it is unclear when it would exhaust that option. Some have suggested the government could run out of money during August, when Congress is scheduled to be on recess. The nonpartisan Congressional Budget Office estimated Wednesday the crunch is likely to come in October or November.

To overcome a Senate GOP filibuster of legislation raising the debt limit, the chamber’s 50 Democrats would need support from 10 Republicans, which McConnell suggested will not be there.

On Tuesday, McConnell said, “I can’t imagine a single Republican in this environment that we’re in now, this free-for-all for taxes and spending, to vote to raise the debt limit.” McConnell confirmed those remarks Wednesday to the Associated Press, a day after making them to Punchbowl News, a publication that covers Capitol Hill and politics.

One option would be for Democrats to include the language in an enormous bill financing many government agencies next year that Congress is beginning to craft. A failure to enact that measure by Sept. 30, the end of the federal budget year, could produce a government shutdown.

Democrats could also include a debt limit provision in the $3.5 trillion bill they plan to write financing environment, health, education and family programs. Democrats plan to use a budget maneuver to shield that bill from a filibuster, but it may not be ready for months.