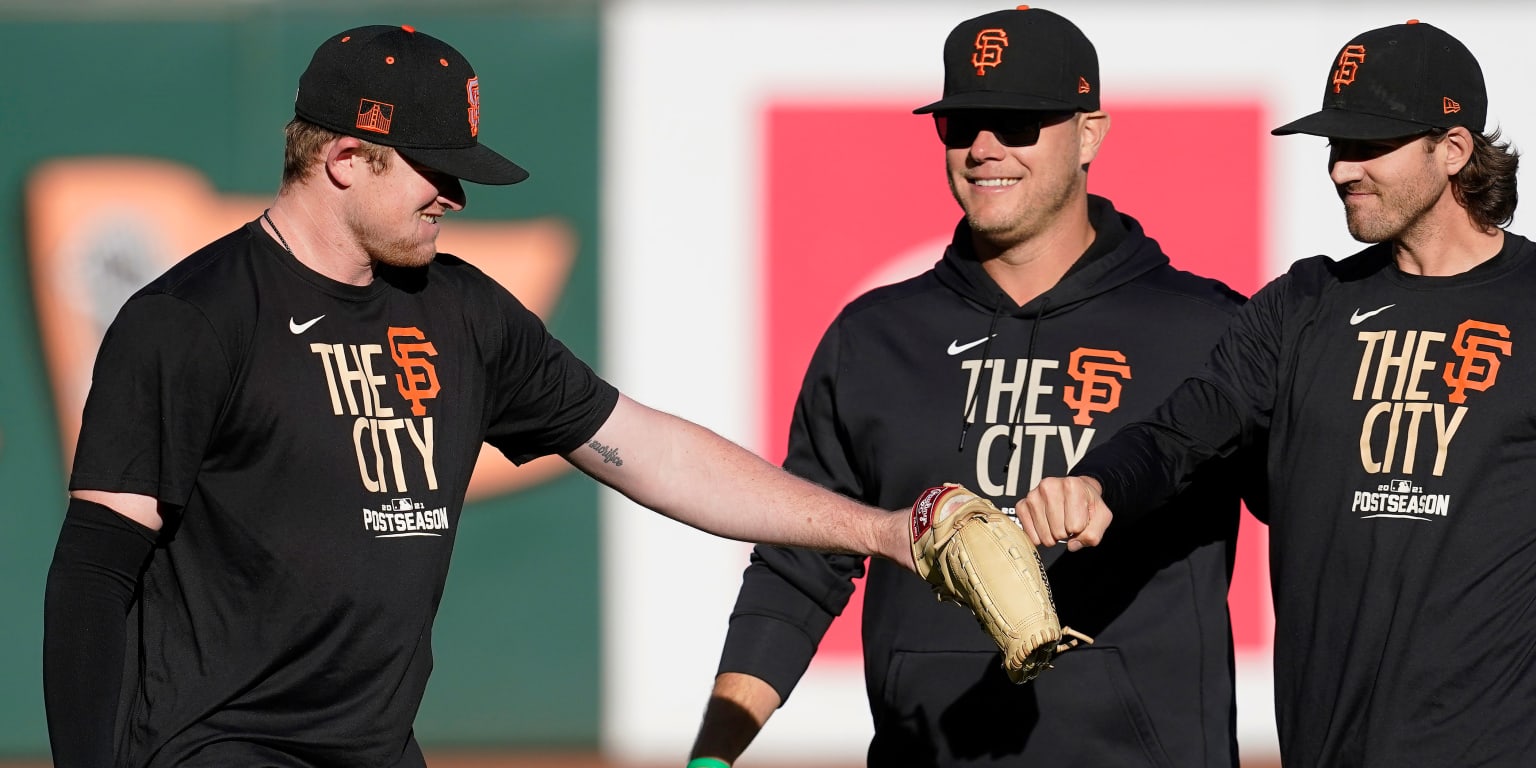 SAN FRANCISCO — They’re locker mates, catch partners, co-owners of a fantasy football team, and now, the two pitchers the Giants could lean on the most with their season on the line.

Logan Webb and Kevin Gausman have developed a close friendship while emerging as San Francisco’s top two starters over the past two seasons, and both are likely to play key roles in the winner-take-all Game 5 of the National League Division Series against the Dodgers at Oracle Park on Thursday night.

Webb, who struck out 10 over 7 2/3 shutout innings in Game 1, will start opposite Dodgers lefty Julio Urías, but a fully rested Gausman will also be available out of the bullpen as part of the Giants’ all-hands-on-deck approach to the elimination game.

The two right-handers have helped carry the Giants to the finish line before, delivering strong outings against the Padres over the final weekend of the regular season to help San Francisco clinch its first National League West title since 2012. The stakes will be even higher Thursday, but they’re both up for the challenge.

“We’ve given each other a couple fist bumps, just kind of looking at each other,” Webb said Wednesday. “We know what’s in front of us.”

The 24-year-old Webb is poised to become the youngest starter in Giants history to start a winner-take-all game, but he’s already beginning to establish a reputation as a big-game pitcher. He started (and homered) in the club’s division-clinching game on Oct. 3 and only added to his legend with his masterful performance in Game 1.

Gausman has been used exclusively as a starter this season, but his fastball-splitter combination could play up out of the bullpen, giving the Giants another elite arm to deploy behind Webb. The 30-year-old made his first four career appearances in the postseason as a reliever for the Orioles and Braves, logging a 2.70 ERA with 11 strikeouts over 10 innings.

The Giants could have tapped either Webb or Gausman to start Game 1, but they ultimately went with Webb, a budding homegrown ace who hasn’t dropped a decision since May 5.

It would have been easy for Gausman — a nine-year veteran who earned his first career All-Star selection this year — to feel slighted, but he genuinely felt thrilled for Webb, who grew up 100 miles north of Oracle Park in Rocklin, Calif., and had the opportunity to make his postseason debut with dozens of family members in the stands.

“That’s the type of person he is,” Webb said. “He’s like the big brother I never had. He’s been awesome.”

The origin of Webb and Gausman’s friendship dates back to last year, when the two met at Spring Training for the first time and were impressed by each other’s stuff during their early bullpen sessions in Scottsdale, Ariz.

“When I signed, I knew he was one of the young guys that was probably going to be in the rotation at some point,” Gausman said. “But really the first bullpen I saw him throw, I was like, ‘Wow, this guy can make a ball move a lot.’

“I didn’t know him, so I was just trying to learn what makes him tick, what makes him work. I feel like I know him a little bit more this year. I feel like I can kind of get on him if I need to, but I really don’t ever need to, honestly. He does things the right way and works hard. He’s a good kid. Obviously, his stuff is pretty special.”

Gausman and Webb eventually became catch partners last summer, a quotidian routine that only further cemented their bond. Gausman extolled the importance of treating catch play like he would a bullpen or an actual start, which Webb believes ultimately helped him hone his command of his power sinker. While Gausman found himself chasing after a few wayward pitches while playing catch last year, Webb has had fewer misfires this season.

“That is true,” Webb said, grinning. “We had a long talk about that last year. I don’t think I didn’t take [catch play] seriously, I just didn’t know exactly what I was trying to do with everything. It’s funny when you watch our catch play, he’ll stand a certain way, and he’s like, ‘Hey, throw it at my shoulder,’ and I’ll try to throw it at his shoulder and it kind of gets me locked in with everything else.

“Ever since then, he’s helped me a ton just in that aspect. Because you’ve heard a bunch of things, ‘Take your catch play seriously,’ which I’ve always tried to do, but he really took that to another level with me. It’s helped me so much.”

Backup catcher Curt Casali said he thinks Gausman and Webb have clicked because their personalities complement each other as well.

“Webby definitely leans on Gaus for questions because Gaus has a lot of experience,” Casali said. “He’s played in a lot of big games, he’s played in the postseason. For Logan, who is really just starting out in his career, to have somebody like that who’s willing to take the time and encourage him is incredibly beneficial for him. The other way around, I think Webby just keeps things very light. For a guy like Gaus, who is fairly stoic and neutral — he’s methodical in what he does — to kind of be able to take a step back and laugh about things, I think it goes very well with each other.”

Gausman and Webb are frequently spotted sitting next to each other on the plane and going over scouting reports together, but they also have a friendly competition going on with their hitting. Gausman led Giants pitchers with 10 hits during the regular season and delivered a walk-off sacrifice fly against the Braves on Sept. 17, but Webb bested him in the power department, with four of his six hits going for extra bases.

Who is the better hitter?

“I mean, me, for sure,” Gausman said. “If you want someone to get on base, it’s me. But power-wise, it’s probably Webby.”

Gausman joked that he and the other Giants veterans are working to keep Webb grounded following his recent exploits at the plate. On the mound, though, he’s more than happy to watch his buddy continue to rise.

“His confidence level right now is great to see,” Gausman said. “Every time he takes the mound, he feels like he’s going to win.”

That should bode well for the Giants.