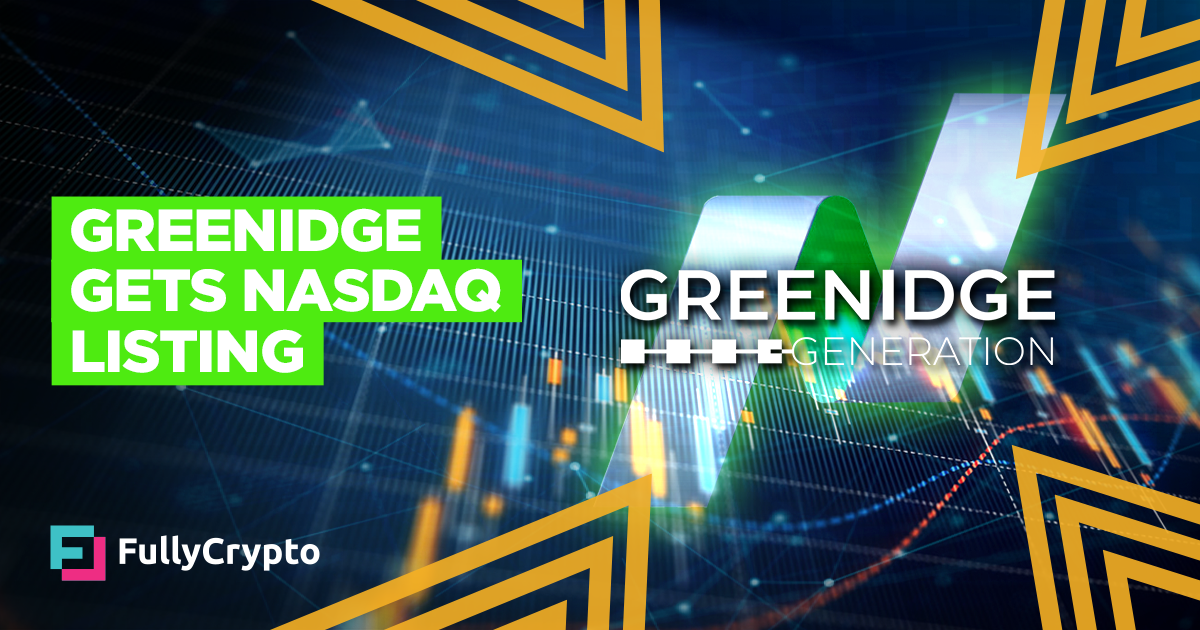 Bitcoin mining company Greenidge is set for a Nasdaq listing following a merger with Support.com Inc. The merger, which was announced in March, will see the Dresden, New York-based company achieve a Nasdaq listing and a $3 million cash injection. The company, which operates carbon-friendly Bitcoin mining plants in New York and South Carolina, will list under the GREE ticker and will become the latest cryptocurrency-related company to achieve a listing on the tech-friendly market.

Greenidge Uses its Own Electricity

Greenidge made news in 2020 when it increased its exposure to Bitcoin mining following a trial at its Finger Lakes gas works, with the plant using self-created energy to power Bitcoin mining operations. The plant, a former coal power station built in 1937, was decommissioned in 2011 but converted to a natural gas plant and reopened in 2016, once more supplying electricity to the region.

The process creates its own energy, which owners Atlas Holdings realized could be used for a secondary source of revenue – Bitcoin mining – rather than going to waste. The fact that the company is using power it is generating itself and not paying for allows them to mine at a very low cost, with the Greenidge plant able to mine ₿5.5 per day in 2020.

In July, Greenidge announced plans to become 100% carbon-neutral by purchasing voluntary carbon offsets from a portfolio of U.S. greenhouse gas reduction projects, while also announcing plans to utilize low-carbon sources of energy at the Finger Lakes plant, and offset the carbon footprint of its new South Carolina plant by sourcing electricity from zero-carbon sources.

However, this hasn’t stopped the company receiving a slew of negative reviews on Google due to the impact of the mainstream media’s attacks on Bitcoin mining earlier this year, despite the Greenidge plant being one of the most environmentally friendly in the word.