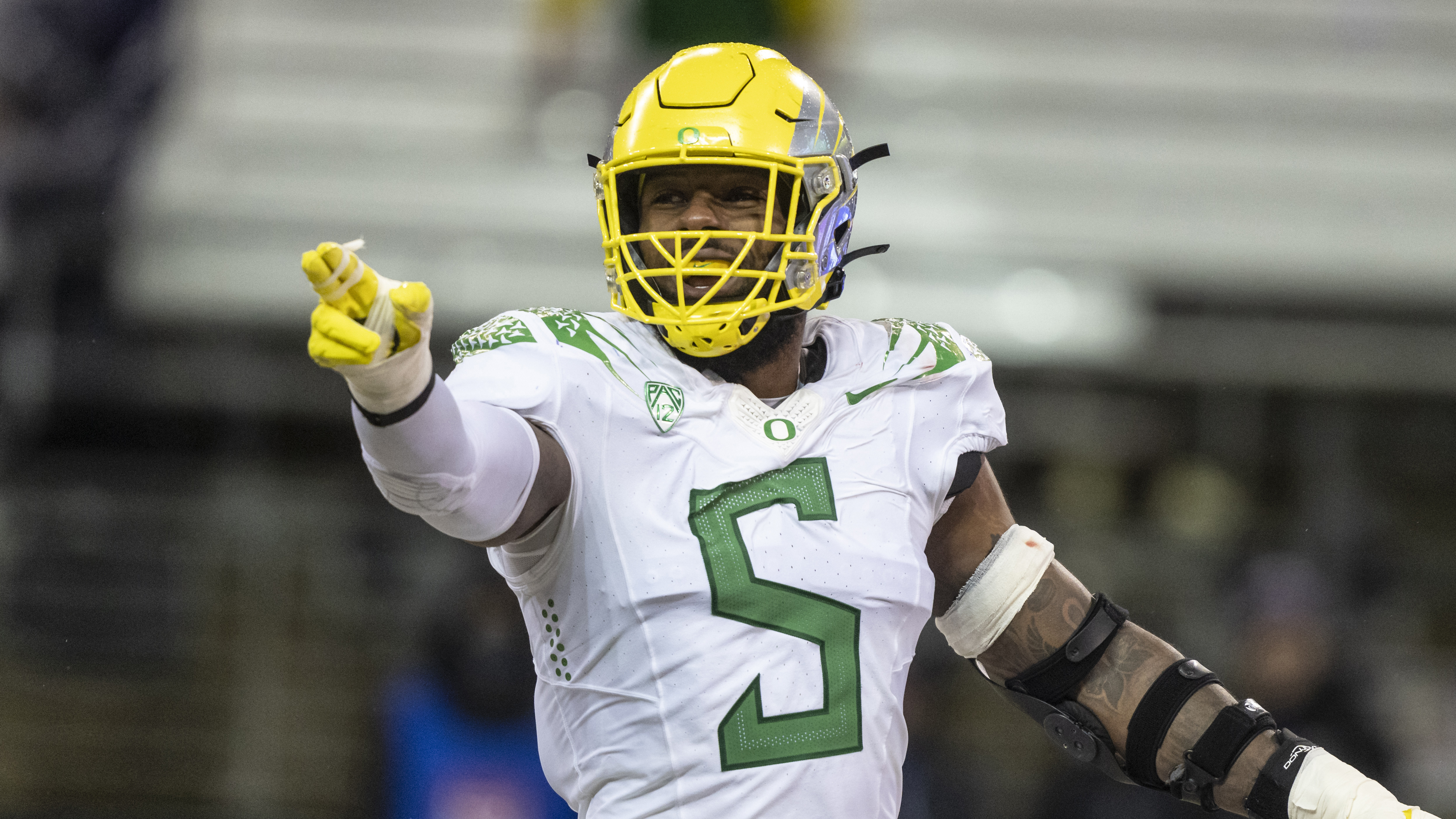 ESPN college football analyst and former Crimson Tide quarterback Greg McElroy fired back at Oregon Ducks star defensive end Kayvon Thibodeaux on Thursday for his remarks about the quality of education at Alabama.

During an interview with Fox Sports’ Joel Klatt during the national championship game between Alabama and Georgia, Thibodeaux talked about choosing the Ducks over the Crimson Tide. He took a shot at the education players receive at Alabama.

He continued later in the interview by saying he wasn’t sure if his degree “would mean anything” if he went to Alabama.

“I just take real personal offense, man,” McElroy said Thursday on his radio show with Cole Cubelic, according to Erik Hall of the Tuscaloosa News. “I genuinely do. I don’t care. Don’t come. If you think so little of us, don’t come. Fine by me, because I know the people that live in this state. I chose Alabama, because I love Alabama. … If you don’t want to see Alabama for the greatness it can potentially provide you, it’s on you. You’re missing out.”

McElroy, who played QB at Alabama from 2007 to ’10 and was drafted by the New York Jets in 2011, went on to mention that he received offers from Harvard, Yale, Princeton, Duke, Stanford, Northwestern and Vanderbilt. He cast doubt on whether Thibodeaux received an offer from Harvard or other Ivy League schools.

Thibodeaux is expected to be one of the top picks in the 2022 NFL draft after finishing the 2021 season with 49 tackles and seven sacks.

Steve Kerr ‘Not That Concerned’ After Warriors Got ‘Butts Kicked’ vs. Bucks
Giants Rumors: Brian Flores Would Have NYG Job ‘At or Near the Top of His List’