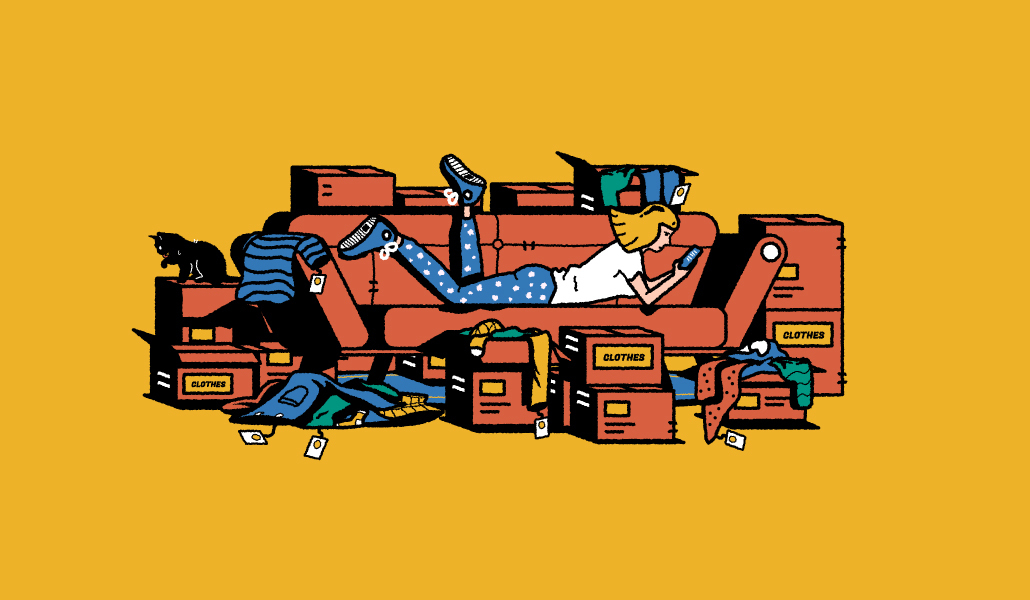 Many publishers’ commerce teams know what to expect during the lead up to Black Friday by now: An inbox full of hundreds of product pitches from public relations professionals asking to be included in gift guides, keeping a close eye on any and all sales as they are announced, and, of course, working during the shopping holidays and weekends when many editorial counterparts are enjoying their Thanksgiving logged off.

“I expected Q4 to be slow because of the economy, or slower. But it’s still Q4 … classic Q4,” said a commerce editor who sits on the branded content team at a multi-publication media company and spoke on the condition of anonymity. “I literally just upped my dose of Bupropion, because the last few weeks have been so crazy.”

No doubt a stressful time, this year only seems to have been exacerbated by the uncertainties of the economy and what this will do to consumers’ budgets, which has the potential to upset the amount of revenue media companies can earn off of affiliate commerce.

And yet, some editors are hoping their editorial strategies — honed for upwards of a decade at this point — will be enough to bolster this business. “All we can do is make sure that all of our content is optimized for the people who are ready to spend money,” said Jon Phillips, editor-in-chief of Foundry’s PCWorld and TechHive publications.

That optimization has started to look different for each individual publisher, from changes in editorial calendars and the frequency of article updates, to how products are selected for round-ups. Here’s a look at how publishers have optimized their pre-Black Friday commerce playbooks.

The earlier the better

At Reader’s Digest, the production of gift guides and holiday shopping content begins in mid- to late-August, according to Bryce Gruber, a senior shopping editor at Trusted Media Brands. Aside from small updates or product additions to particularly well performing content, “for the most part, Halloween is when Christmas ends,” she added.

After all that content goes live by the first week of November, Gruber said her focus pivots back to evergreen content, like best pillows, or semi-evergreen articles, like cozy winter items, for the remainder of the fourth quarter. Only one or two people on her team are tasked with staying on top of last-minute deal coverage or adding updates to holiday posts through the rest of the quarter.

Freelance journalist Jill Schildhouse, who writes commerce content for Reader’s Digest, Travel + Leisure, Brides and others, said the end of the third quarter is her busy period when it comes to holiday shopping assignments. “I started getting gift guide assignments in September [and] actually, I think I’m done with all of them now and have been for maybe a week now,” she said in a conversation with Digiday on Tuesday. Still, this year has had fewer holiday assignments than normal, which she chalked up to the folding of a few publications she typically contributed to in years past.

Not all publishers are able to wipe their hands clean of holiday content this early in the quarter, however.

PCWorld and TechHive, two consumer technology publications from Foundry, will have employees working on both Thanksgiving and Black Friday, like usual, to get all of the deals content published and updated when sales go live. While some U.K.-employees don’t have the holiday off, the U.S.-based team will receive comped days to take off later in the year or next year, Phillips said.

As for Black Friday content, it starts in earnest the first week of November, with articles being refreshed almost daily with new links and information added. But it’s really a “year-round effort,” according to Phillips, to make sure that these posts are updated quarterly and to signal to Google that the websites are still an authority on Black Friday deals in each vertical.

For the New York Post, the addition of Amazon’s Prime Early Access Sale in October, as well as several other retail shopping events that cropped up around the same time, changed this year’s editorial calendar quite a bit.

“Having another ‘tier one’ event that came before [Black Friday] definitely shifted things up,” said Jackie Goldstein, vp of commerce at the New York Post. “Suddenly there was another Black Friday moment of sorts, [which] shifted the amount of time that we would have dedicated to some of the Black Friday content.”

The way publishers approached their Q4 commerce strategies this year slightly varied from previous holiday seasons. This is due in part to a flurry of retailers initiating shopping events in October — more than a month before the tentpole shopping holidays of Black Friday and Cyber Monday — but also because consumers had shown early signs that the state of the economy was likely going to change their shopping habits this year.

Future’s CRO Zack Sullivan told Digiday in September that his team pivoted to writing more round-ups of the best value products in any one category versus solely focusing on the top performing and therefore more expensive option.

“Inflation is sort of a double-edged sword. Everyone is looking for deals because they’re really alarmed by increasing consumer prices, so that would suggest this is going to be a great Black Friday. At the same time they have less money to spend,” said Phillips.

Picking products and the PR problem

What’s been similar to every other year, however, has been the avalanche of emails pitching products that end up in the inboxes of writers and editors this time of year.

“I get about 400 unsolicited PR pitches a day,” said Schildhouse, and while some of these product pitches have been known to make their way into gift guides, the massive amount of inbounds to sort through is overwhelming in an already busy season.

Both Schildhouse and Gruber launched personal Substack newsletters that are aimed at mitigating the problem. When assigned a gift guide or round-up, the writers will send out a newsletter that includes the parameters for products they’re looking for, such as products that are distributed by Amazon Prime, have more than 500 ratings and an average of four stars or higher (a Reader’s Digest requirement), or are listed on affiliate platforms like Skimlinks.

“Jill Schildhouse’s Call for Pitches” and “Bryce Gruber’s Sharing Opps” have each garnered thousands of PR followers since their launches last year in October and the beginning of 2021, respectively.

While the New York Post’s commerce team will look at celebrity trends and which products are viral for the season for inspiration, trends found within data are a large part of their strategy this year. Goldstein said her team will look at the highest conversion rates on specific products or brands from previous years’ posts to make decisions about which items are highlighted again this year.

At the recommendation of the New York Post’s search team, Goldstein said, “we do our [first round of gift guides] in October, and we don’t really expect much in the way of transactions [during that month],” but it’s necessary to get those articles up in order to achieve a higher search ranking once shoppers are ready to press the buy button.

Finding a way to monetize that content during the month of October, which is typically down in affiliate commission revenue, is also important, so Goldstein said her team will modify commerce pricing models to a cost-per-click model (CPC) on applicable products. Typically, the NY Post prefers a hybrid model of cost-per-acquisition (CPA) and flat fee pricing the majority of the year, and come November when transactions increase, she said her team will switch back to prioritizing hybrid.

“We do have some shoppers, but I would say [they’re in a] window shopping phase [during October], so we will try to think a little bit more strategically about CPC during [that] phase of gift guides,” Goldstein added. “It’s not a complete must — it’s just something that’s nice to have.”

At TMB, Gruber said she isn’t beholden to finding products based on commission structure. “[Our publisher] wants the edit teams to have genuinely editorial voices, where we’re not beholden to [a] retailer [that] is offering 10 cents more or 1%,” she said. Further she added that a CPC cost structure is typically not priced well enough to support the cost of the content production.

CPC pricing ranges anywhere from $0.10 to $2 per click, according to a couple sources, but Gruber said that the vast majority of those offers are for pennies, just four to six cents for every click.

Phillips added that while he works with his company’s affiliate team to understand and optimize pricing models, his editorial team is not told to only select products with one particular pricing model or commission rate. The affiliate team may go in and switch certain product pricing, however, based on performance and time of year.

“We’re predicting an increase [in Q4 commerce revenue], and I don’t think it’s a market-wide trend that would be driving that. I think it’s because we’re savvier than ever on how to create the content around Black Friday,” said Phillips, who declined to share commerce revenue figures for the year or how much the commerce business contributes to the brands’ total overall revenue.