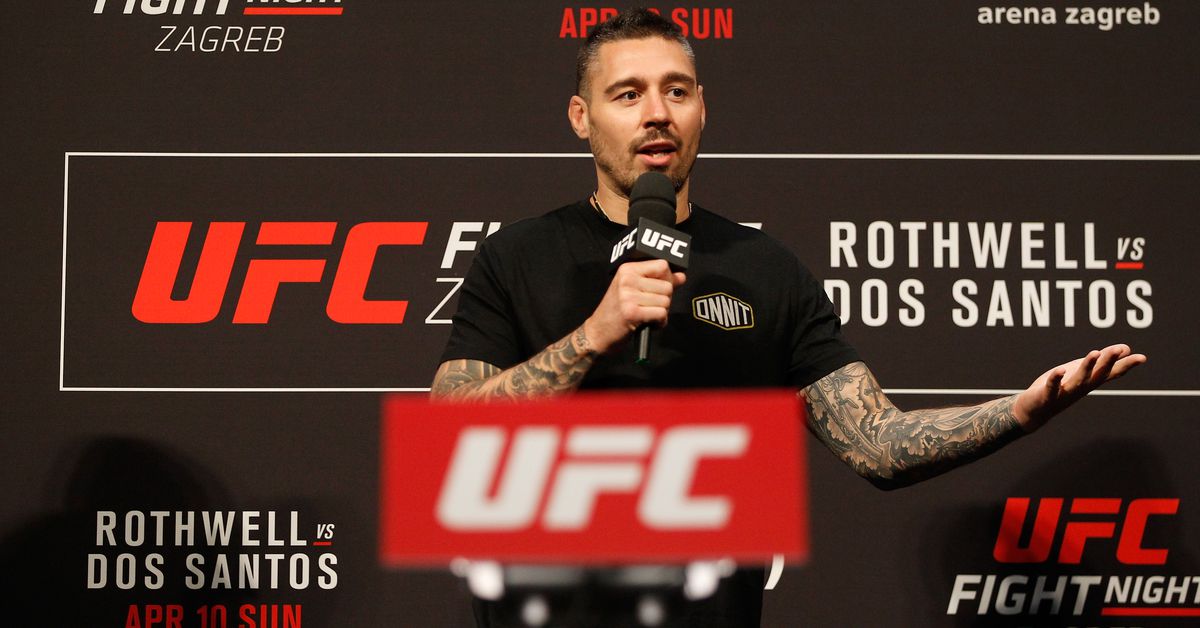 Fighter pay: an always heated discussion that had actually created some division, even among the competitors themselves.

On one side, you have those who have zero complaints about what they’re compensated for. On another, you have much more of those who publicly express that they’re not paid enough.

UFC veteran and former UFC employee Dan Hardy spoke about it during a recent interview with MMA Fighting. “The Outlaw” touched on several points, from Sarah Alpar’s GoFundMe campaign, to the UFC’s bonus system.

It’s not a good look. I also don’t think it’s a good look for someone like Brian Kelleher to say that he’s looking for a YouTuber to fight so he doesn’t have to get a job at Walmart after he’s done with his career. Then there’s the other female fighter that she started a GoFundMe account.

It’s just not a good look, especially when you’ve got fighters on one side starting GoFundMe accounts and on the other side, the UFC are signing $175 million contracts where the fighters will not see a penny of it. It is disappointing.

The environment that’s been created by the UFC is everyone scrambling for the scraps. It’s all about bonuses. Why can’t it be about the pay? Make sure these fighters are covered before they get in there so they’re not fighting at a deficit and hoping a bonus bails them out.

Given the sport’s evolution and the UFC’s massive rise in stock, the former UFC color-commentator knows there is enough money to go around.

That’s got to change. It has to change. It’s been the same in other sports in previous times and the shift has been moved over so 50 percent or more of profits are coming to the fighters. That’s how it should be. We all know that. I can say that as much as I want now.

For Hardy, the UFC’s compensation practices will trickle down to the generations to come, which ultimately affects the sport’s overall image.

Brian Kelleher’s a good example right — we want Brian Kelleher when he retires to be happy and proud to have been part of the UFC, to love the UFC because he felt like he was a part of something great and to have enough money in his back pocket to go back to his hometown and open a gym and train the next bunch of young fighters.

But if these guys, like Ryan Benoit, I know he had a job with UPS for a while when he was considering retirement. We don’t want to lose Ryan Benoit to UPS. We want him to have his MMA gym.

We don’t want Kelleher to be checking people out at Walmart. We want him to have his MMA gym or to be a judge or a referee or something. We need these guys within the sport.

It’s neglecting the grassroots by underpaying the fighters. It’s cutting off their options and then stifling the next generation of fighters.

That overall will affect the standard of MMA in years to come. If the UFC is smart, they’ll start throwing a bit more cash around so the fighters can reinvest more in the industry. That’s ultimately where their money is going to go.

The 39-year-old Hardy parted ways with the UFC in March following an incident with a company employee. He is now considering a career resurrection under ONE Championship, beginning with a possible Muay Thai bout with multiple-time world champion John Wayne Parr.