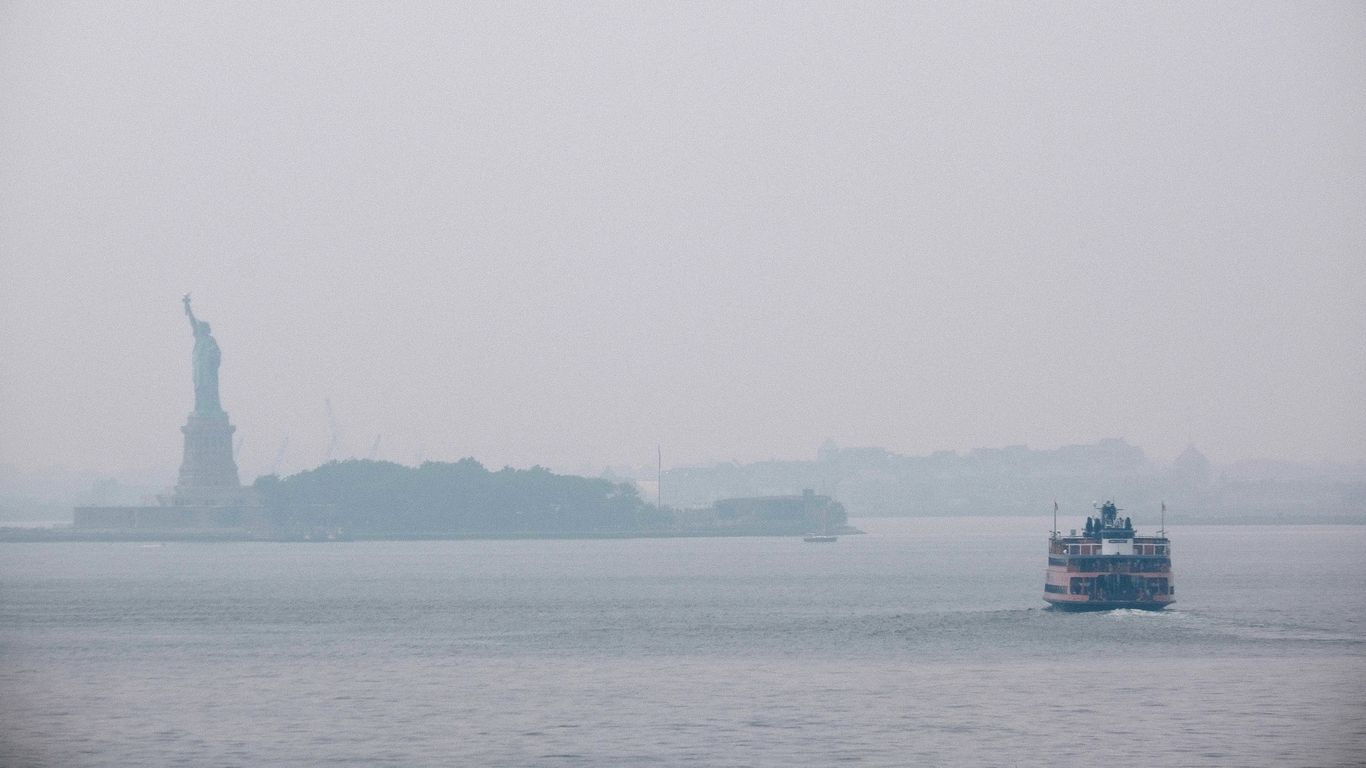 Smoke from the wildfires engulfing the U.S. West and Canada and carrying harmful air pollution has reached East Coast cities including New York and Washington, D.C., this week.

Driving the news: The coast to coast smoke clearly visible from space is due to the nearly 300 wildfires burning in British Columbia and the more than 80 large blazes in the US.

Our thought bubble: Due to the presence of small particulate matter, wildfire smoke can be hazardous to human health, even many, many miles downwind. The fires are also a source of carbon dioxide emissions, thereby acting to worsen global warming.

By the numbers: Smoke from the fires blanketed New York City sending its air quality index to an 170 before dropping to a still-unhealthy 158 on Tuesday — second only to the AQI of 174 in Krasnoyarks, Russia.

Context: The wildfires, many of which started when a severe heat wave erupted in June, have been linked by scientists to human-caused climate change.