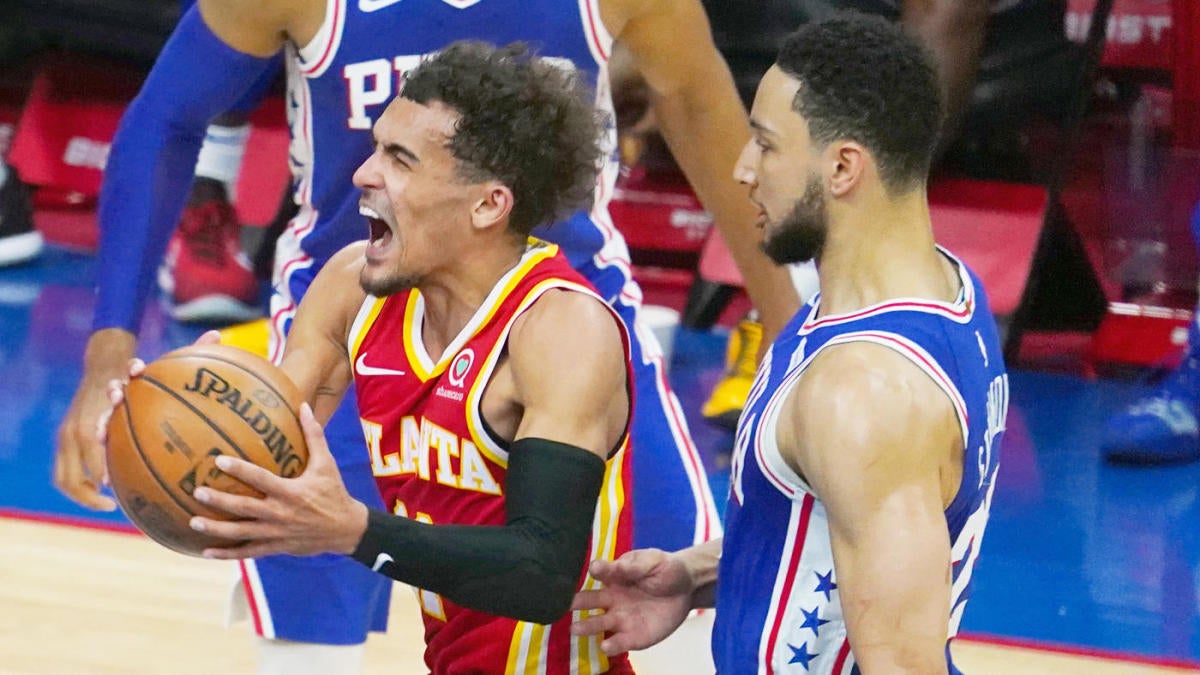 A lot can change over the course of a few months. On March 1, the Atlanta Hawks were 14-20 and, in 11th place in the Eastern Conference, not even positioned to make the play-in tournament. The Philadelphia 76ers, meanwhile, were riding high as the conference’s No. 1 seed at 23-12. They haven’t surrendered that perch since, but the margin between them and their competition has shrunk. Since that date, the 76ers are 30-12. The Hawks are 31-12.

Atlanta’s success under Nate McMillan should have erased any notion that Philadelphia would have an easy road to the Eastern Conference finals, but the challenge they are set to face in the second round only grew more daunting in Game 4 of their first-round series against the Washington Wizards. Joel Embiid went down with what the 76ers are calling a small tear in his right meniscus. The timeline for his return is unclear.

All of a sudden, Atlanta may enter its second consecutive series as a lower seed with the best player in the series. The Hawks just proved they are capable of scoring against an elite defense, and they took two out of the three road games they played at Madison Square Garden. Without Embiid’s guaranteed production, the 76ers are in serious danger of getting knocked out in the second round. Here’s everything you need to know about their series with the Hawks as they attempt to advance to the conference finals with or without their best player.

Philadelphia can win this series without Embiid, but it will be significantly tougher. The Sixers were 11.9 points per 100 possessions worse when Embiid was on the bench during the regular season, but that stat is misleading because of Philadelphia’s poor bench. The stretch the 76ers will try to emulate is the one that came after Embiid’s only major injury of the season. From March 12, including the game he got hurt, through April 1, Philadelphia went 8-3. Shake Milton averaged over 15 points per game in that stretch, though. He scored only 17 points in the first round, total.

They’ve already shown remarkable flexibility when it comes to their starting lineup. With Embiid out in Game 5 against the Wizards, Philadelphia didn’t turn to backup center Dwight Howard or power forward Mike Scott. No, they played small and put Matisse Thybulle in Embiid’s place for the sake of perimeter defense. Expect them to make the same choice early in this series. Trae Young ran wild against the Knicks, and while Ben Simmons probably could defend him, asking him to while also generating most of Philadelphia’s shots on offense would be too much for a single star to handle. If Thybulle takes on the Young matchup, Simmons can function more like a center defensively and a point guard offensively.

That’s how they’ll have to play to tread water without Embiid, but in truth, their championship hopes rest on his return. The 76ers might be able to escape this round without their best player, but Brooklyn or Milwaukee won’t be as forgiving.

Can the Sixers do what the Knicks couldn’t?

How they arrived at this point is remarkably different, but the Knicks and 76ers had very similar shot profiles during the regular season. The Knicks ranked 27th in 3-point attempts and the 76ers ranked 26th, but both teams made the 3-pointers that they took. The Knicks ranked third in 3-point percentage by making 39.2 percent of their attempts while Philadelphia tied for 10th at 37.4 percent.

Atlanta bet against New York’s shooting by packing the paint and daring New York’s shooters to beat them. The Knicks went cold, making only 32.1 percent of their open 3-pointers in the series. Julius Randle struggled mightily once Atlanta turned him into a shooter, and the Hawks will surely deploy similar tactics against Ben Simmons. If Thybulle is starting, the Hawks aren’t going to guard him, and when Simmons is off-ball, Atlanta will sag off of him as well.

Philly has shooters that the Hawks can’t leave alone. Seth Curry scored 30 in the Game 5 win over Washington and he will rain fire on the Hawks if Atlanta lets him. But Philadelphia has never shown a willingness to shoot at the volume they’ll need to in order to score enough points to win against a packed paint. Doc Rivers will have to either commit to shooting more 3-pointers or scheme some other way to generate the offense Philadelphia needs.

The Knicks may have had the NBA’s fourth-best defense, but it wasn’t one built around any single elite defender. Reggie Bullock and Derrick Rose are not equipped to handle a scorer like Young. But Thybulle and Simmons are. Young held his own against them in the regular season, averaging 29 points on 50 percent shooting in two games, but the playoffs are another animal, and Atlanta’s supporting cast is going to be put to the test with Philadelphia’s two defensive stars hounding Young.

Bogdan Bogdanovic looked up to the task earlier in the season. He averaged 22 points in his last 22 regular-season games with an absurd shooting efficiency, but he regressed to the mean against the Knicks. Atlanta skated by because the rest of the team didn’t. Atlanta made 7.6 wide-open 3-pointers per game in the first round, trailing only Utah. That number is probably going to dip as well. To make up for it, the Hawks are going to half to score more in the paint. Atlanta scored only 39.2 of them per game against the Knicks, the fourth-fewest in the first round.

Watch for how Philadelphia aligns its defenders. If Thybulle takes on Young, don’t be surprised if Simmons spends time guarding John Collins for exactly this reason. Aside from limiting him individually, it would also give the 76ers the option to switch the Young-Collins pick-and-roll. Of course, taking this approach would leave Tobias Harris on Clint Capela, which raises other concerns. These matchup decisions are going to go a long way in dictating who wins this series. Young isn’t going to carry the Hawks by himself.