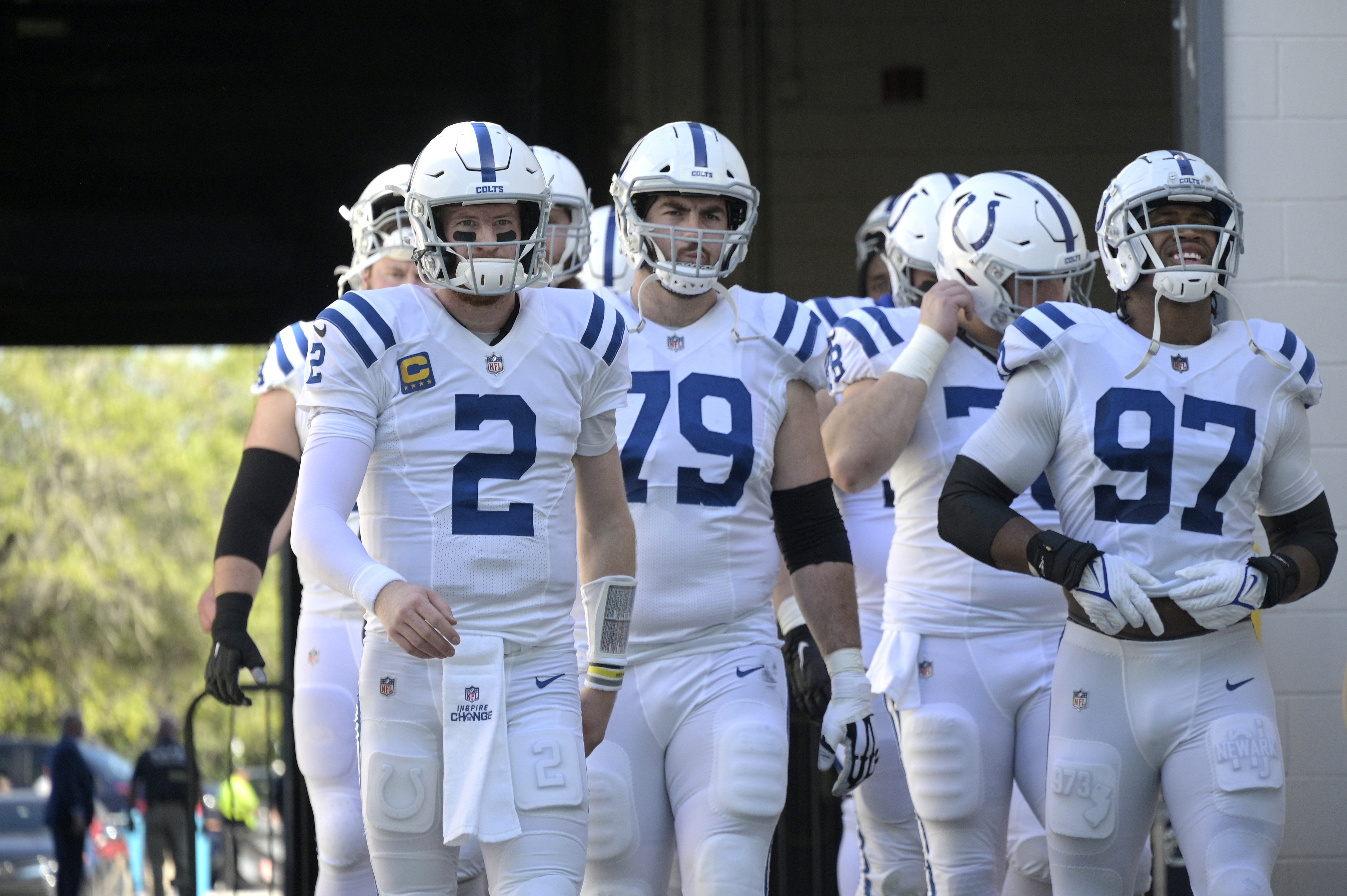 The majority of HBO’s Hard Knocks in Season: The Indianapolis Colts has been about the team’s improvement from its 1-4 start to a playoff contender, and not even a Week 17 loss to the Las Vegas Raiders could change that.

After all, all the Colts needed to do was finish their regular season with a win over a Jacksonville Jaguars team that had the league’s worst record. Doing so would ensure a postseason spot and a celebratory tone in Wednesday’s season finale.

Fans tuning in surely knew the Colts stunningly lost by 15 points and were eventually eliminated from the playoffs with the Pittsburgh Steelers’ win over the Baltimore Ravens. That meant there was something of a looming sense of dread lingering over much of Wednesday’s episode.

That made head coach Frank Reich’s words in the early portion of the episode all the more poignant as he reminded his team the Colts haven’t won in Jacksonville since 2014.

It was supposed to help them avoid complacency, and the coaches made a point of reminding the players whenever they could that the Jaguars’ record didn’t matter in this divisional showdown.

It was more foreshadowing than they could have possibly known at the time.

The season finale wasn’t all doom and gloom, though, as defensive lineman Kwity Paye opened up about his fashion choices and shoe collection. He also revealed he once spent $12,000 for a pair of Jordans for draft day, which shocked defensive line coach Brian Baker.

Running back Jonathan Taylor also gifted his offensive line bags from Louis Vuitton for helping him lead the league in rushing yards.

Attention eventually turned from pregame fashion to in-game footage of the 26-11 loss in Jacksonville.

Nothing went right for the visitors. Carson Wentz was sacked six times and threw an interception, Taylor finished with fewer than 100 rushing yards, and the defense gave up two touchdown passes to rookie quarterback Trevor Lawrence.

It was the first time since the season opener that Lawrence threw more than one touchdown in a game, and the resurgence couldn’t have come at a worse time for the Colts.

Yet an offense that managed a single field goal until there were fewer than five minutes remaining in the game was the biggest concern. Wentz found Michael Pittman Jr. for a largely meaningless touchdown that did nothing but make the final deficit more respectable.

The devastation was clear in the postgame locker room, although Reich did what he could to convince the team that short-term failures are opportunities to learn and build toward long-term goals:

“Just might not have been our year this year.”

Season finale of #HardKnocks: In Season with the @Colts premieres tonight 10pm on HBO/HBOMax pic.twitter.com/2FA3GvjcsF

The good news for Colts fans is there’s always next season, and CEO Jim Irsay released a letter Wednesday that said he is “even more determined to bring Indiana a contending team” and willing “to do whatever it takes to put us in a position to win next year and for years to come.”

If nothing else, it’s a silver lining after the team’s 2021 season and HBO journey ended in disappointing fashion.