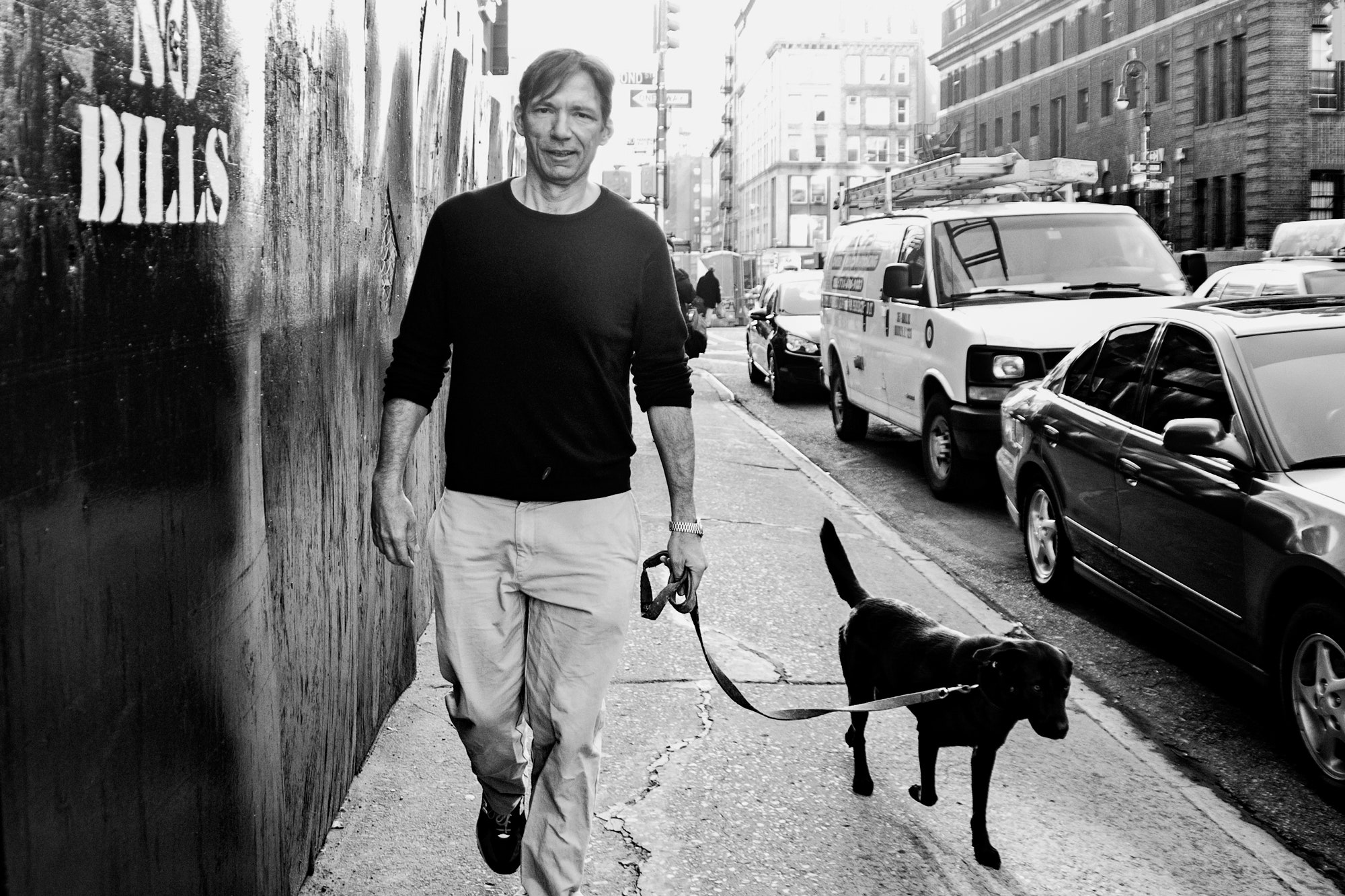 The last time I was in the same room as John Homans, my editor at Vanity Fair for three years, was at the tail end of February 2020. My old routine had been to work out of our offices at 1 World Trade Center twice a week, and a big part of why I came in at all was to get the face time with John. He was just a lot of fun to be around. A constant party. Utterly infectious. The first week of March, I was on deadline for a magazine feature John had assigned me, so I kept my head down working from home. Soon after that, the world shut down. John and I still talked almost every day on the phone, usually when he would call me up jonesing for the latest news and gossip. (“Whadda ya got?” “What the fuck is going on out there?”) Those conversations stopped, abruptly, toward the end of July, which was around the time that John’s cancer returned, exhibiting a speed and vengeance that defied conceivability. After he died on July 29, at 62, there was a tearful staff meeting on Zoom that our editor in chief, Radhika Jones, convened. There were heart-wrenching encomiums published online. There were texts and emails and calls among those struggling to process John’s swift departure from this earth. Due to the isolating cruelty of another horrible disease, the collective mourning was, by and large, a virtual affair—COVID had robbed us of a proper goodbye.

But on Monday, under the arched ceiling of St. Mark’s Church-in-the-Bowery, and in the hallowed gardens outside, John’s friends and loved ones were finally able to gather in person for the tribute that he so well deserved. It was a highly musical affair, befitting one of John’s passions. A jazz quartet eulogized him with Harry Warren’s “There Will Never Be Another You.” John’s rock band made up of New York publishing-industry veterans, the Sequoias, sent him off with covers of Bob Dylan’s “Forever Young” and “I Shall Be Released.” There was a P.A. system set up in the overflow section on the side of the church, and the hour-plus ceremony boomed out to passersby on the corner of Second Avenue and 11th Street, which felt appropriate because that’s exactly what it was like to work in an office with John—his voice always projecting out to the rows of quiet worker bees around him.

The ceremony’s chosen speakers, who were among John’s nearest and dearest, resurrected our friend with rich evocations of his singular personality, his many quirks, his enviable talents, his esteemed background. Hailing from an old Yankee lineage of sailors and surgeons, John was, in the words of his older brother, James Homans, “a dervish of activity from his first cup of coffee”; “an avid athlete and outdoorsman”; “an entertainer exhorting us to new heights of fun.” He was a precocious musician, a skilled basketball player, a devoted husband and father—to Angela Britzman and Charles Homans—and, not least of all, a brilliant writer and editor. From his earliest jobs at Details and Harper’s, to his life’s work at New York magazine, to his final act at Vanity Fair, John was a tireless journalist to the last. In the hospital, John had asked his oncologist if there was any chance that some last-ditch treatment might enable him to “witness a transfer of presidential power,” as James put it, after the 2020 election—a culmination of the story that had consumed the last four years of John’s professional life. Told that there was no such chance, John declared, “I’m pulling the plug on myself.”

The evening was filled with the types of anecdotes that animated countless magazine features shepherded by John during his decades in the business. Mark Danner, John’s close friend and college roommate, delighted the crowd with tales of mischievous Harvard rituals, memorable James Joyce classes, and one “particularly long acid trip” circa 1980. Another close friend, John Seabrook, who first met John in Peter Kaplan’s office at Manhattan,inc. magazine in 1988, shared tales of fishing on the North Fork, moshing to Nirvana at the Roseland Ballroom, and double dates with John and Angela (“Theirs was one of the great love stories, and it always will be”). Alice Clark Wilkinson recalled wry text messages, shared family vacations on Long Island, and cherished childhood wheelbarrow rides (“He seemed immortal to me”). Charles Homans relayed a most powerful lesson that his father had imparted—that “the futility and horror of life,” Charles said, “throws into sharp relief what a privilege it is to be human.” And my colleague Caryn Prime recited “Perfection Wasted” by John Updike: “The jokes over the phone. The memories packed / in the rapid-access file. The whole act. / Who will do it again? That’s it: no one; / imitators and descendants aren’t the same.”

John was also remembered by three of the many journalists he had mentored over the years. “He raised a generation of us,” said Ariel Levy, now of The New Yorker. “If there was anyone we thought was immortal, it was John Homans.” “Every day I still hear that booming voice,” said my colleague Gabriel Sherman. “The injustices of the world outraged him, but the absurdities of life never stopped amusing him. It was the perfect combination.” Jon Kelly, a former Vanity Fair editor who now runs the website Puck, said, “He is the intellectual tissue that connected Caroline Miller, Kurt Andersen, Adam Moss, Joanna Coles, Graydon Carter, Michael Wolff, John Heilemann, Hugo Lindgren, Lauren Kern, Radhika Jones, David Haskell, and his bandmate David Remnick. And he mentored a series of generations and even touched Gen Z with Ben Landy and Claire Landsbaum.” (A number of the aforementioned editors and writers were in attendance, along with seasoned New York media figures including Jim Windolf, Peter Stevenson, and Stuart Emmrich, as well as other longtime John Homans acolytes, such as my colleagues Joe Hagan, Chris Smith, and Vanessa Grigoriadis.)

Kelly was the one who hired me at Vanity Fair in 2017, when Carter was still editor in chief. I’d already been talking to Kelly about joining his team here, called the Hive, when news broke that John Homans had been hired as the site’s executive editor. From that moment, based on his legend alone, I was certain that I wanted to take this job and become one of John’s writers. Carter, who was unable to attend Monday’s service, put it best in some remarks that Kelly read aloud before delivering his own. “He moved like a college fullback but handled writers and their copy like a butterfly,” Carter wrote. “This is trite and somewhat corny to say, but seriously, they just don’t make them like John anymore.” Truer words have never been spoken.