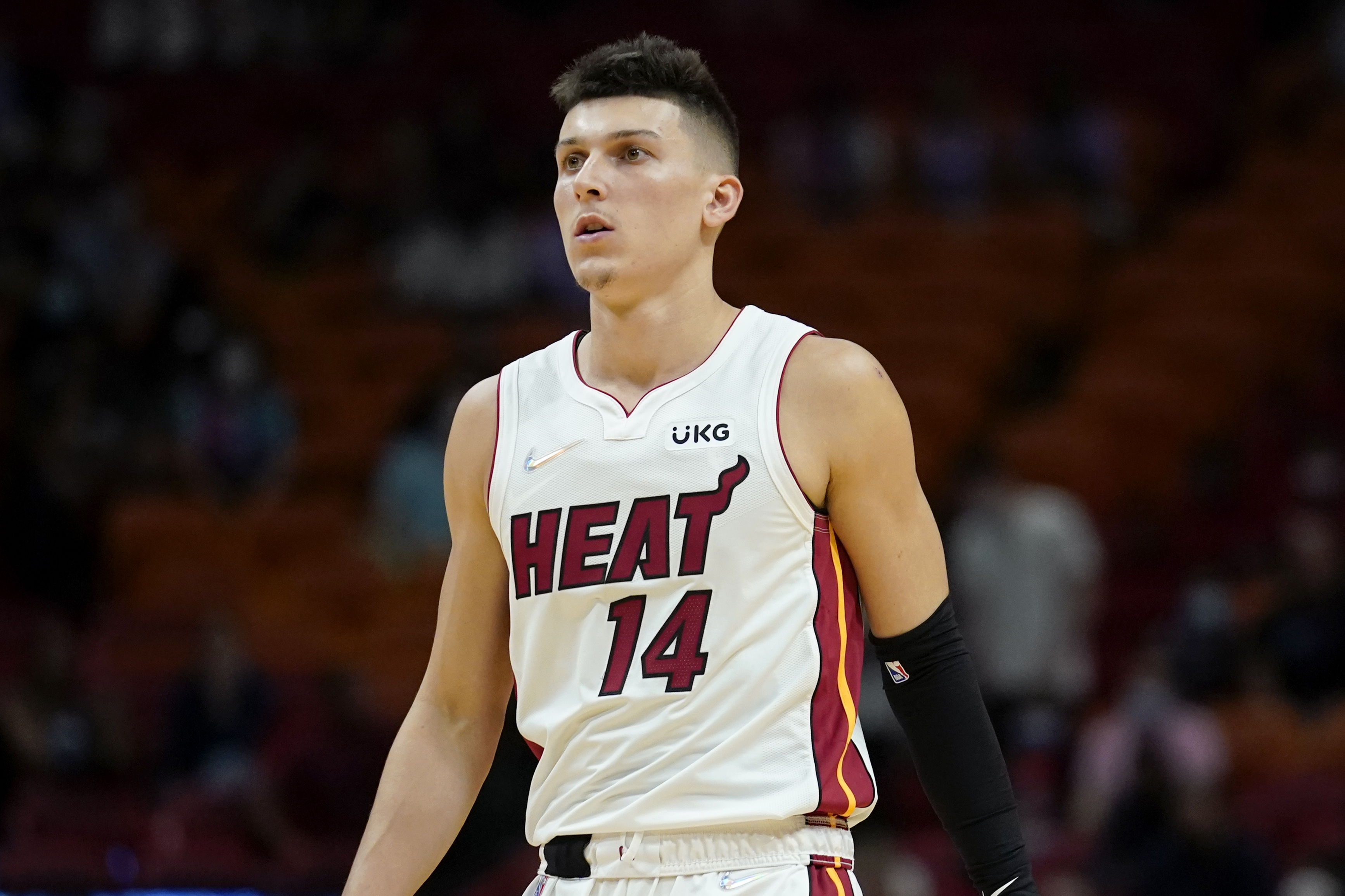 Miami Heat guard Tyler Herro believes that he should be in the same conversation as young superstars Luka Doncic, Trae Young and Ja Morant.

Herro provided that remark to Jeremy Tache of Bally Sports Florida, who asked him about his career projections and what his goals were long-term.

“The young guys in the league who can be All-Stars, superstars one day…𝙇𝙪𝙠𝙖, 𝙏𝙧𝙖𝙚, 𝙅𝙖…I feel like my name should be in that category, too.”

“I feel like I’m in the same conversion as those guys. The young guys coming up in the league who can be All-Stars, superstars one day—Luka, Trae, Ja—those guys like that, I feel like my name should be in that category, too.

“I put the work in, and I’m just continuing to get better every single day. I’ve got a lot of goals in mind to be an All-Star one day and continue to chase my dream, so I’m really excited to see where I can go.”

Doncic is an All-NBA first-team player. Young averaged 25.3 points per game en route to leading his Atlanta Hawks to the 2021 Eastern Conference Finals. Morant posted 19.1 points and 7.4 assists and guided the Memphis Grizzlies to the playoffs. All three figure to be perennial All-Stars for the next decade-plus.

The 21-year-old Herro is a solid player in his own right, averaging 15.1 points, 5.0 rebounds and 3.4 assists last year. He shined in the 2020 playoffs en route to helping the Heat to an NBA Finals appearance.

Herro is not in the same class as Doncic, Young and Morant, at least not yet.

That being said, Herro is a professional athlete who is striving to be the best he can be. Having a confident mindset, lofty goals and a strong belief in himself can only help as he progresses in the early stages of his career.

“Like everything Tyler does or says people will likely criticize his comment, but I love the confidence,” Will Manso of WPLG Local 10 News tweeted.

“You rather he’d say he wants to be seen as a young, mediocre player?”

Herro and the Heat begin their 2021-22 regular season against the defending NBA champion Milwaukee Bucks on Oct. 21.