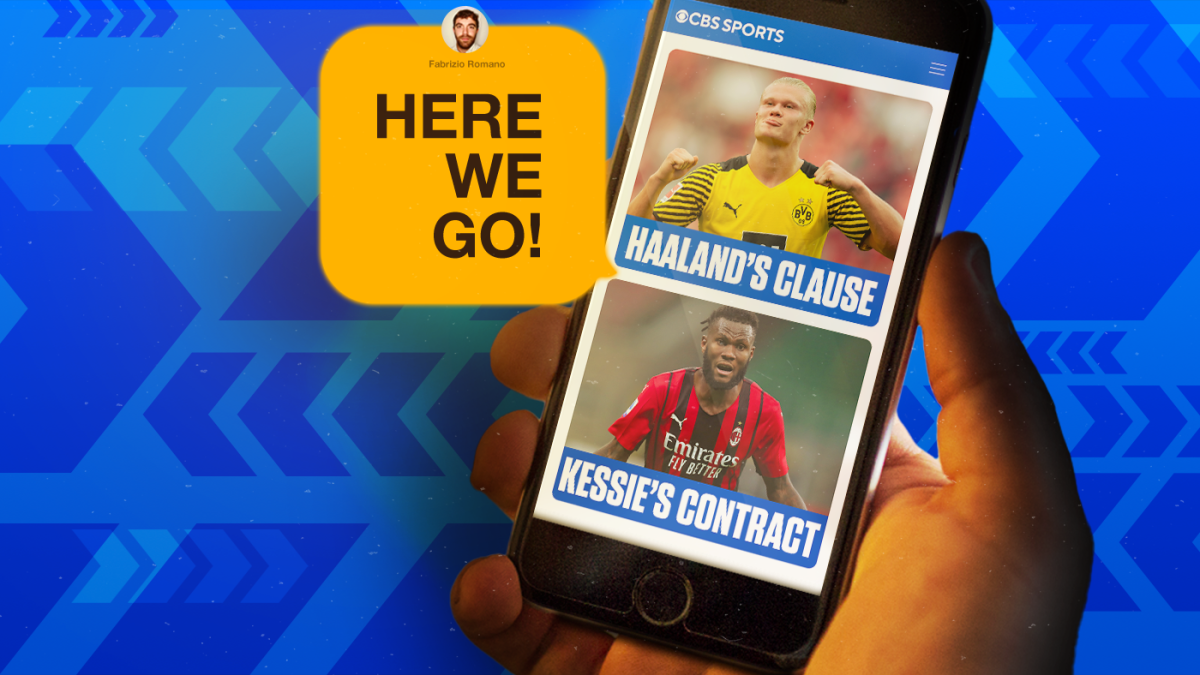 The transfer market never really stops, but the wonderful news is that the UEFA Champions League is ready to start again on Paramount+. It’s the most beautiful competition in the world which, as always, will give the stars we know the brightest stage to shine, but also unveil new talents who will be able to show what they’re capable of to the rest of the world. With that in mind, let’s take a look at a mix of 10 players from this Champions League 2021-22 edition that will surely be the focus of transfer rumors in the next year.

Craving even more from Fabrizio Romano? Listen below and follow ¡Qué Golazo! A Daily CBS Soccer Podcast where we take you beyond the pitch and around the globe for commentary, previews, recaps and more.

Real Madrid were serious in their effort to sign Kylian Mbappe right up until the last day of the summer transfer deadline. Paris Saint-Germain kept their word and demonstrated the will to keep their prized star alongside Lionel Messi and Neymar for this season. Mbappe’s contract expires at the end of this season (June 2022) and so far there has been no news of any kind on the player’s side. But Real Madrid still want him at any cost, even as a free agent next June.

The Napoli captain’s contract is also expiring in June 2022 and so far an official negotiation for the extension of the contract has not yet begun. Insigne played a super Euros with Italy and over the summer Inter thought about the chance of signing him before buying Joaquín Correa. Keep an eye on Lorenzo, there would be many clubs interested if he becomes a free agent. But his history with Napoli is not over yet.

The Ajax goalkeeper is still serving his doping ban until November, but his contract expiring in June 2022 will not be renewed. Arsenal had talks with his agents and then bought Ramsdale as the new goalkeeper. He’s also being followed closely by Barcelona as a player who grew up in La Masia. But pay attention to Inter because they have been in contact with Onana’s agents for some time and see him as the perfect heir to Samir Handanovic.

The €75 million ($88.48M) guaranteed release clause (plus additions) in his contract is an incredible opportunity for all parties involved. Mino Raiola and Haaland’s father (former player Alfie Haaland) have already received approaches from all the top European clubs. Haaland will choose, as always, with the vision and project of the club being his absolute priority. The offers are aplenty and include Spanish and English clubs, but PSG and Bayern Munich are also in the race. This will be one to watch as nothing is decided yet.

One of the best left backs in Serie A in years, if not the best ever. Atalanta resisted offers from Leicester and Atletico Madrid this summer and have another Champions League campaign ahead of them. But left backs are incredibly sought after on the market, so it’ll be interesting to see what happens to Gosens at season’s end …

Barcelona really did approach RB Leipzig at the end of the transfer window for Dani Olmo, but there was never any real chance of completing a deal. Leipzig view him as an untouchable, and the prized 23-year-old Spanish player, who spent several years in the Barça youth academy, did not leave the Bundesliga. He still has room to improve at Leipzig and Barça (and others) will keep him on their radar for the near future.

Franck Kessié’s contract expires at season’s end in June 2022. AC Milan want to try to renew the agreement and keep Kessié, who is an important player for the Rossoneri who are finally returning to the Champions League, thanks in part to his excellent performances in the midfield. As a result, three top clubs have already approached him in recent months. Everyone wants him, and while Kessié has declared he wants to stay at AC Milan, the two sides have yet to agree on a contract renewal. He will continue to negotiate very soon.

Jules Koundé will remain a player to watch on the transfer market in 2022. Chelsea offered €50 million for the defender, and although the deal came close to being agreed upon before the deadline, Sevilla did not accept the offer. But that’s not the end of the story, as the deal will still be discussed in the coming months. The plus side for Koundé is that he will play again in the Champions League, as he deserves.

Sevilla tried to buy Jesús Corona in the summer, but they were not the only ones vying for his services. AC Milan were also interested. In the end, Corona remained at Porto where playing Champions League football can help increase his value. Tecatito has his contract expiring in June 2022. Many clubs are looking at Corona as opportunity for next summer.

Renato Sanches has been on Liverpool’s shortlist for over a year. They didn’t make an official offer, though, and RB Leipzig tried instead before buying Ilaix Moriba from Barça. Sanches was held back by an injury that blocked his transfer in the summer. In 2022, he will be able to leave Lille as he’s a name to watch out for in the coming months.