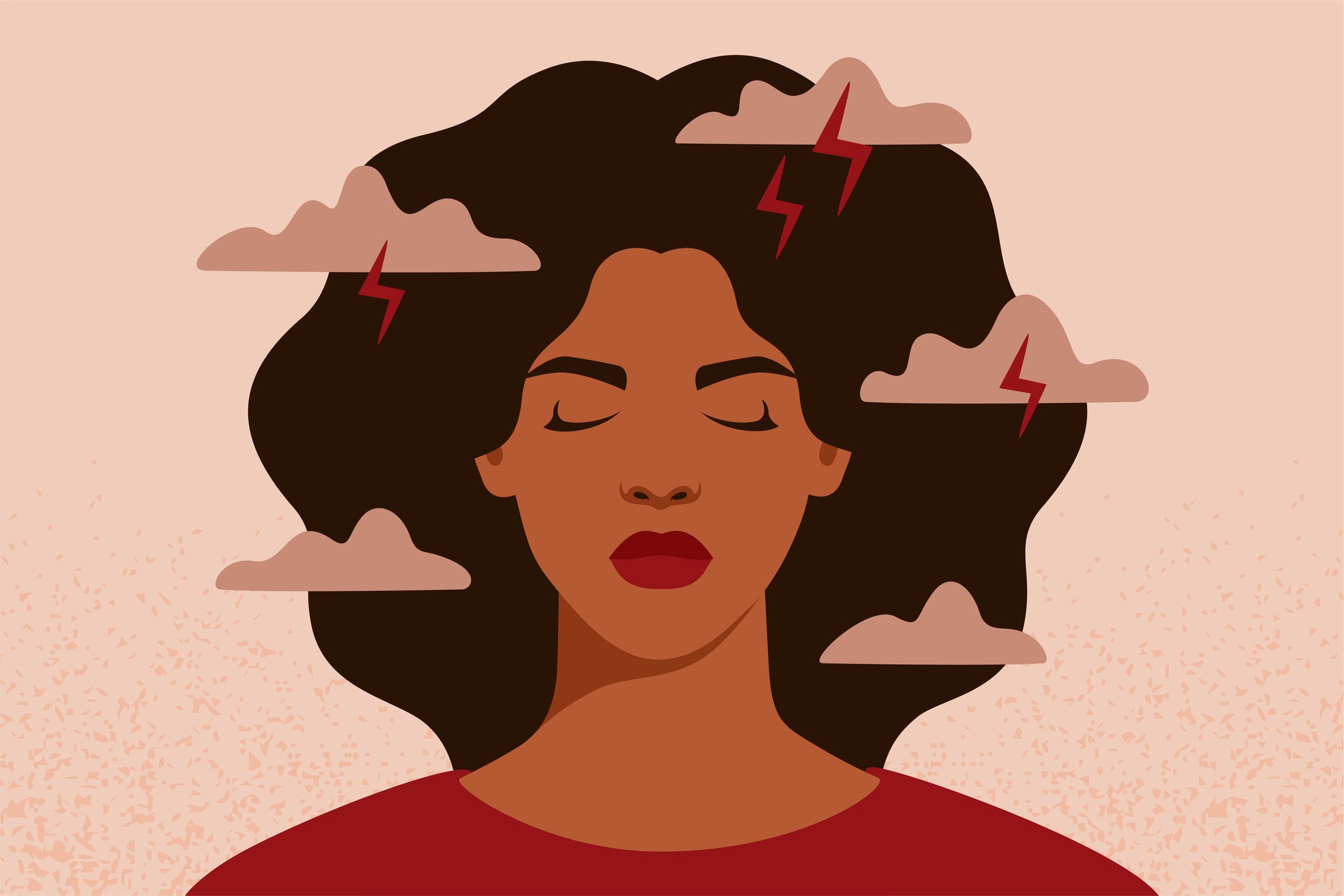 While genetics are an important potential factor in developing bipolar disorder, there are others as well. For example, stressful circumstances, traumatic events, or drug or alcohol abuse could incite a bipolar episode. Studies show difficult events during childhood, such as maltreatment and emotional abuse by parents, may also increase a person’s risk for developing bipolar disorder later on in life5.

While bipolar disorder can occur in people of any gender, women are more likely to meet the diagnostic criteria for bipolar II disorder, which causes depression and less severe manic episodes (hypomania), according to the Cleveland Clinic6. Women with bipolar disorder may also experience faster shifts in mood, which is called “rapid cycling,” potentially due to shifting hormone levels, however, men can experience this too.

Signs and symptoms of bipolar disorder

Read on for some of the most common symptoms of the main types of bipolar episodes.

Depressive episodes in bipolar disorder are a lot like any other type of depression. Symptoms of a depressive episode may include persistent sadness, hopelessness, pessimism, difficulty concentrating, irritability, loss of interest in normal activities, and changes in a person’s appetite or sleeping habits6. If the depression is severe, Dr. Mondimore says it may cause suicidal ideation, which is one reason it’s so important to diagnose and treat.

According to Dr. Mondimore, mania is the exact opposite of depression. Rather than feeling sluggish and down, people experiencing mania have high energy levels and racing thoughts2. This may result in out-of-character, risky behavior, such as drug use, spending excessive amounts of money, or going on unplanned trips, says Dr. Wang. Generally, mania lasts for at least one week, according to the Cleveland Clinic8.

When it comes to hypomania, picture a less severe version of mania. You may experience things like a markedly good mood and increased productivity, but not to the level of a manic episode, according to the NIMH. Typically, hypomania doesn’t affect your ability to work, and episodes last about four days, according to the Cleveland Clinic8. This can sound like a strictly good thing, but untreated hypomania can make you more susceptible to mania and depression down the line.

Manic and depressive episodes don’t always occur separately. Some people with bipolar disorder have mixed episodes, which include both symptoms of depression and mania. According to Dr. Wang, people may feel depressed and engage in risky activities at the same time, or they may feel hopeless and down but still have a lot of energy. Usually, says Dr. Wang, mixed episodes occur later in the course of a person’s bipolar disorder, between ages 30 and 50. Using illicit substances can also trigger mixed bipolar episodes.