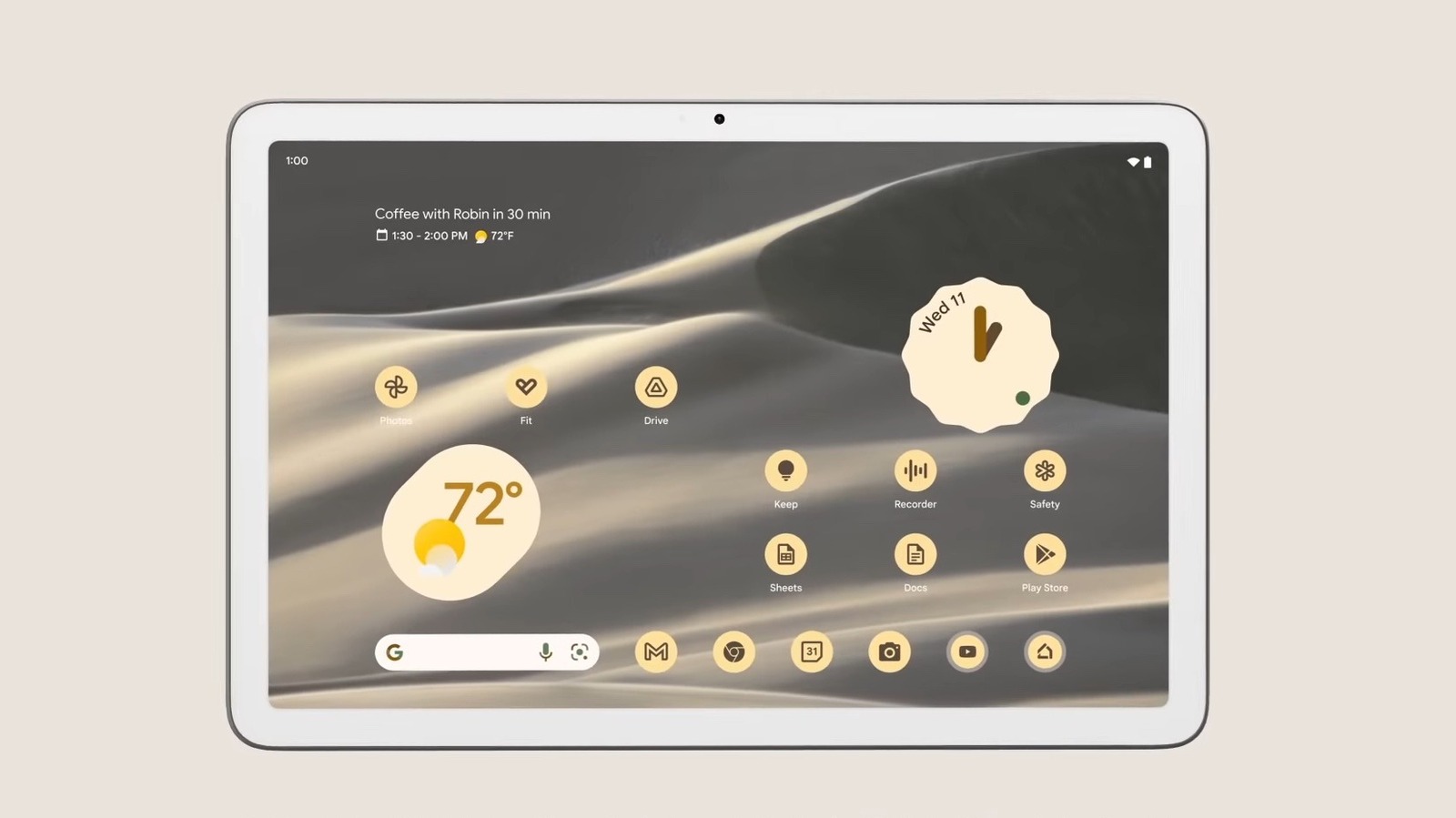 After years of neglect, 2021 saw Google take several steps to make life better for Android tablet enthusiasts. Things began with the announcement of Android 12L in October 2021 — a special Android version designed to address the needs of products with unconventional display formats. Among the devices that would eventually run Android 12L include tablets, foldable smartphones, and large screened devices running the smartphone operating system. Following multiple beta releases — in March 2022 — Google began rolling out the stable version of Android 12L (called Android 12.1 in the final version) for large screened devices.

Interestingly, even before Google confirmed Android 12L, there have been rumors about the software giant working on a Pixel-branded Android tablet. Finally, in May 2022, at Google I/O, Google confirmed the existence of this tablet after it made a brief appearance in Google’s Pixel portfolio video. However, the video revealed precious nothing about the tablet in terms of specs. What it did showcase, however, was the rather uninspiring design — that would have a hard time standing up to the aesthetics of its chief competitor — Apple’s iPad. This official “leak” in May was followed by a series of minor revelations that gave us an overview of what to expect from the Pixel Tablet.

In the most recent leak surrounding the Pixel Tablet, a developer named Kuba Wojciechowski revealed that the Pixel Tablet has entered a crucial phase of its development called the EVT phase. He also revealed several hitherto unknown hardware specs of the device.

According to Kuba Wojciechowski, the Google Pixel Tablet has entered an important phase in its developmental journey called the EVT phase. Short for Engineering Validation Test, the EVT phase is typically preceded by the prototype phase, which involves the company trying out several design and software variations. By the time a product reaches the EVT phase, the company has nearly finalized the design. The key objective of this phase is to check how well the final design holds up to the rigors of normal usage. As part of this, Google will put the Pixel Tablet through multiple tests to ensure the product is ready to move to the final production phase. Wojciechowski also confirms that some Google Pixel Tablet units have been shipped to India for EVT validation — indicating that it will be among the list of countries where the product would go on sale.

In addition to revealing the current development status of the Pixel Tablet, Wojciechowski also revealed some of the device’s rumored specs. He claims that the Pixel Tablet could be offered in 128GB and 256GB variants and will also feature a 10.95-inch display. While there was no mention of crucial aspects of the display, including the display type and resolution, the report does state the possibility of it getting a USI 2.0 stylus. The rest of the features of the Google Pixel Tablet continue to remain shrouded in mystery. However, with a planned 2023 release, there is still some time for additional details of the product to leak.