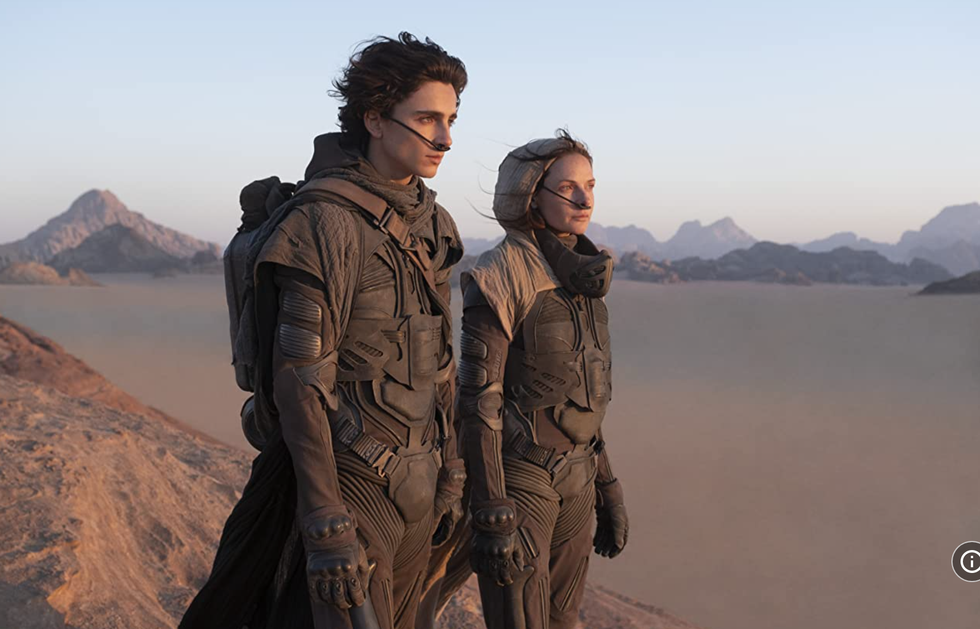 Villeneuve has shot in deserts before, including for August 32nd on Earth (Utah salt flats) Incendies (the middle east), Sicario (Chihuahuan desert), and in his last film Blade Runner 2049 (where the team shot a post-apocalyptic Las Vegas).

So much of the world of Dune relies on the desert, what it holds, what it does to Paul—it charms and fanaticizes. “When Paul is for the first time in contact with the desert,” Villeneuve said, “[it] feels strangely familiar. That for me is the moment that deeply moves me. The fact that he is in a totally alien landscape, but he feels at home.”

Because of these moods, Villeneuve insisted on filming Dune on location, even though he had the resources to shoot most of the story in a studio—cinematographer Greig Fraser, who worked on Dune, came from The Mandalorian, which famously makes use of real-time computer rendering on indoor sets.

There would be no compromise. The Dune production team scouted locations using Google Maps, looking for deserts with the sort of rock formations described in the novel. They considered Iran, Chad, Mauritania, and Libya. Villeneuve even took reconnaissance flights in a helicopter to scout locations.

Here’s where the team decided to shoot.

Where was Dune filmed?

Dune was filmed in the deserts of Jordan and the United Arab Emirates, where temperatures reached as high as 120 degrees Fahrenheit. Dune star Jason Momoa (Duncan Idaho) said filming in the desert, where he had to run through sand and wind, was one of the most taxing things he’s ever done.

The scenes that take place by rock formations were filmed in Wadi Rum, a desert valley in southern Jordan. Because the location lacked the dunes Villenueve needed for other sequences, the team decided on a second location. After filming in Jordan, they collected samples of the sand in order to find the next best spot. The desert scenes were ultimately shot in the Rub’Al Khali desert in Abu Dhabi.