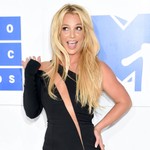 Britney Spears has deleted her Instagram account but reassured her fans with the happy reason she’s taking a break from the social media app.

“Don’t worry folks … just taking a little break from social media to celebrate my engagement !!!!” she wrote on her Twitter account, which remains active. “I’ll be back soon.” Billboard can confirm that Spears chose to delete her Instagram account.

The pop superstar, 39, and 27-year-old personal trainer-turned-actor Sam Asghari announced their engagement Sunday, when Spears waved her sparkling engagement ring and kissed her now-fiancé on Instagram. They had been dating since 2016 when they met on the set of her “Slumber Party” music video. “I can’t f—ing believe it!!!!!!” she wrote on the post, using several ring emojis in her caption.