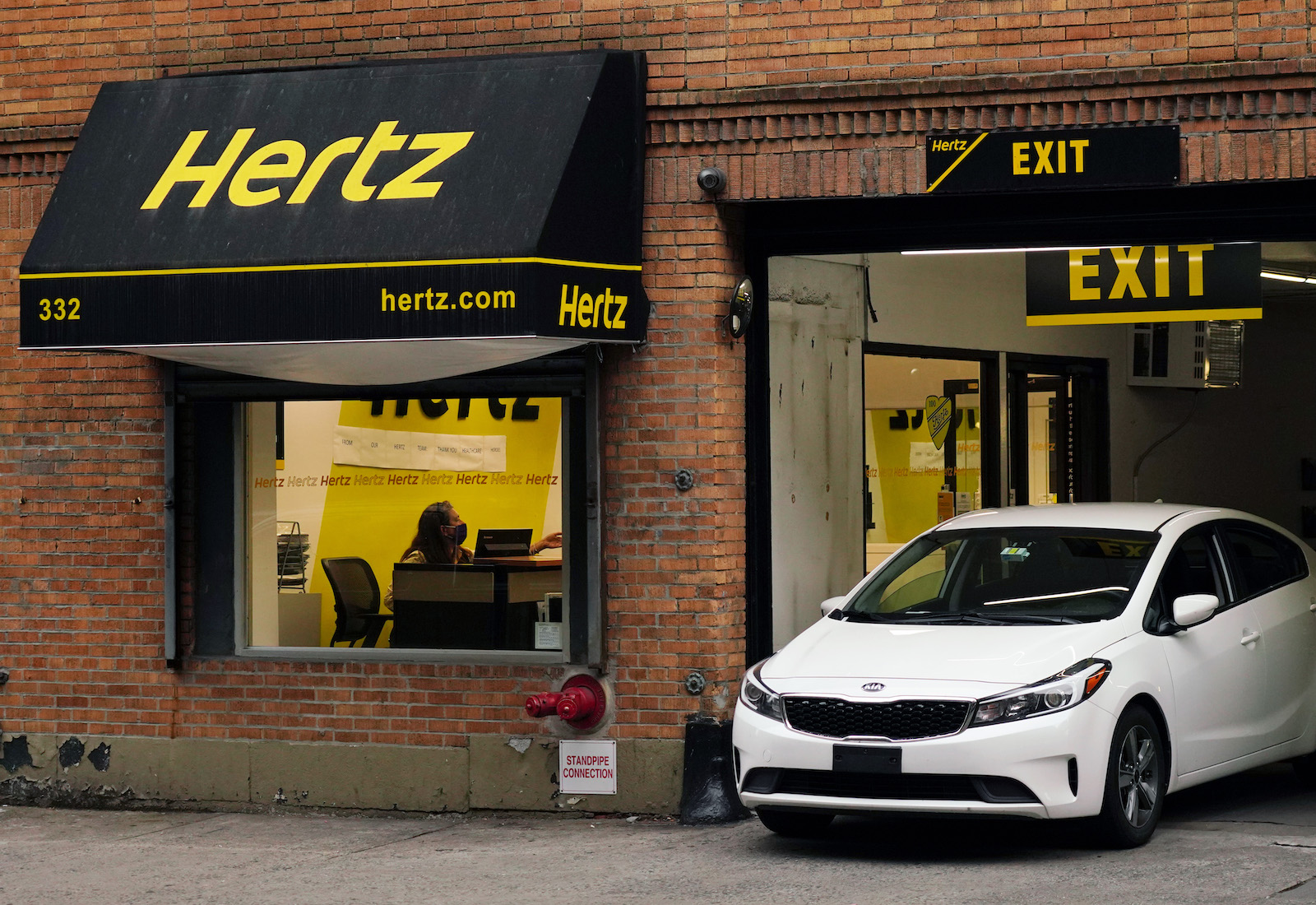 The U.S.’s second-largest car rental company is betting big on a greener fleet.

Hertz announced Monday that it had placed an order for 100,000 Teslas as a first step toward electrifying its fleet of rental cars. The move represents the largest single purchase of electric vehicles ever, and comes just months after Hertz emerged from bankruptcy. In a press statement, Hertz’s interim CEO, Mark Fields, billed it as a major new chapter for the company.

“The new Hertz is going to lead the way as a mobility company,” Fields said, “starting with the largest EV rental fleet in North America and a commitment to grow our EV fleet and provide the best rental and recharging experience for leisure and business customers around the world.”

Hertz’s order, comprised entirely of Tesla’s Model 3 sedans, is expected to be delivered over the next 14 months, although customers in some locations will be able to rent a Model 3 as early as November. By the end of 2022, electric vehicles will make up one-fifth of Hertz’s global fleet — an enormous percentage, given that EVs currently account for less than 3 percent of all new car sales.

In the company’s press release, Hertz said that it would also install “thousands” of new charging stations to accompany its electrifying fleet. These stations will be available to customers in addition to Tesla’s existing network of charging points throughout the U.S. and Europe.

Jennifer Weiss, an electric vehicle researcher focused on the Southeast, welcomed the news from Hertz. “With a purchase that represents 20 percent of its global fleet and a commitment to install thousands of charging stations, Hertz is giving notice that EVs are mainstream and here to stay,” she told Grist.

Other experts agreed, noting the announcement’s potential climate implications. “Incorporating EVs in conventional rental fleets like Hertz’s is an important step towards achieving the greenhouse gas reduction goals set in California and at the federal level,” said Debapriya Chakraborty, an assistant professional researcher at the University of California Davis’ Plug-In Hybrid & Electric Vehicle Research Center. Electric vehicles don’t emit any greenhouse gases directly, and the electricity needed to power them will become cleaner as more renewables are added to the grid.

Hertz’s announcement follows a rough year and a half for the company. In May 2020, as people stayed home during the first major wave of COVID-19 lockdowns, the company filed for bankruptcy. It reemerged in June 2021 after a group of investment firms provided the company with nearly $6 billion in capital. Now, things are looking up — on Monday following Hertz’s press announcement, the rental car firm’s stock soared by 10 percent.

Hertz’s purchase is a windfall for Tesla, too, bringing the EV manufacturer some $4.2 billion of revenue, according to anonymous sources cited by Bloomberg. On Tuesday, Tesla’s stock rose to an all-time high of $1,024.86, making it one of only six companies with a market capitalization of $1 trillion or more. The others are mostly tech giants — Apple, Microsoft, Amazon, and Google’s parent company — as well as the state-owned oil giant Saudi Aramco. Tesla’s CEO benefited personally as well: With the latest surge in the company’s stock price, Elon Musk’s net worth rose to $252 billion, widening his lead as the richest person on the planet.

One potential question mark surrounding Tesla’s deal with Hertz is the EV manufacturer’s ability to deliver so many cars so quickly. In 2018, Musk tweeted that the company was in “delivery logistics hell” as it ramped up production of the Model 3. As of August, delivery problems seemed to have persisted, with some customers reportedly being forced to wait months before receiving certain Tesla models.

However, he added that Hertz’s deal with Tesla may connect customers with electric vehicles when they otherwise never would have driven them. “The performance of an EV still surprises people the first time they get behind the wheel and often increases their willingness to consider a purchase,” Johnson said. The company’s announcement “will help make EVs seem that much more normal to the public.”