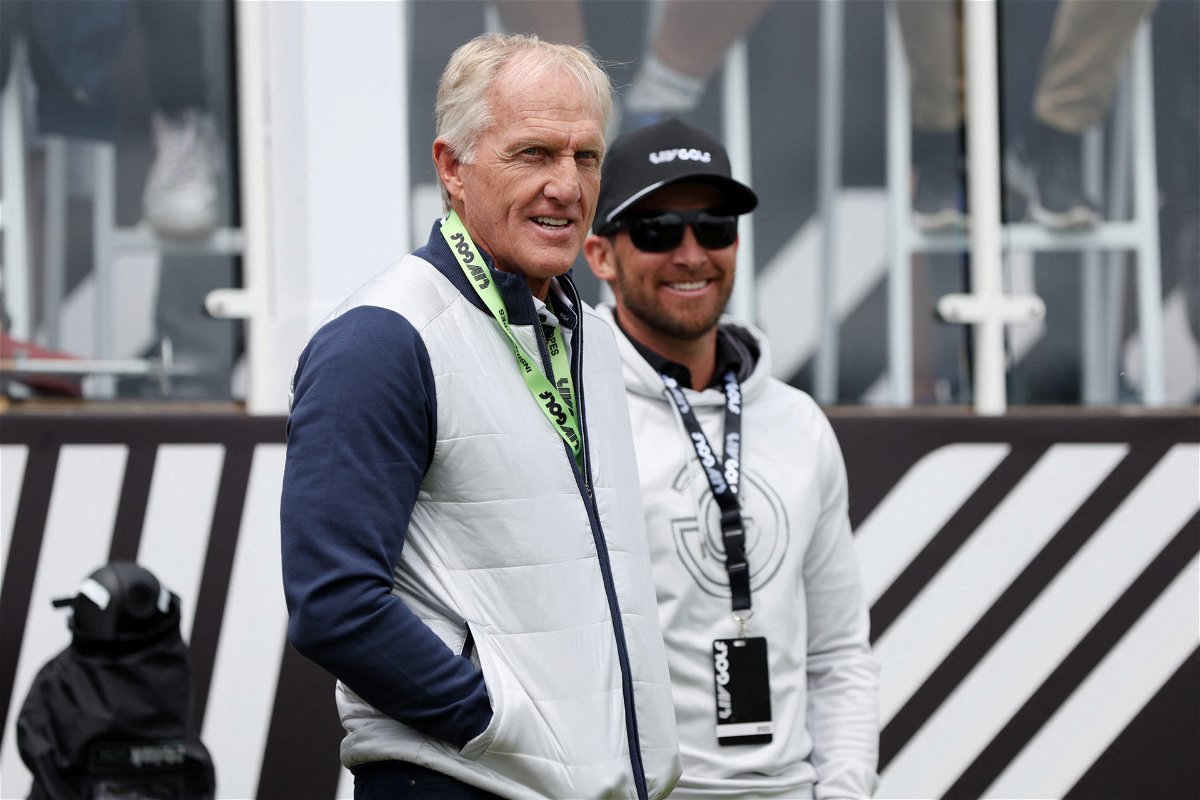 Ever since Greg Norman decided to be one of the major masterminds behind LIV Golf, things have not been the same. The PGA Tour has made attempts to ban all LIV defectors from their Tours. However, the backlash from the PGA Tour is not sitting well with ‘The Great White Shark’.

Recently, Greg Norman and his son have tried to bring to light how the Tour has asked Norman “not to attend” the charity golf tournament that he has been hosting for almost 33 years. However, their criticism of the Tour also did not sit right with many Twitter users.

Norman shared a post on his social media. Wherein, he informed his followers about how the Tour uninvited him from the event that he hosted for charity for the last few decades.

In a Twitter post, Norman made allegations against the Tour for uninviting him to the said event. People were quick to react. While some supported Norman for what he said, others rose in disagreement with his statement and decided to speak in support of the Tour.

Norman said, “Why one might ask? Perhaps it is because I am helping to give golf a new heartbeat, creating new value and delivering a new product that is loved by players, fans, and broadcasters alike. And in doing so, finally giving players their rights as independent contractors to benefit from their performance and brand. In some people’s minds, this is too disruptive and evolution is perceived as a bad thing. I disagree — competition breeds excellence.”

Norman’s son was also not far behind in coming to his father’s support, and retweeted the statement issued by Norman. Many Twitter users acknowledged and reacted to his retweet of the statement.

How did Twitteratis react to this feud between Norman and the Tour?

The tweet garnered attention from fans around the world. It received mixed reactions from different people. While some supported Norman in his stance against the Tour, others defended the PGA Tour for its reaction. Some of the reactions in support of the Tour are as follows:

Used to be a big fan of your dad. Unfortunately he’s lost all of my respect by partnering with murderers.

Ahhh…so, I suppose if your former employer was suing you, that you would just welcome them back with open arms, huh? Not even a week after he said he has no intention on working things out with the Tour…🖕him and his ego.

I doubt I’d be let near anything related to entity I was suing either.

Many employees have to deal with a noncompete clause when they leave their company. It is strategically smart to eliminate or mitigate the competition, so not surprised at all by the PGA tour‘s reaction to your dad‘s endeavors.

Stop complaining. That’s all you do now. You’re more like Lil Minnow, not Shark.

That sucks but if you boarded at my barn and ran a charity show while at my barn but when you left you took half the boarders then I would not want you to run the charity show anymore. That’s logic. Have him start a charity with LIV.

If you left a job and tried to poach your former employers’ talent and put them out of business, would they let you back?

The reactions were diverse, as always. Most fans, however, came in support of the Tour. They pointed out how it was natural and obvious for the Tour to not invite him.  Considering how Norman poached the Tour of their business and took away the human resources and talent it held, this was only expected.

What do you think about Norman’s opinion on the issue? Share your thoughts in the comments section below.