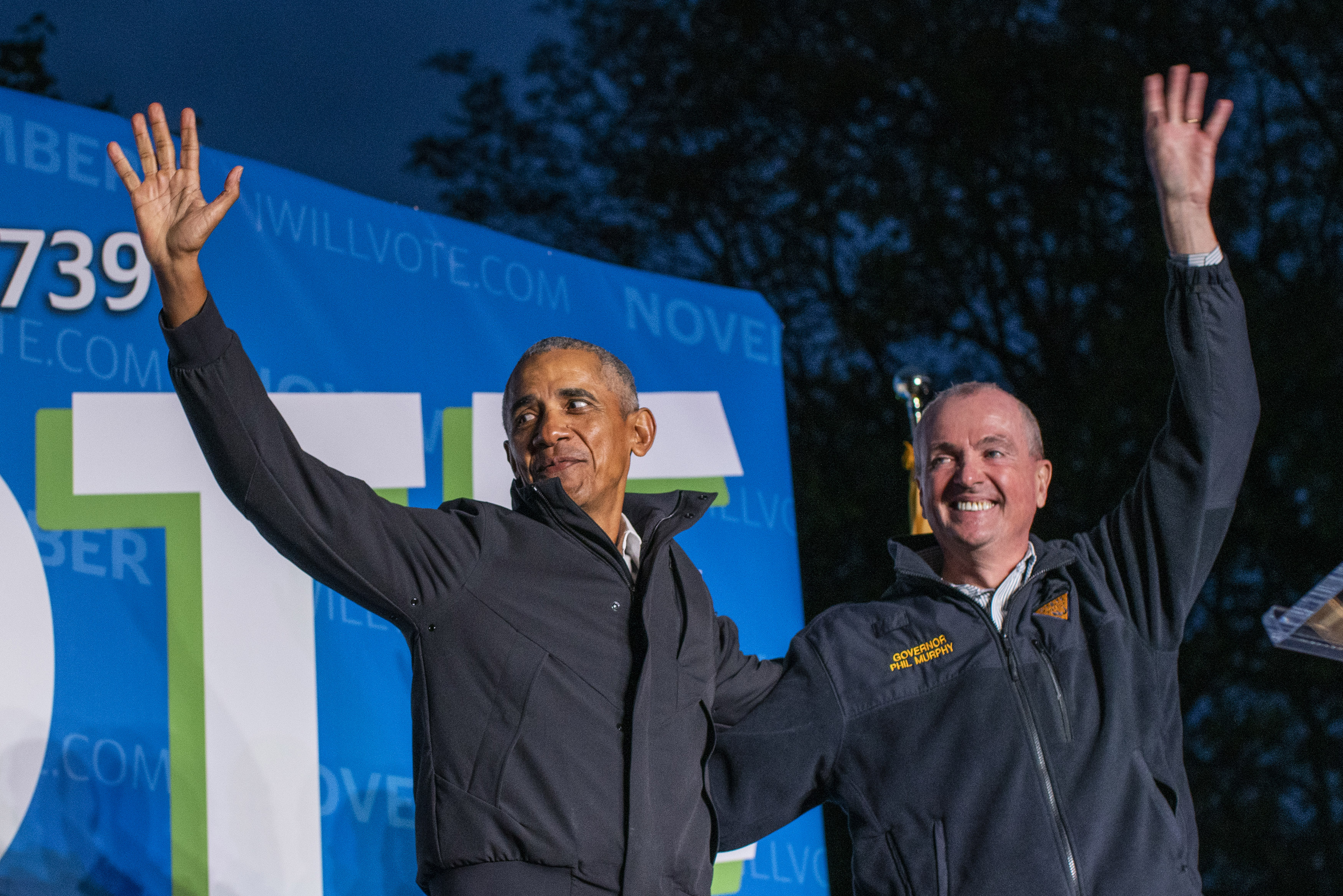 The last time a Democratic governor
won reelection in New Jersey, Americans were packing theaters to watch Luke
Skywalker save the galaxy in Star Wars, the top TV show was Three’s
Company, disco ruled the airwaves, and the only “media” that was “social”
was this thing called the rotary phone. That year was 1977, and it’s when
Democratic Governor Brendan Byrne won reelection. No Democratic governor has
been reelected since in the Garden State.

This November, though, New Jersey’s
Democratic Governor Phil Murphy could finally end that more than four-decade
drought. The race has tightened a bit in recent days, but Murphy still appears
to be poised for a win. You would think the media would want to know how
Murphy, who leads GOP opponent Jack Ciattarelli by six points in a recent
poll, has put himself in a position to end the Jersey Democratic governor
reelection curse. But instead, just about everyone in the political universe is
ignoring Jersey and obsessively focusing on the Virginia governor’s race between Democrat
Terry McAuliffe and Republican Glenn Youngkin.

It’s not that the Virginia race is
not meaningful. That race is neck-and-neck in a state Joe Biden won by 10
points, so the attention is understandable. But the New Jersey governor’s race
might be more of a bellwether for the popularity of Biden and the Democrats’
policy proposals than Virginia. There’s a simple reason for this: Murphy has
already enacted many of them. For example, Biden is proposing a tax increase on
the wealthy in the human infrastructure bill currently being crafted by Democrats.
Well, Murphy already enacted a tax increase on people making more than $1 million,
bumping the rate up from 8.97 percent to 10.75 percent.

On Covid-19, Murphy—like Biden—has mandated
vaccines or weekly testing for a large swath of workers. In Murphy’s case, this
requirement applies to school and state workers—and just last week, Murphy
signed an executive
order expanding this mandate to state contractors.

Perhaps some dismiss Murphy’s race because
they believe New Jersey is a deep-blue state. Well, that’s true for presidential elections, given that the last GOP presidential candidate to win the Garden State was George H.W.
Bush, back in 1988. However, it’s not the case when it comes to the governor’s
job.

The two previous Democratic governors who sought
reelection since 1977 lost their races. There was Jim Florio in 1993, who was
defeated by Christie Todd Whitman, and then Jon Corzine, who lost reelection in
2009 to Chris Christie. And it was just in 2013 that Jersey residents reelected
Christie, who served until January 2018. The reality is the state can swing either
way when it comes to the top executive position. And as noted above, the polls in
the Murphy–Ciattarelli race have closed with Murphy’s lead down from 13
points a month ago to his current lead of six.

There are similarities between the Jersey
and Virginia governor’s races that may be instructive for Democrats as we are
watching both GOP gubernatorial candidates try to entice Trump supporters while
not alienating independent voters and others disgusted by Trump. For example, in
Virginia, a recent pro-Youngkin rally was headlined
by Steve Bannon—and Trump called in by phone to endorse Youngkin again after
a jaw-dropping pledge of allegiance to an American flag that was carried by a
Trump supporter in the January 6 insurrection. While Youngkin criticized the pledge
to the January 6 flag as “weird
and wrong,” he didn’t denounce Trump’s endorsement.

Back in Jersey, Ciattarelli is
trying the same political gymnastics. Last November, he spoke at a “Stop the
Steal” rally held outside Trump’s golf club in Bedminster, New Jersey. Despite video
of the event, the GOP candidate claims
he thought it was some type of general
pro-GOP rally. The question, in both races, is will the ties to Trump hurt
or help them more?

To those who are saying “forget about
it” when it comes to the Jersey race for governor, they simply don’t know New Jersey’s
history when it comes to electoral woes of past Democratic governors. Being a
born and bred Jersey boy, I get that it may be too much to say as Jersey goes
so does the country, but focusing just on Virginia’s race is as wrong as eating
pizza with a fork and knife—or worse, trying to pump
your own gas in Jersey.

If Murphy—or McAuliffe, for that
matter—loses next week, it doesn’t necessarily mean the Democrats in 2022 are
poised for disaster, but it will raise bright red flags that the Democratic base and their allies
are not as fired up, even in blue states, as they were when Trump was in office. But if Murphy
is victorious, ending the 44-year drought for Democratic governors in Jersey
seeking reelection, Democrats on the national scene should take note that
Biden’s proposals are not just good policy, they are also good politics.