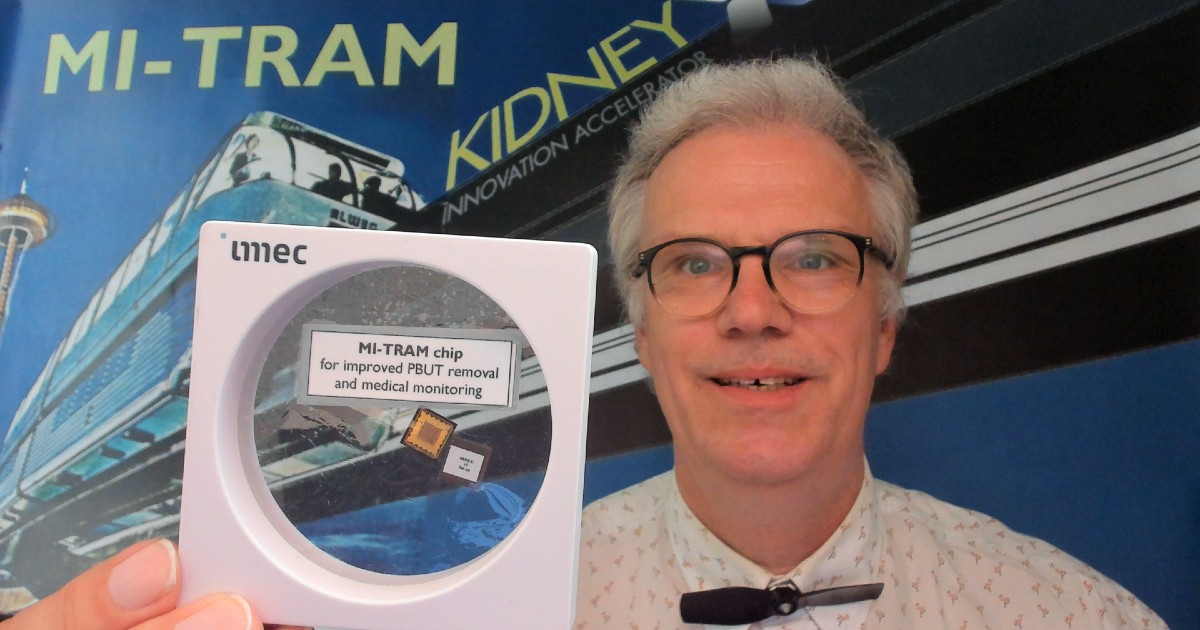 The U.S. Department of Health and Human Services and the American Society of Nephrology announced the winners of the $3.9 million Phase 1 of the KidneyX Artificial Kidney Prize this week.

The solutions include a wide range of projects aimed at innovating kidney health.

Dr. Shuvo Roy, director of the Biodesign Laboratory at University of California San Francisco and technical director of the Kidney Project, said the collaborative potential of KidneyX – which first opened submissions for Phase 1 of the prize this January – excited him.

“We want ideas that have been implemented in other fields,” said Roy in an interview with Healthcare IT News. “There’s so much work that’s been done in healthcare IT. If folks in the IT field can help, we can partner up with them.”

Phase 1 of the Kidney Prize called for component or integrated prototype solutions that enable and advance the functionality, effectiveness or reliability of artificial kidneys. The six winners, announced at the virtual KidneyX Summit this week, are:

Dr. Ira Kurtz, board member of the U.S. Kidney Research Corporation and Nephrology Division Chief at UCLA, told Healthcare IT News that his team took a lesson from the development of flying machines when it came to developing their artificial kidney.

“The Wright Brothers chose not to use wings based on an actual bird wing design,” said Kurtz. “Similarly, we decided not to use anything biological such as cells. We think it’s too complex.”

“The kidney is the most complex organ in the body – even more than the brain,” he said. “It’s easier to build a 747 [plane] from stem cells than to build a kidney.”

Kurtz explained that an artificial kidney must accomplish multiple functions: It must filter without excreting sugar, while transporting specific electrolytes and handling water volume.

“Taking all these principles and minimum requirements, we came up with the technology we’ve been working on for four to five years,” he said.

At this point, the project needs an additional $9 million to get to the final prototype phase and begin testing on humans.

“We’re limited by money,” he said. “We know exactly what needs to be done and how to get there. We just need to pay people.”

Kurtz says he hopes the announcement of the prize will jump-start interest in the project, in addition to allowing for collaboration with other teams.

Roy also has aspirations that the Artificial Kidney Prize will act as a springboard for additional funding.

“I’m hoping the prize will catalyze the investor community,” he said. When it comes to the UCSF team’s bioartificial kidney, he said, “We can get it through the research stage – beyond that, it’s going to require partners.”

Roy has been working on kidney research since the early 2000s, he said. But it was only in the last five to six years, with the support of public-private partnerships like KidneyX, that he and his team have been able to focus on innovation more thoroughly.

“What we’re building is an implantable device that will provide complete mobility with continuous treatment,” he explained.

The aim, he said, is to create a “universal donor organ” that will allow anyone to receive the benefits of a functioning kidney. The device would also include sensors that could act as a platform to help clinicians monitor patients’ overall health.

Roy notes – as others have – that technology to treat end-stage kidney failure has not meaningfully changed in decades. He says that for a variety of reasons, the disease has not been one that’s received a lot of attention.

“Most of the people who have kidney disease and end up in kidney failure tend to be the ones that are not at the top of the economic ladder,” he said.

Indeed, a 2012 Centers for Disease Control and Prevention study found that among people with chronic kidney disease in the United States, lower socioeconomic status is associated with greater risk of disability.

Roy points out that until recently one of the criteria for receiving a transplant was the ability to take immunosuppressive anti-rejection drugs – which Medicare only covered for three years post-transplant for recipients who were eligible because of kidney failure.

“I know at least one patient” who held off on obtaining a kidney transplant until their insurance would cover the medication, he said.

While Roy and Kurtz’s teams focused on development of artificial kidneys, the imec USA Nanoelectronics Design Center has tried to emulate what Fokko Wieringa, principal scientist at imec the Netherlands, called “the Dolby idea.”

Like the speaker company’s technology, Wieringa said he sees imec’s toxin-removal system as compatible with multiple different devices – including wearable or implantable artificial kidneys. Wieringa explained that certain toxins cling electrostatically to proteins, meaning they are not filtered out in dialysis – as they are in healthy kidneys – and can build up.

“Just shake it, baby!” Wieringa laughed during an interview with Healthcare IT News.

But the lab table full of equipment required to produce such waves can be bulky and create unwanted radio interference.

“The result is so small that it fits on my fingertip,” said Wieringa.

Wieringa explained that the team still has to duplicate the functionality in-vitro, then in goats on dialysis, and then in people who use a regular dialysis machine. Eventually, they hope to offer developers of implantable and wearable artificial kidneys an evaluation kit with which to access all chip features.

HHS and ASN expect to launch the next phase of the global competition, which will award up to $6 million in prizes later this year.

“The prize offers a much appreciated financial injection to do the research, but additionally the KidneyX solvers community helps to spread the evaluation kit to the active innovators. That’s a two-stage rocket!” said Wieringa.

“I’m hopeful this will be a catalyst and encourage others to come in,” agreed Roy. “We can hopefully roll with it and grow the teams, so we can go for what’s important to the patient community: better quality of life.”