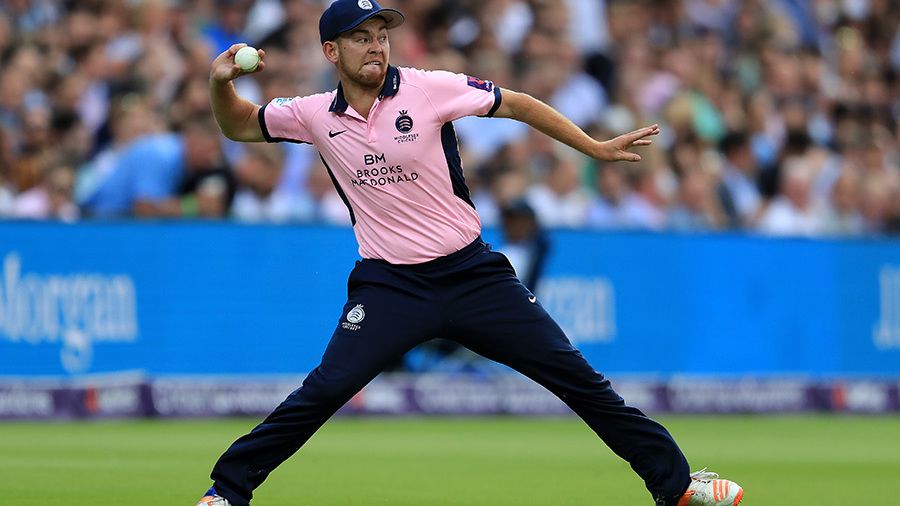 Ryan Higgins has left Middlesex for Gloucestershire in a transfer which illustrates the growing challenge for counties to compete successfully in both the four-day and T20 formats.

Higgins, who has represented England at Under-19 level, was an ever-present in Middlesex’s unsuccessful Blast campaign in 2017, where he produced a number of uninhibited innings, but he has ended his association with the county because of a wish for greater Championship experience.
Middlesex, stocked with Championship batsmen (although their relegation suggests not as stocked as they imagine) have been unable to offer the openings that Higgins expects to achieve with Gloucestershire.

Higgins’ departure is a big blow for a T20 side that was packed with big names but which failed to gell and did not achieve the expectations generated by the arrival of Dan Vettori as a specialist T20 coach – Middlesex being one of only two English counties to go down that route.

Angus Fraser, Middlesex’s director of cricket, suggested that the county could not give Higgins the guarantees about regular cricket that he wanted, an echo – if a gentle one – of Surrey’s inability to keep Dom Sibley earlier in the summer.

Sibley joined Warwickshire with Alec Stewart, Surrey’s director of cricket, not disguising his irritation at Sibley’s seeking of a promise that he would bat top-order in all formats.

Fraser was more measured in his comments. “It is obviously disappointing to lose a young cricketer who has come through your system that you would like to keep at the club,” he said.

“In the past couple of years Ryan has shown glimpses of the cricketer he could become and he was very much part of our plans moving forward. What we couldn’t do was guarantee Ryan the batting positions he wanted.

“Everybody at Middlesex wishes Ryan well at his new club and we look forward to playing against him in 2018.”

A county season now played in blocks has added to the frustrations of players not chosen across all formats. T20 specialists are limited to a two-month season whilst players used only in the Championship figure only at the beginning and end of the season and sit idle in midsummer when cricket is at its most attractive.

Such practical considerations are limiting the extent in which counties can field two specialised sides as well as contributing to a quickening transfer market with mid-season moves much more common.

No wonder that the ECB is currently looking into whether current levels of compensation to counties who commit heavily to producing players and then see them move on before they have provided many benefits in return are outdated and inadequate.

Now 22, Higgins burst onto the scene in 2014 with an outstanding unbeaten 44 in his senior debut to help Middlesex to victory in their first NatWest T20 Blast victory that season.

Gloucestershire will keenly anticipate Higgins’ arrival after feeling his potential in the opening match of the Cheltenham Cricket Festival.In front of a sold-out NatWest T20 Blast crowd, Higgins was the star man hitting a magnificent 68 off 28 balls, including six sixes, to salvage an unlikely tie.

Gloucestershire head coach Richard Dawson said: “He has a lot of potential in all formats of the game and has already shown that he is a very dangerous T20 and one-day player.”

Higgins said: “I’m really excited to be joining Gloucestershire. I enjoyed working with Richard Dawson during my time with the England Under-19’s and am aware of the young talent within the squad he has put together.

“I am keen to continue with the development of my game in the next few years with a special emphasis on my red ball batting. The key though, of course, is to contribute to team success which I am confident can be achieved.”

David Hopps is a general editor at ESPNcricinfo @davidkhopps