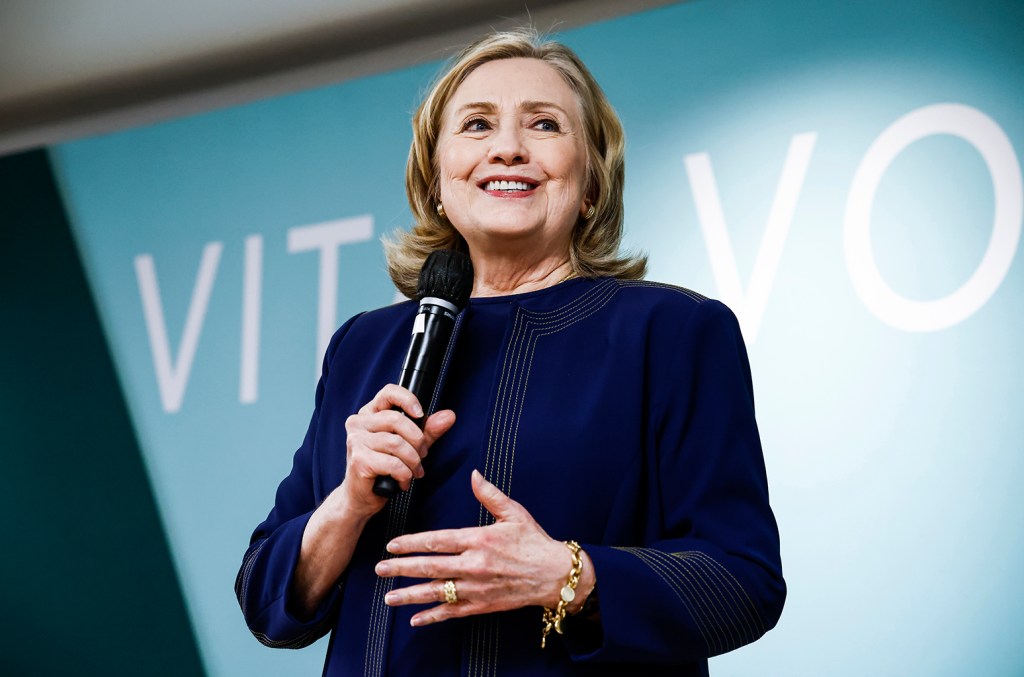 Hillary Clinton took to social media on Tuesday (Nov. 22) to give Lea Michele and the cast of Broadway’s Funny Girl her personal stamp of approval.

“Had the best time seeing @leamichele and company in @funnygirlbway this weekend. Don’t miss the show!” the politician wrote on Instagram beneath a photo of herself posing with the Glee alum, who plays Fanny Brice. In the snap, Michele wears a simple gray cardigan while the former Secretary of State and 2016 presidential candidate grins beside her wearing a nameplate necklace emblazoned with the name of her eight-year-old granddaughter, Charlotte.

Clinton’s visit to the August Wilson Theatre comes just one week after Michele and her cast mates unveiled the new Broadway cast recording from the revival, featuring studio versions of classics like “I’m the Greatest Star,” “Sadie, Sadie,” “People” and, of course, “Don’t Rain on My Parade.”

And while Funny Girl‘s leading lady has gotten plenty of famous visitors backstage lately, including Olivia Rodrigo, her Glee cast mates have generally been split about whether they’ll see the show.

On the one hand, Darren Criss, Becca Tobin and Michele’s bestie Jonathan Groff have all stopped by for a backstage visit. On the other, Jenna Ushkowitz (whose production company UshkowitzLatimer has netted two Tonys), Kevin McHale and Chris Colfer have all either politely dodged the question or made it clear they won’t be in the audience. (“I can be triggered at home,” quipped the latter when questioned by Michelle Collins about seeing the show.)

Check out Clinton’s post-show shout-out to Michele and the cast of Funny Girl here.