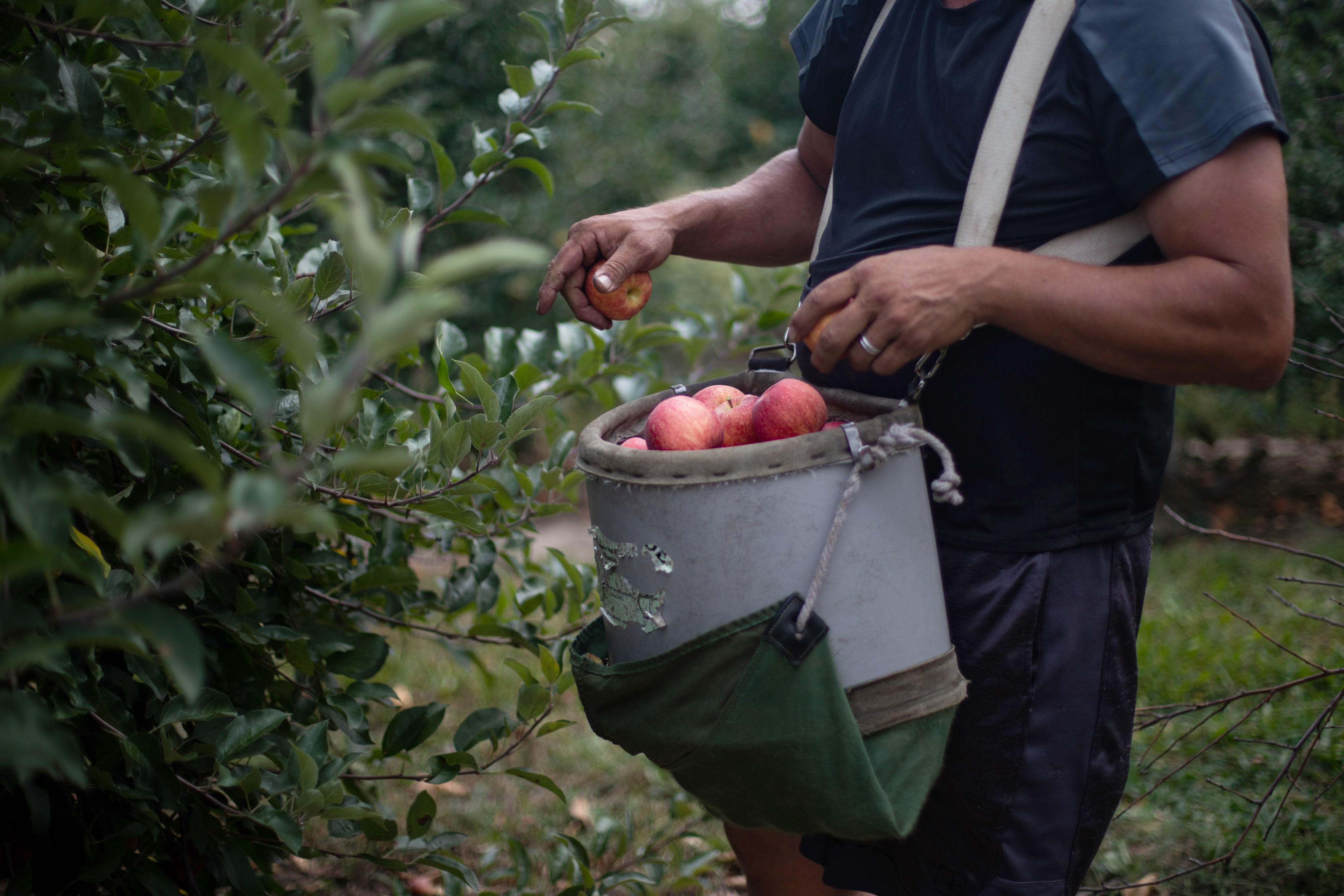 It’s been a tough season for U.S. apple growers. Climate change made it worse.

From late-spring frosts in western Michigan to triple-digit heat in the Pacific Northwest, apple growers saw a nearly 19 percent drop in fresh-market apple holdings in June 2021 compared with June 2020, according to recent production statistics released by the Agriculture Department.

In central Washington state, the nation’s largest apple-producing region, temperatures hovered 10 or more degrees Fahrenheit above average during early summer, according to the latest USDA “Fruit and Tree Nuts Outlook.” Magnifying that misery was a record-busting Western heat wave, when temperatures soared well above 100 degrees in late June and early July, including a record 113 degrees June 30 in Wenatchee, Wash.

Michigan, the nation’s No. 3 apple-producing state, faced the opposite problem. Subfreezing temperatures in late April and early May led to a reduction in harvests between 10 percent and 30 percent. “I’m about 600 bins short in production here,” said Keaton Foster, owner of BrixStone Farms about 2 miles east of Lake Michigan in rural Manistee County.

Even with an average 15 percent increase for BrixStone’s most popular apple, the Honeycrisp, Foster said the farm will be “short significantly” of revenue projections. “It seems people are buying a lot of apples, but revenue will be low because our commercial sales are down,” he said. “Next year, if we have a crop, it could be a pretty nice year.”

Apple growers across the country—from California, Oregon and Washington to Michigan, Pennsylvania and New York—are experiencing increasingly unpredictable climate conditions from year to year and season to season. Wild temperature swings, windstorms, wildfires and polar vortexes can destroy a season’s crops, and entire farms, in minutes. Scientists say such extreme conditions are enhanced by climate warming.

While apple picking season is winding down across the Great Lakes region and firmer production numbers are forthcoming, in Washington—which produces more than half the nation’s fresh apples—this year’s harvest could extend to late November or early December, said Tim Kovis, spokesperson for the Washington State Tree Fruit Association.

The Washington season generally has two peaks, in the early fall for Galas, Golden Delicious and Honeycrisp, and late fall for Red Delicious, Cosmic Crisp, Pink Lady and other varieties. Overall fresh apple production in Washington was forecast to be between 2.3 percent and 7 percent higher than last year, according to government and industry statistics.

But the impacts of the summer heat wave have yet to be fully revealed.

“Many growers think they could have lower production, smaller sizes, more sunburn damage, and/or internal fruit damage,” USDA analysts wrote in the latest outlook report. “Even after harvest, there will be some uncertainty about how stored fruit will hold up. Many factors affect how heat can affect tree fruit, including hours of direct sunlight, topography, tree architecture, availability of overhead cooling or shade cloth to mitigate heat damage, and type of fruit.”

Kovis said it is “not uncommon” to see high temperatures in Washington’s primary apple growing region during the summer, but “it was extreme and the timing was earlier than usual.” The heat wave has been a hot topic among apple growers and processors. “Our growers know the crop will be affected by it, they just don’t know by how much until the late harvests come in,” he said.

And while climate change is increasingly understood as a threat to U.S. apple production—and has become a priority concern for growers and industry associations—there remains some skepticism over the degree to which global warming is affecting the long-term prospects for apple farmers.

“I sort of look at it as about every 10 years or so, you have a really bad year, and this seems to be part of that cycle,” said Foster, the Michigan grower. “There are some more aggressive patterns in weather, it seems. It’s farming, so we just take what we get. You can never predict how it’s going to go up here.”

Regardless, growers of apples and other fruits are taking steps to reduce their exposures to extreme events that can damage produce and hurt—or even kill—workers in the field.

The Pacific Northwest heat wave was determined to be the cause of death for a nursery employee in Oregon in June when the local temperature hit 104 degrees. Both Oregon and Washington took measures to protect farm workers immediately after.

Farmers also are investing more in heat reduction strategies such as shade cloth and overhead cooling systems to mitigate against extreme heat, and orchard fans to reduce risk of frost damage in spring and fall.

“Our growers have had to adapt to the fact that no season is the same,” Kovis said. “There is no normal, and that is a dynamic they live in. They respond to whatever weather throws at them.”