How F1 teams narrowed their tech focus in final 2022 races 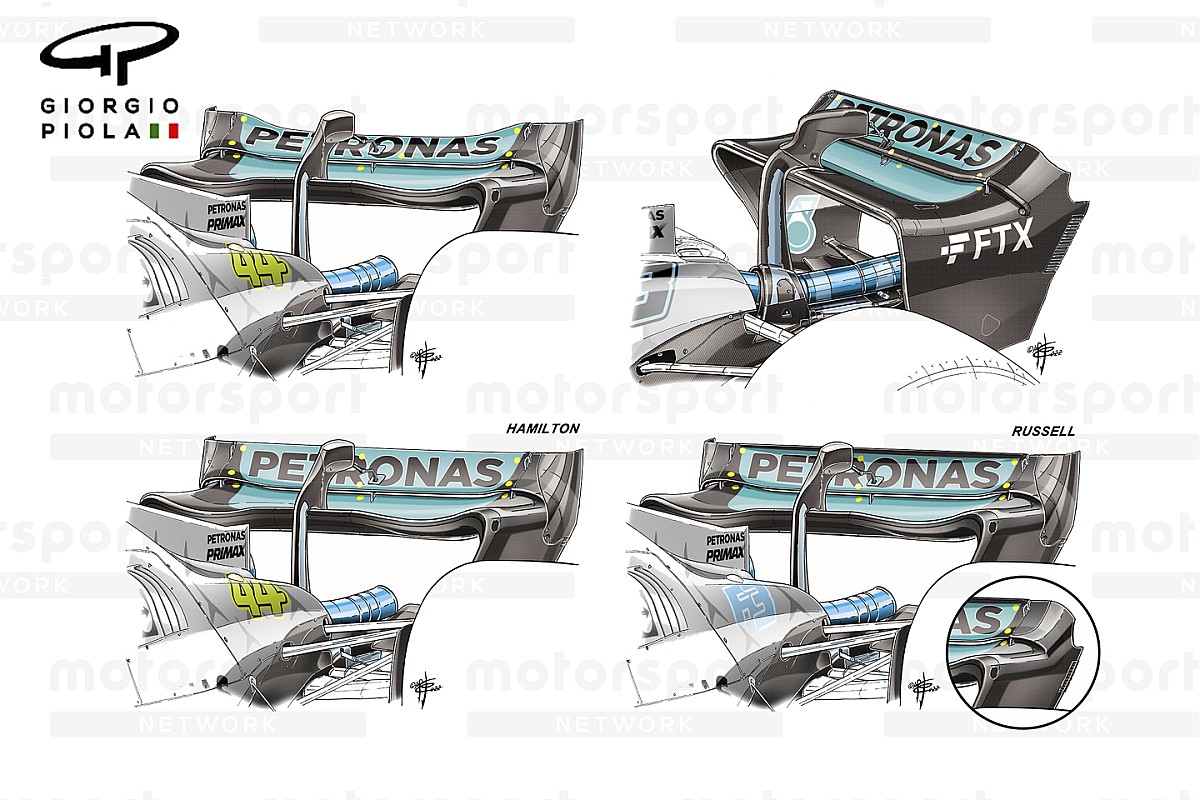 The result of this slow-down in performance orientated parts arriving at the track inevitably leads to teams narrowing their focus further still, with teammates often running different setups and aerodynamic configurations during Free Practice sessions as they seek the balance required around the entirety of a lap.

As qualifying approaches this usually leads to convergence on both sides of the garage but, as we’ll discover, that’s not always the case either.

In Abu Dhabi last weekend, the Mercedes pairing started off on the same footing on Friday by running the medium-high downforce rear wing assembly, featuring an upper flap with a cutout in the trailing edge (upper left). However, as the drivers searched for a little more performance in the middle sector of the lap, both tried another lower downforce option (upper right).

It’s clear that the top-speed advantage this offered didn’t provide the overall laptime boost they were looking for, owing to the losses accrued in the first and third sectors, and so changes were made on both cars ahead of qualifying.

George Russell actually went one stage further with his setup, opting for a Gurney on the trailing edge of the upper flap that didn’t feature on Lewis Hamilton’s W13. However, whereas Russell had used the upper rear quarter endplate cutout in his breakthrough Brazil weekend (inset), he opted for the full-height variant for Abu Dhabi. 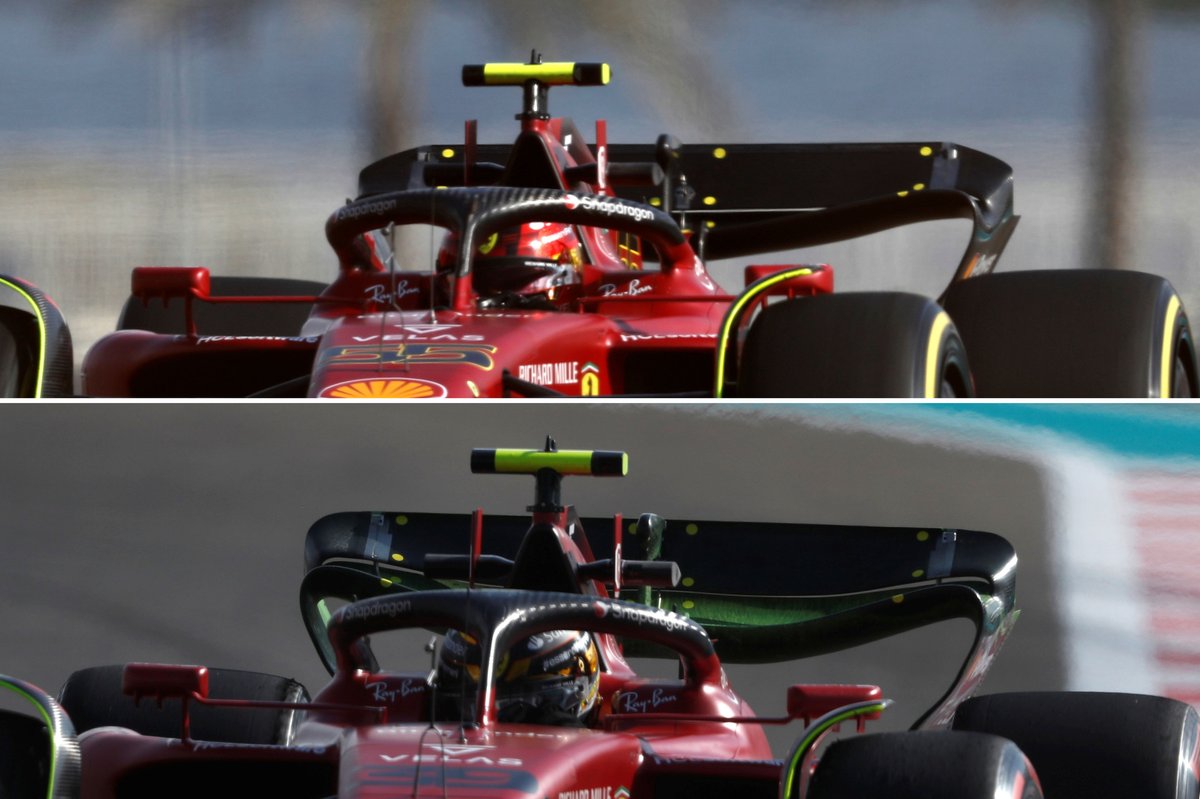 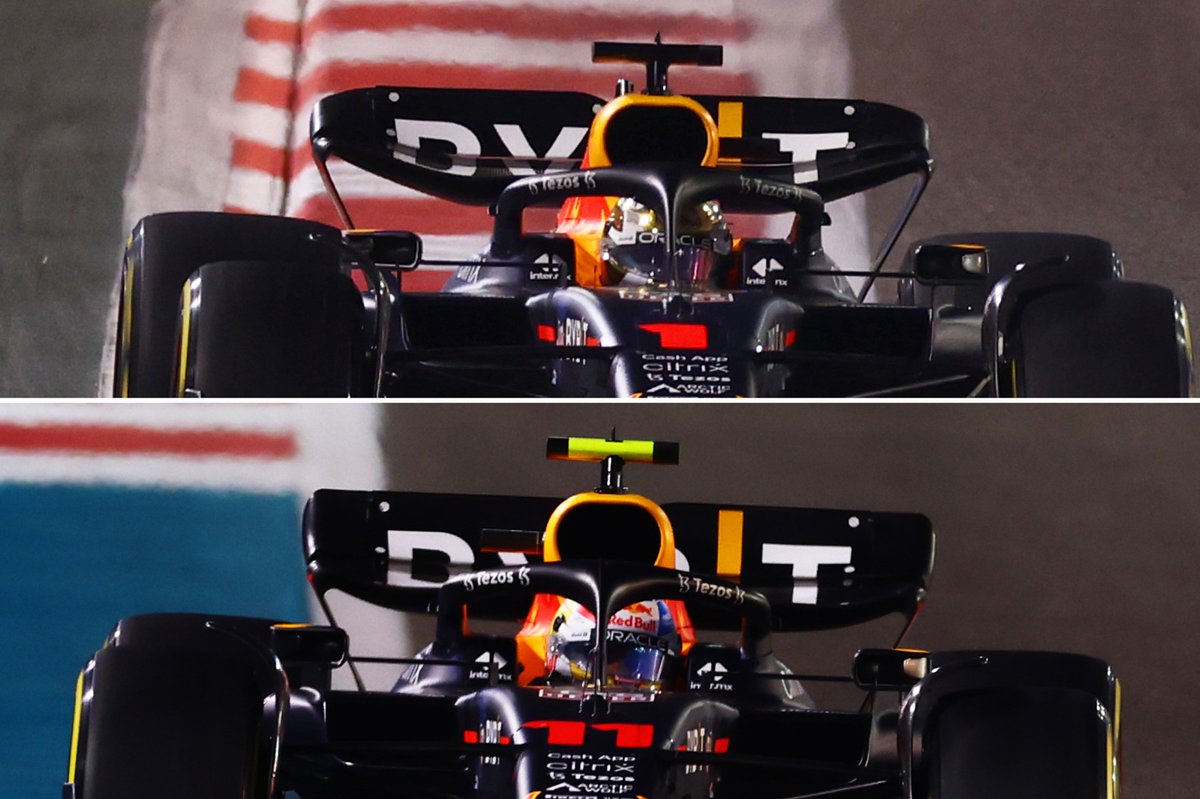 Red Bull and Ferrari also toyed with different rear wing configurations during Free Practice, as they both tried a higher downforce option (bottom images) before both chose their lower downforce counterparts.

Ferrari also used some practice time to evaluate a revised floor design (below), likely as a precursor to changes that the team expect to implement for 2023, which needed real-world data to validate their findings in CFD and the wind tunnel.

The revised design centres on changes made to the section of the floor just ahead of the rear tyre. An upwardly scrolled edge will alter the course of the airflow, resulting in a behavioural change as it meets with the face of the tyre. 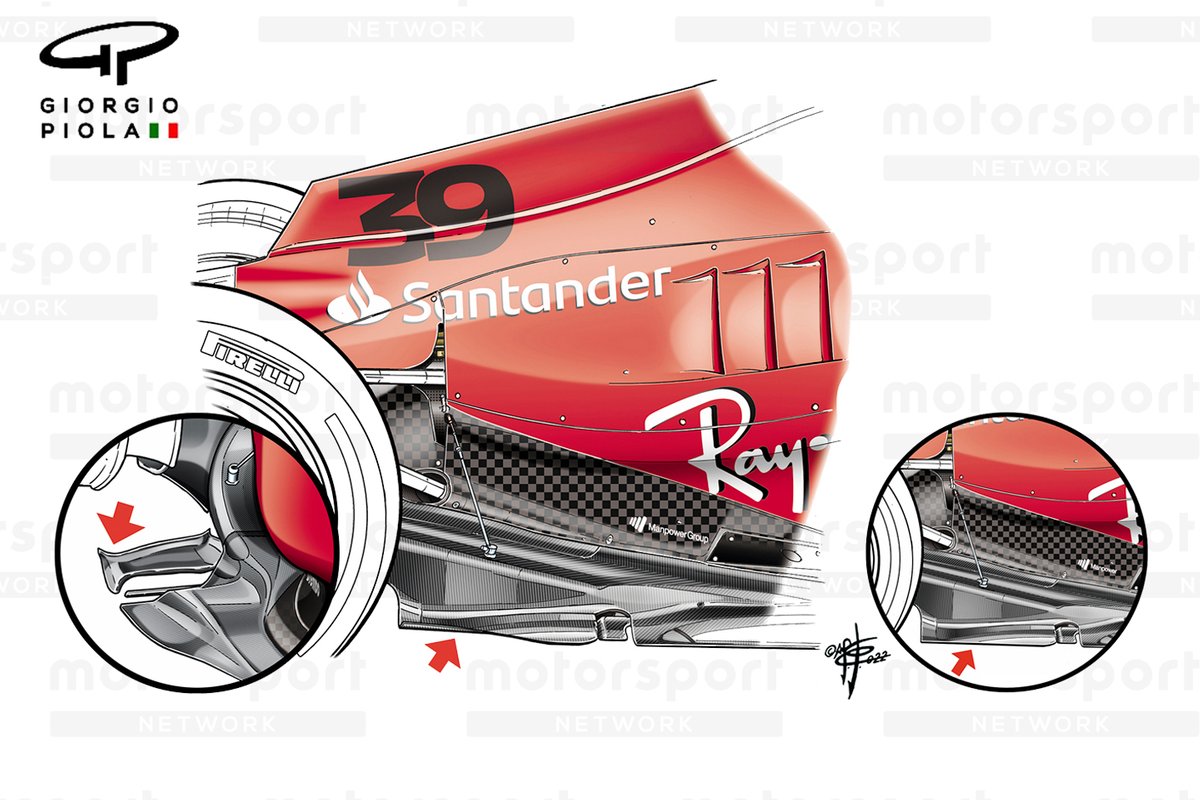 It’s a relatively small change but one that could be beneficial in the team combating the issues posed by tyre squirt, a phenomenon that robs the diffuser of consistency and potency as the airflow is pushed laterally off the tyre into the diffuser’s path.

McLaren also had test items at its disposal at the last race of the season, as it too looked for validation of a new development pathway for 2023.

Unlike Ferrari, its investigations resulted in a more thorough overhaul of the floor’s edge, including the edge wing. The test item featured a design more in-line with the one championed by Red Bull and that’s subsequently been copied by others up and down the grid. 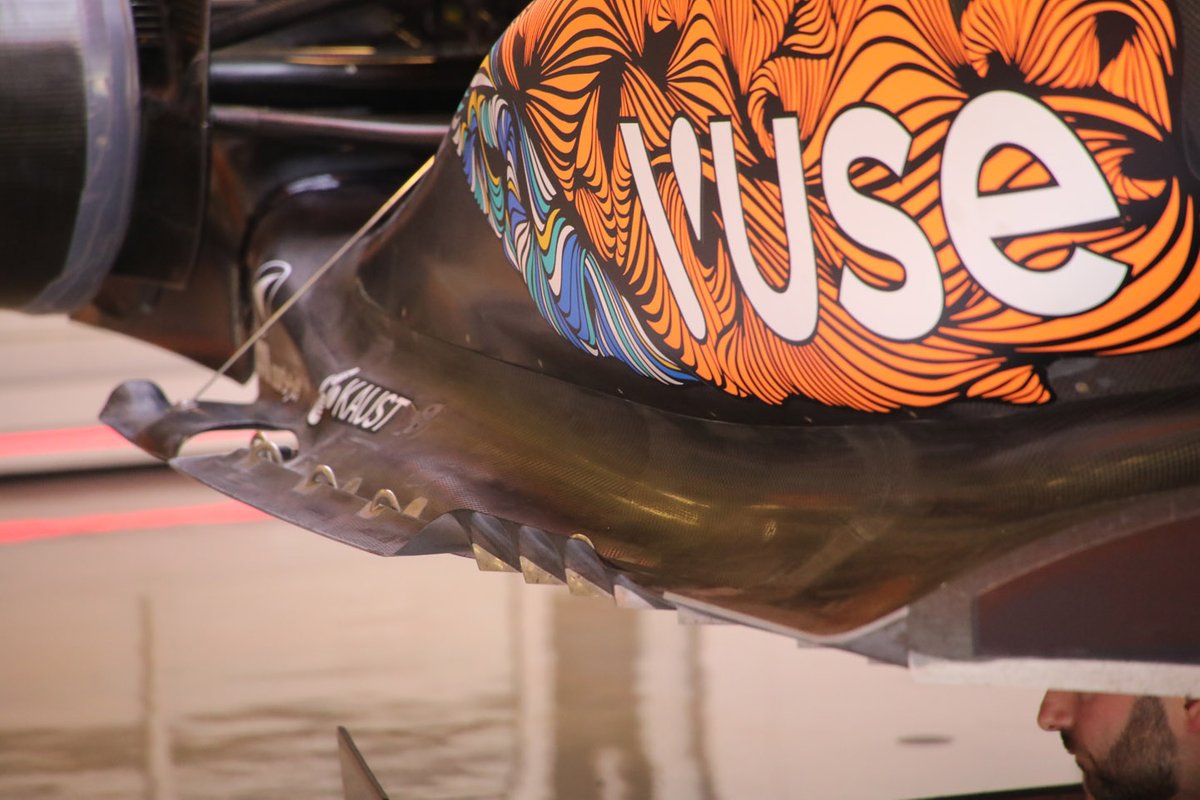 Unseen, as it’s beneath the floor, McLaren also made its first foray into using an ‘Ice Skate’ too, a solution first seen on the Red Bull this season and then subsequently found on the likes of the Ferrari F1-75, Alpine A522 and Aston Martin AMR22.

As you’d expect, given the propensity for them on the other designs mentioned, there’s also a small tab connected to the skate that juts out of its side and can be seen in the frame created by the rearward floor cutout. This will act on the airflow relative to the height of the skate, rather than the floor around it and should help combat some of the issues posed by tyre squirt.

The skate therefore has several functions, as it not only provides a physical limitation against the track surface as the car compresses, it also has aerodynamic benefits as it alters the airflow’s path rearward.

McLaren were obviously eager to see just how powerful this could be under real world conditions, and even noted as much in their submission prior to the event: “We aim to evaluate the effect of this floor edge on the car’s ride height behaviour.”

This data will now be analysed as the 2023 challengers gestate ahead of their build for the upcoming season.

Ricciardo returns to Red Bull as third driver for F1 2023
2023 F1 driver race numbers: Who uses what number and why?