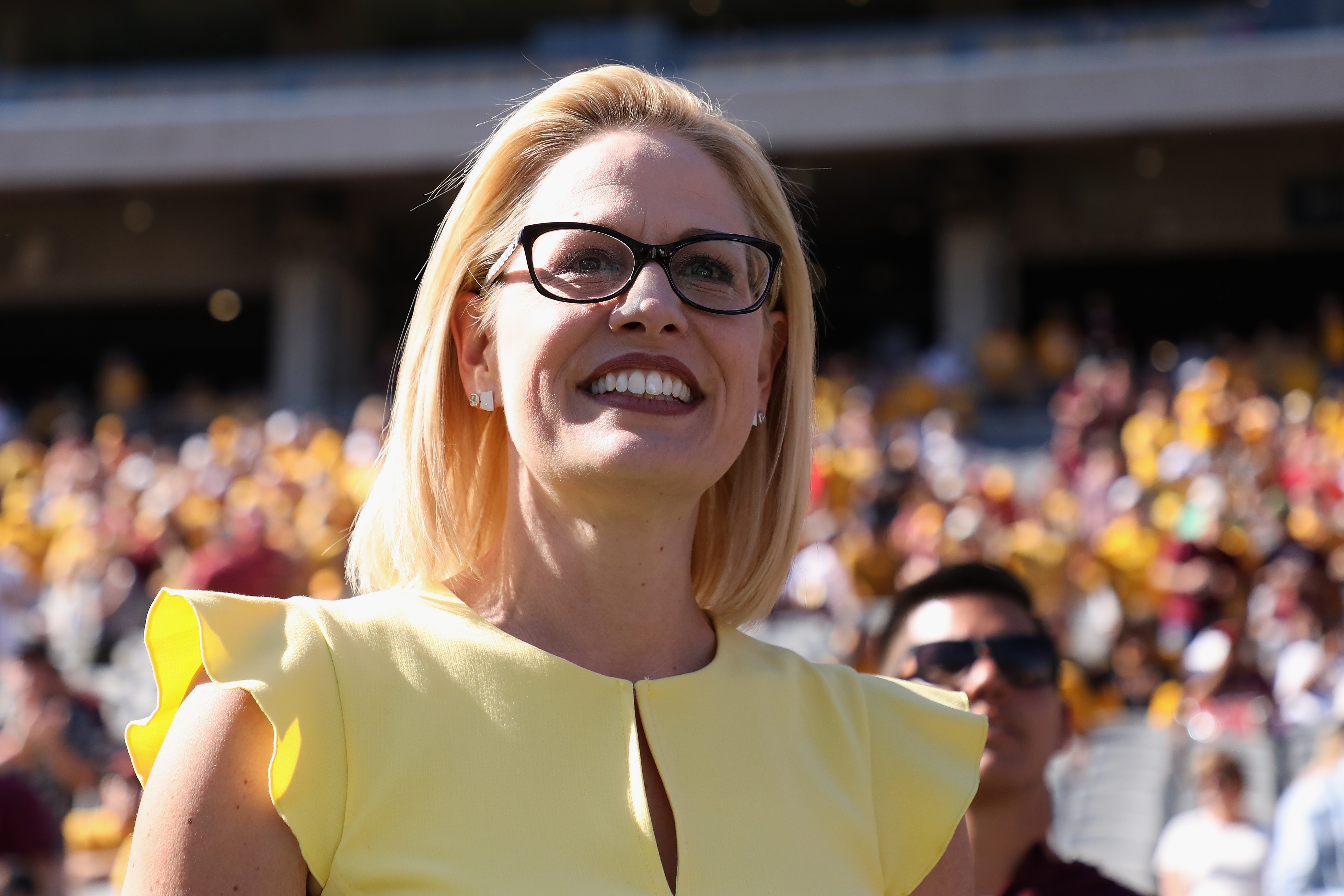 So it turns out that if you are a member of Congress and can do basic math and have a temp-agency level of proficiency with Microsoft Excel, you are, apparently, newsworthy. That is the takeaway from a recent Axios story, which lavished praise on Arizona Senator Kyrsten Sinema for her “accountant-like focus on the bottom line,” all because she kept spreadsheets of “the costs and tax hikes needed for each program” in the Democrats’ proposed $3.5 trillion budget. This is an astonishing political feat, as well: The existence of these spreadsheets is kryptonite for big-spending progressives “who are working to make the spending bill as big as possible.” Checkmate, jerks!

Axios’s brief review neatly exemplifies a number of failures in the reporting on the divide between Democratic Party factions. Sinema’s opponents are, according to this frame, the free-spending lefties of the Senate Democratic caucus, such as Bernie Sanders. They love to make that money machine go “brr.” Unlike Sinema and her Excel fare, this faction has an all-too-casual relationship with math; they only care about jamming as much money into the budget as possible, never mind the ultimate price tag.

Absent from this discussion of who has the more precise math are any specifics of the budget in question—which might otherwise inform the discussion. But here are a few: The $3.5 trillion budget includes a number of historic items, popular with the public. It would mark the first significant expansion of the welfare state since Lyndon Baines Johnson was president. It contains billions to fight climate change, fund education, and reduce drug costs.

The money in the budget, in other words, is allocated to do specific things—it’s not just some free-for-all with taxpayer money. Axios doesn’t seem to understand this: It depicts the budget as an abstraction; a vehicle for Democrats to spend big, with no limiting principles, no matter the consequences. It also seems not to know that the aforementioned Sanders originally had hoped for a larger outlay but settled for less out of a sense of compromise. It is as if Axios decided to write about the Democrats’ budget plan without making use of any of the reporting that it had previously done on the subject over the past few months.

Sinema is also presented in a way that suggests that Axios only learned who she was a few hours ago—not as an ideologue with bizarre ideas about how the Senate works, but as a ruthless and clear-eyed pragmatist who has stumbled down Mount Sinai with Excel printouts. If her work seems far less complicated than the data I wrangle before a fantasy basketball draft, that’s no matter: Axios’s singular quality is that it is neutral and objective. Her Democratic rivals in the Senate only care about spending money for its own sake. But Sinema is a cold rationalist who is just calling balls and strikes by “updating her data to ensure she has accurate top- and bottom-line figures.”

It’s a familiar, frustrating dynamic for those who have followed conflict between the Democrats’ right and left flank. Progressives are never given credit for showing their work, they are at best starry-eyed romantics and at worst dangerously foolish. They have rejected the risks associated with deficit spending out of hand and want to use the vast resources available to the federal government to shovel resources toward pet projects. (That these pet projects are things like health care and climate mitigation are rarely mentioned.) The moderates tend to receive praise for making the tough choice to not help everyone who could be helped. But there is nothing objective about Sinema’s approach to the budget; hers is just another shopworn performance of fiscal seriousness, updated with some new props (if Microsoft Office can be called “new”).

There’s more missing from the story: Democrats, including progressives, have proposed a number of tax hikes for corporations and wealthy Americans, which would pay for half of the proposed budget. The fact is that Sinema, along with other Democratic moderates like Joe Manchin, have made paying for this budget more difficult by opposing these pay-fors. Sinema claims to be tracking how Democrats will pay for spending very closely, but she’s not using that work to facilitate the budget’s passage, or even lay out a plan that would be more to her liking. She’s simply a roadblock; a debate-dodger. She thinks $3.5 trillion is a big number but can’t say why. Sinema’s concerns are presented as being in good faith, despite there being no evidence to suggest that, whereas the progressives’ policy goals are characterized as fantastical, despite the lack of proof for this claim.

Axios goes on to assert that the “lack of clarity about how long each program will last has frustrated both senators and outside budget groups,” without noting that it was concerns from Democrats like Sinema about the size of the budget that have already led Democrats to time-limit some programs. Sinema responded to this by moving the goalposts: The time windows aren’t clear enough now! This is not what someone who is acting in good faith does.

This is a long-standing problem for Beltway reporting: Spending concerns are always steel-manned as being rational and economically sound, whereas any expansion of public spending is seen as an irresponsible, if not an outright Marxist, orgy. The label “moderate,” once earned, is armor against any accusation of acting ideologically: Politicians like Sinema are credited as stewards of the public good, necessary bulwarks against politicians who run too hot. But Sinema’s opposition to her own party’s budget is just as purely ideological as anything you see on the political left. And it’s worth noting, again, that the leftist edge of the Democratic caucuses have, thus far, set their ideological needs aside to act as agents of compromise during these budget wranglings.

Sinema’s antics, as galling as they are, are starting to feel dated. The conversation about government spending has changed dramatically over the last five years; the pandemic—which was made more destructive by our lawmakers’ love of austerity—seems to have further accelerated this shift in thinking. We have just emerged from a Republican administration that featured little of the bad-faith fearmongering about debt and public spending that the GOP has engaged in for generations. And yet, many inside the Beltway can’t quit old tricks: If you’re a politician and you want to seem serious, just claim you’re reading the budget line by line, as everything else falls apart.