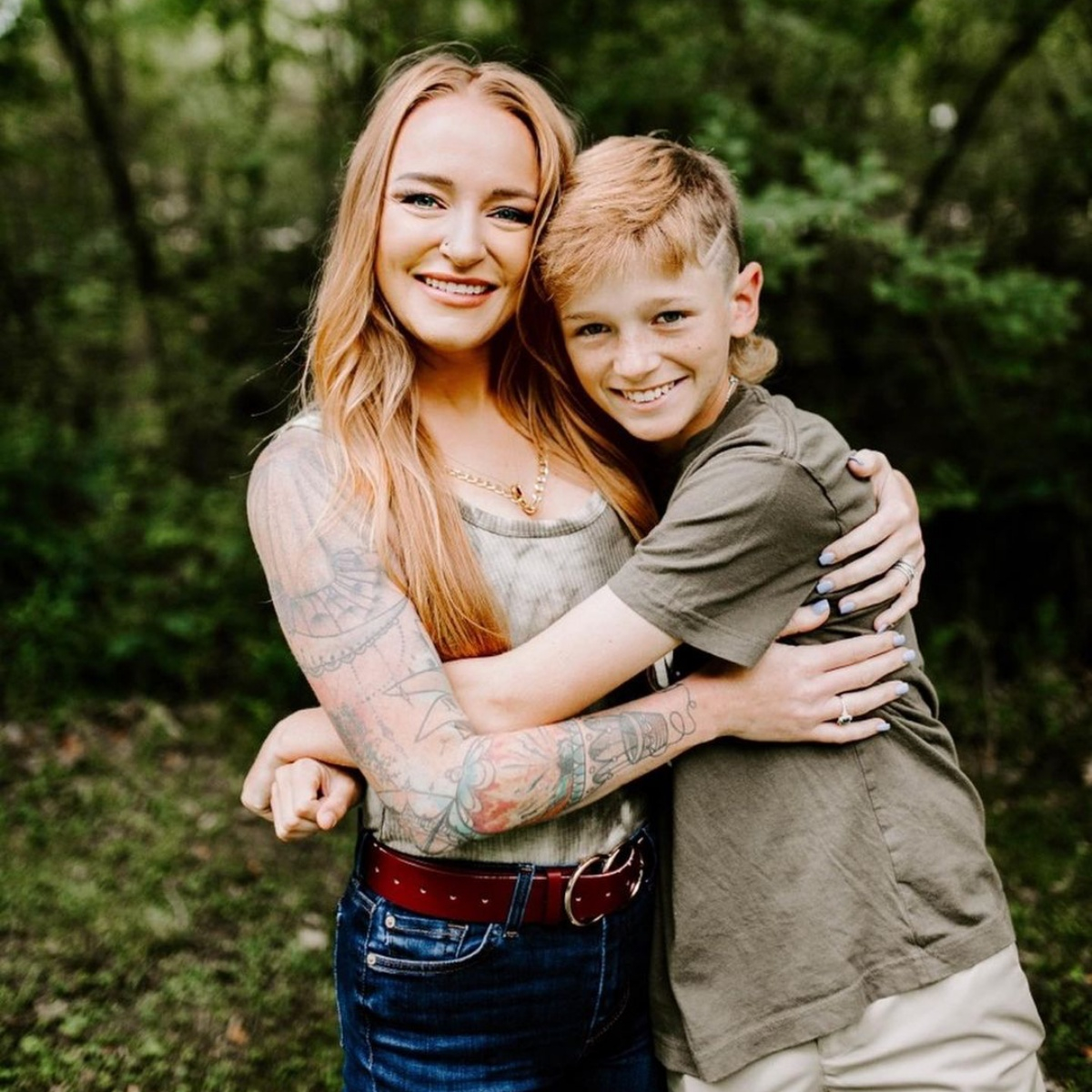 No matter how old—or young—you are, it’s always okay to ask for help.

In the world of reality TV, it’s unusual to watch a family evolve over a span of more than 12 years. But ever since Maci Bookout McKinney appeared on 16 and Pregnant in June 2009, viewers have had a front-row seat to her life.

From dramatic breakups with Ryan Edwards to finding her happily ever after with Taylor McKinney, Maci has documented many ups and downs for MTV cameras thanks to the Teen Mom franchise.

And while her 12-year-old son, Bentley Edwards, has been along for the entire ride, it’s only recently that the middle school student became an important voice in mental health awareness.

For the past two seasons of Teen Mom OG, Bentley has been going to therapy to work through issues relating to his relationship with his father, Ryan. And while some were quick to criticize the family for opening up about a personal journey, Maci made it clear that the decision came after much thought and consideration.

“We talked about it before we started filming,” Maci exclusively shared with E! News before marking World Mental Health Day. “We asked if it was something that he would even want to film and discuss on camera at all, and I even asked if he cares if Taylor and I discussed it on camera. Pretty much from the get-go, he was down to do it. The producer and I made it very clear that anytime he doesn’t want to talk about it, at any time, then he can just say the word.”

Maci continued, “We were constantly checking in on where he stood with his comfort level.”

While the show has never aired Bentley’s therapy sessions before, cameras often roll when Maci and Taylor ask how his sessions. Although Maci admitted that Bentley doesn’t always want to talk in the moment, he knows his story can help others.

“He made a couple of comments in the discussion about wanting kids to know that it’s normal and it’s very much okay to see a counselor or a therapist,” Maci said. “He said that if you’re watching me on the show and you think I’m cool because I’m on TV, then I can maybe normalize this for you. I thought it was quite extraordinary for someone his age, but he’s wise beyond his years.”

So how did a 7th-grade student who balances cross-country, baseball and wrestling become so wise? Even Maci doesn’t have the answer. But to her credit, the Bulletproof author has always been open about how therapy played a role in her life.

“I think there’s such a stigma around therapy and counseling in general, but especially for children and males,” Maci explained. “I’ve always been very open and honest with him about therapy that I’ve done twice a month, once a month, basically my whole adult life and the benefits of it. Taylor and I have been honest with him about marriage counseling and why it’s important and stuff like that.”

Bentley’s story has left other Teen Mom OG stars inspired. Tyler Baltierra and his wife Catelynn Lowell have become mental health advocates over the years as they’ve shared their lives with MTV cameras. When asked about Bentley’s journey, the pair couldn’t help but give kudos to both mother and son.

“I think it’s so awesome that she lets her children realize that hey, it’s okay to talk to somebody for help or to have somebody just to talk to even if you’re going in there and nothing is going on that week,” Catelynn exclusively told E! News. “I think it’s important to instill these things in your children from a young age, that if there are issues or there are things going on, there is help out there and there’s nothing to be ashamed of.”

In a February 2021 episode, Maci called Tyler asking for advice on what to do after Bentley suggested going to therapy. After participating in therapy and experiencing a bumpy relationship with his own father, Tyler immediately supported the idea.

“I thought it was quite amazing because the kid is so young and to actually be so self-aware of his own emotions, that he said, ‘Hey, Mom, I want to go talk to somebody.’ That’s amazing to me,” Tyler shared with E! News. “I’m proud of Maci for not having it be something that’s shameful. I think all kids can benefit from therapy, regardless of age, so I’m all for it.”

As Bentley gets older, Maci says her oldest child “definitely puts more thought into” what he wants to show on the small screen. Maci has two other children with Taylor: Jayde, 6, and Maverick, 5.

At the same time, he remains supportive of his mom continuing with the show. As Maci explained, “He just wants to stay in the loop and stay in control of his role and his part of the show.”

Through it all, Maci remains incredibly proud of her son who continues to grows up in front of the world.

“He’s a sweetheart and soft-spoken, but at the same time, he can be very goofy,” she shared. “He’s a lot of fun and extremely smart. He’s a really good kid. I hit the jackpot.”