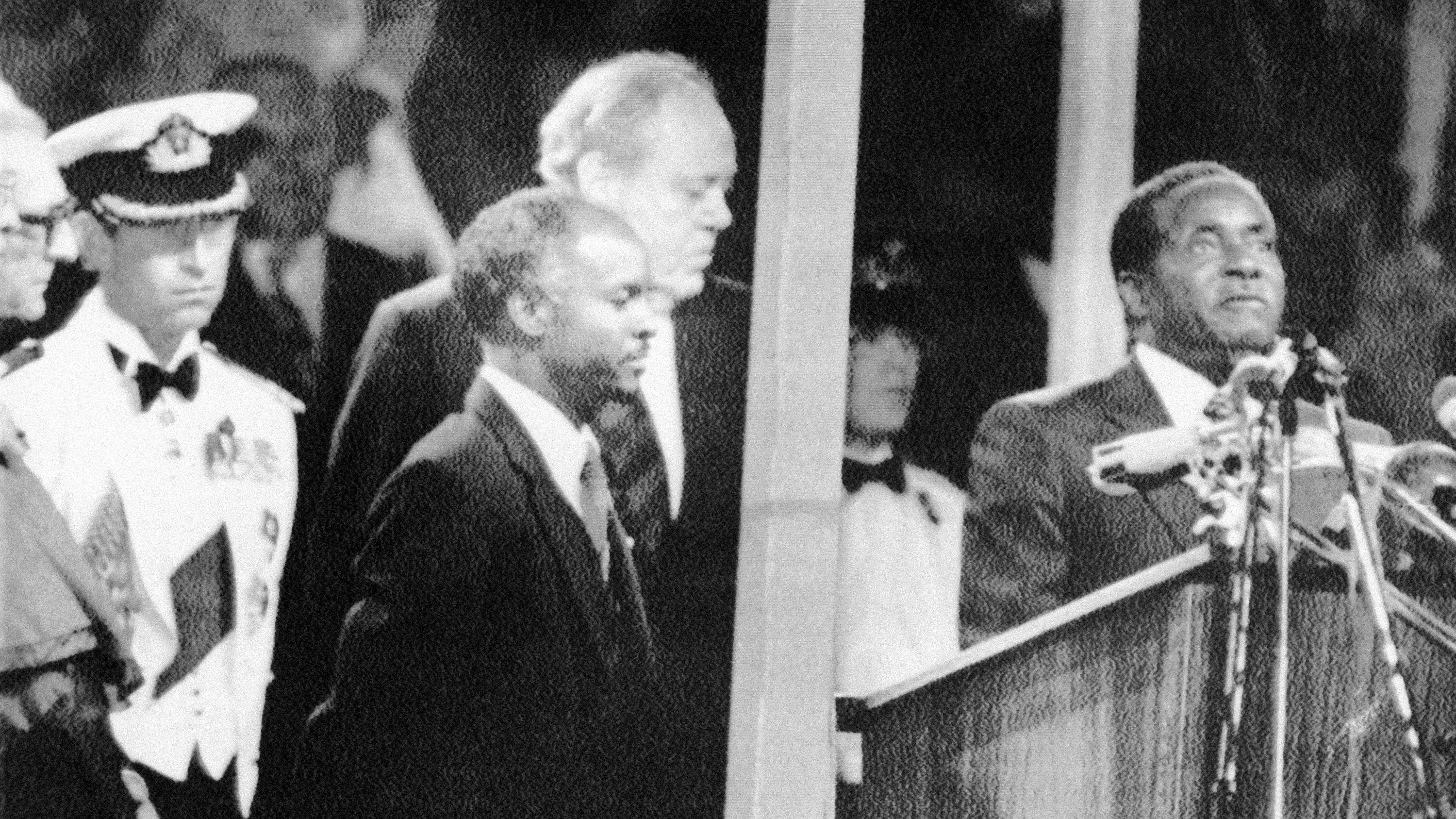 When I was 17 years old, I travelled to India for the first time with my parents. At a food stall in Goa, the owner asked us where we were from. When we said Zimbabwe, he responded “Oh, you guys have a cricket team. They don’t play so well.”

The comment was, in 2006, unfortunately accurate. But the history of the cricket in Zimbabwe was also connected by historical links between the two countries. In my book chapter, The Gist of the Game is Played Out on the Edges: The History of an Indian Cricket Team in Africa 1934-1995, which is based on an academic paper I wrote, I look at these ties and how they evolved over half a century.

Back in 1934, nine immigrant men formed the Young Merchants Cricket Club in the city of Salisbury in Southern Rhodesia. Seven years later they renamed it the Oriental Cricket Club. They had all crossed the Indian Ocean in recent decades from Gujarat on the western coast of the Indian subcontinent looking for opportunities in a new colony.

They were the first Indian cricket team in the country. Over time, they transformed from being a ragtag group of men who played the sport for entertainment into a formally structured organization that survived all the way into the 21st century.

Zimbabwean cricket is, once again, in a state of disarray and chaos. Its performance in international matches and tournaments is pitiful. And, stymied by a lack of participation as well an outlet for upward progress for its players beyond league games, the team’s grounds, the Sunrise Sports Club today host only social cricket.

But the history of the team, as well as the history of cricket in Zimbabwe, shows that the country had decades of cosmopolitan engagement with a social and cultural world beyond its borders, and that they were a significant part of Rhodesia’s transition to Zimbabwe.

By including the men of Sunrise Sports Club within this reimagining of a Zimbabwean national culture, it becomes clear how the country’s history played out, quite literally, on the cricket field.

Cricket was brought to pre independence Rhodesia by white settlers

Cricket was brought to Rhodesia in the late 19th century by the country’s first white settlers. These men called themselves “pioneers” for whom the bat-and-ball game represented a legacy of colonialism and empire.

The Oriental Cricket Club aspired to become ideal colonial subjects by using the game as a way to claim affinity with white settler society, rather than the majority African population. For them, the game of the empire provided a means of inclusion in the elite sporting life of the colonial city. They played with other Indian teams in the country and participated in local cricketing leagues.

But as the white settler government consolidated Rhodesia’s status as a self-governing colony, discrimination against non-European populations intensified. Cricket was an elite sport requiring specialized equipment and grounds that remained out of the reach of ordinary Africans. For their part Indians faced discrimination whenever they played against white teams. They were prevented from changing or eating at white sports clubs and restricted from opening their own sports grounds in white neighborhoods.

As a result, Indian cricket teams in Southern Rhodesia, including the Oriental Cricket Club, began to use the sport as a means of connecting to an Indian tradition of the game and a nationalist Indian identity.

Postcolonial India began to emerge as a strong contender in international cricket, triumphing over its former colonizer. Rather than only playing against white teams, the Oriental members also played against other diasporic Indian cricket teams in the region. Games were played in South Africa, Kenya, Tanzania, as well as their neighbors of Northern Rhodesia and Nyasaland.

More importantly, they realized the need to have a space of their own where they could play the game on their own terms, not subject to the discriminatory conditions imposed on them by white society.

In 1969, the centenary of Mahatma Gandhi’s birth, the Oriental team officially opened its new grounds at the Sunrise Sports Club, located in the Indian neighborhood of Ridgeview in Salisbury. The team’s name was officially changed to Sunrise.

As the 1970s progressed, it became clear that the tides of change that had permeated the rest of the continent were penetrating Rhodesia’s borders. Still under white minority rule, the country had declared unilateral independence from the UK in 1965. But international sanctions and civil war threatened the white government’s hold, and by 1979, change was in the air.

Fearing retaliation for the years of oppression if a black-majority government came to power, white Rhodesians were unsure of their status in the new country. But, on his election in 1980, Zimbabwe’s new leader, Robert Mugabe, called for reconciliation between black and white, words that defined the spirit of the country’s first decade of independence.

Rhodesia became Zimbabwe in 1980, and less than a decade later, the Sunrise management committee began actively recruiting African players for the team, hoping to take part in a post colonial sporting culture as well as aid Zimbabwe’s play for test status with the International Cricketing Council.

Several Indian players and former Sunrise members, including the all-rounder and left-handed batsman Ali Shah, were drafted into the international team, representing both their community as well as their country.

The game that had once been played as a colonial inheritance, and then as a legacy of an Indian identity, became a way for the players to find inclusion in a nationalist Zimbabwean sporting culture.

But this period of hope and change did not last long.

In 1995, Henry Olonga was elected the first black player to the international team. His selection caused waves in Zimbabwean cricket. Black members of the Zimbabwe Cricket Union leadership pushed for the selection of more black players. The remaining white members dug in their heels and insisted on keeping mostly white players on the team.

Several white players left. And the conflict over the racial composition of the national side translated to the local league level. Once dominated by white cricket teams, it has now been reduced to a few clubs who still participate in social tournaments.

In many ways, this has been a story about Zimbabwean cricket, rather than one simply about the history of the Sunrise Sports Club cricket team. Sport, and specifically cricket, provided a way for Indians to make themselves visible, and navigate the racial hierarchies and structures of colonial and postcolonial society in Zimbabwe.

While cricket has been seen as both a British and an Indian sport, the case of the Sunrise team suggests that they drew from both these inheritances in the 1980s to aspire towards an African citizenship.