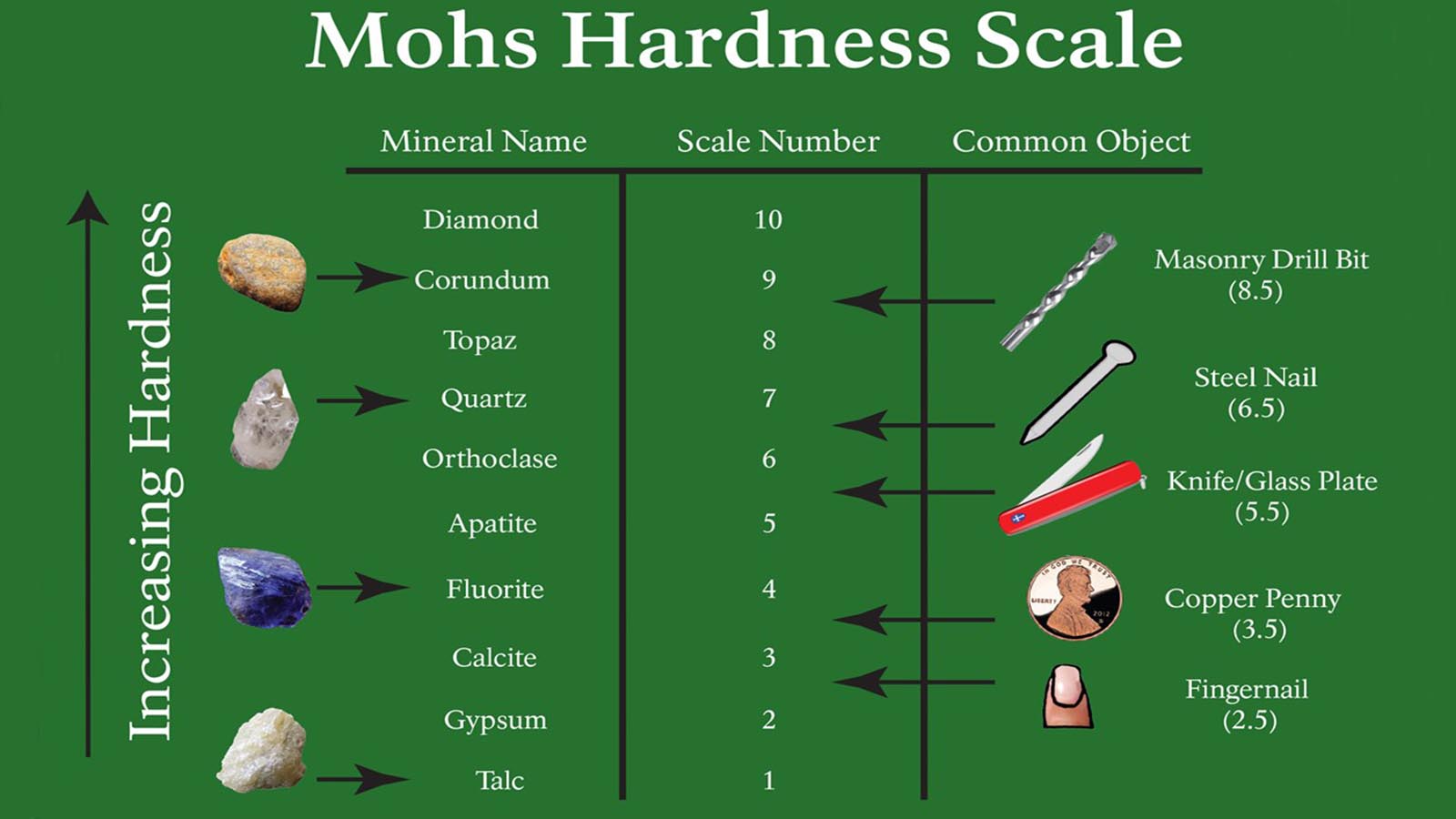 Diamonds are forever. Whether that holds true symbolically is not for us to say, but diamonds do stand the test of time geologically; they’re among the toughest gemstones on Earth.

Just how strong diamonds are was classified using a scale developed in the early 19th century: the Mohs hardness scale. Diamonds rank No. 10 on the scale, meaning they’re one of the hardest known substances around.

History of the Mohs Scale

Developed by German mineralogist Friedrich Mohs in 1812, the scale classifies minerals according to their hardness. He was inspired by the way botanists grouped plants by physical characteristics, and by Pliny the Elder who had compared the hardness of diamond and quartz more than 1,000 years earlier.

Mohs expanded on the work of Pliny by delineating 10 values of hardness that placed minerals in relation to each other based on a scratch test. Mohs selected 10 specific minerals of different hardness that ranged from a very soft (talc) to a very hard (diamond). Before his scale, minerals were classified by chemical composition, which lacked consistency, according to the European Geosciences Union blog.

The Mohs hardness scale is the standard geologists and gemologists use to grade minerals and gemstones. They use the Mohs hardness test to determine “scratchability” of a material. So because diamond can scratch quartz, diamond is considered harder than quartz.

It’s pretty easy to perform this test in a lab or on your kitchen table. Start with two specimens with unmarred surfaces. Hold one motionless against the table surface. Drag a sharp point of the second specimen firmly across the surface of the other. If a scratch appears, the second specimen is harder than the one on the tabletop. If not, the second specimen is either softer or the same level of hardness. In that case, reverse the test to see whether specimen one can scratch specimen two.

Just make sure what you are calling a scratch is a groove in the specimen and not residue of a soft material used to do the test.

On the Mohs scale of 10 minerals, diamond is hardest at No. 10, and talc is softest, at No. 1. Just about any substance can be ranked on the scale, for example, ruby is a 9, tanzanite is about a 6 to 7, and soapstone countertops are around a 3. The hardness of more than minerals and rocks can be measured, too. A fingernail is a 2.5, so it won’t scratch a diamond, but neither will a steel nail, which ranks at 6.5.