How to watch Judge and Pujols FREE tonight on Apple TV+ 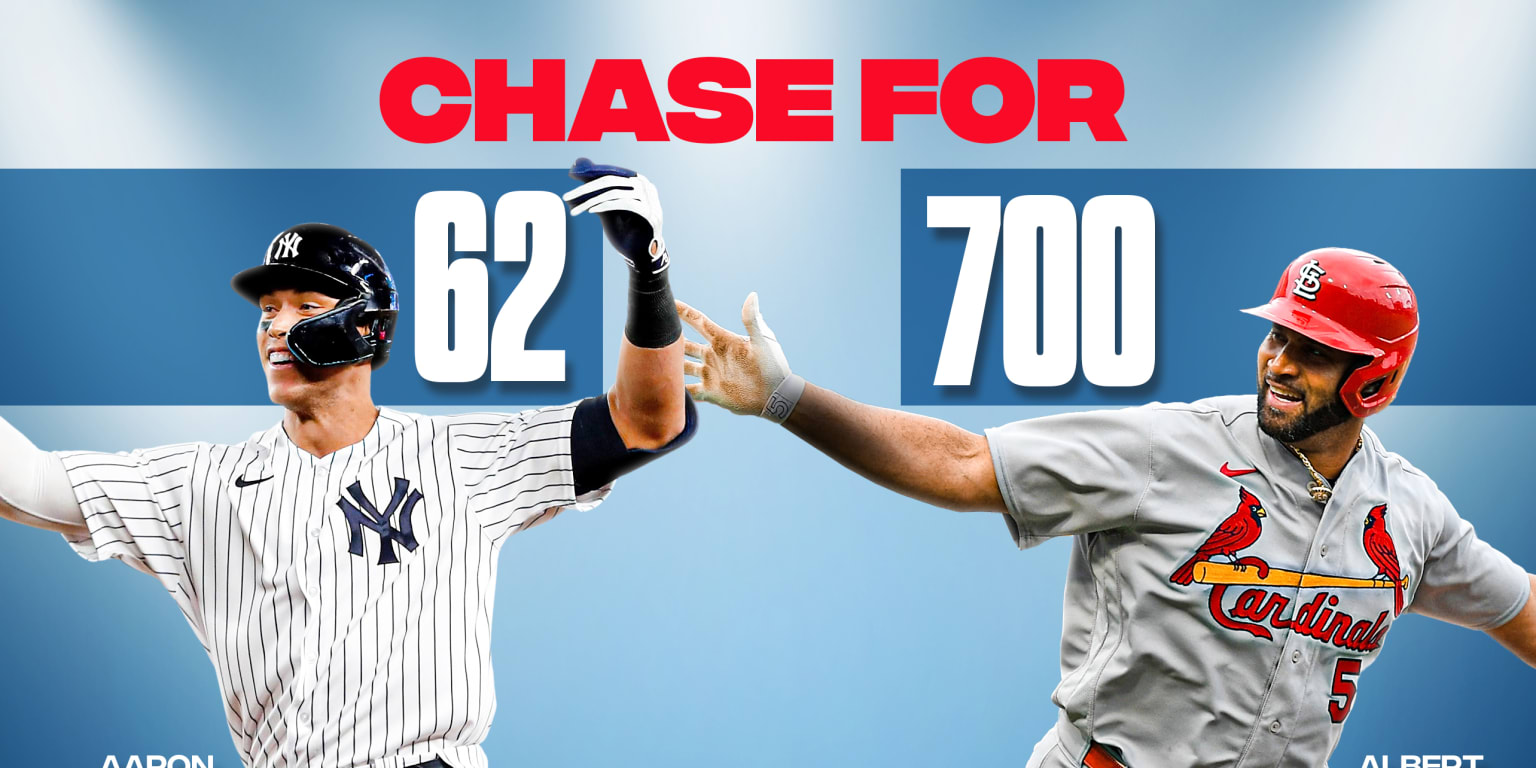 The baseball world remains intently focused on the Yankees’ Aaron Judge and the Cardinals’ Albert Pujols as they make simultaneous pursuits of history.

Judge is not only one homer away from tying Roger Maris’ American League record of 61 homers from 1961, he’s also contending for the Triple Crown — the league lead in batting average, homers and RBIs. Pujols, meanwhile, is two homers shy of joining Babe Ruth, Hank Aaron and Barry Bonds in the 700 home run club.

As anticipation continues to mount, here’s everything you need to know.

Pujols: You can watch Cardinals-Dodgers (9:10 p.m. ET) on Bally Sports Midwest or MLB.TV (out of market only).

Judge: ESPN will have live national coverage of the Yankees’ series finale against the Red Sox (7:08 p.m. ET).

Pujols: The Cardinals’ series finale against the Dodgers will air on Bally Sports Midwest (4:10 p.m. ET). You can also watch on MLB.TV (out of market only).

Judge: With 60 homers through 149 team games, Judge has averaged one home run every 2.5 team games this season. If he keeps up that pace, he would finish with 65 homers, the most anyone has hit in a season since Barry Bonds had an MLB-record 73 in 2001. It would be the fifth 65-plus homer season in MLB history. There have been nine with at least 60.

Most HR in a season, MLB history:

Judge has sizable leads in the home run and RBI departments, but he’s in a close race for the AL batting title. Here’s where he stands in each category (through Wednesday):