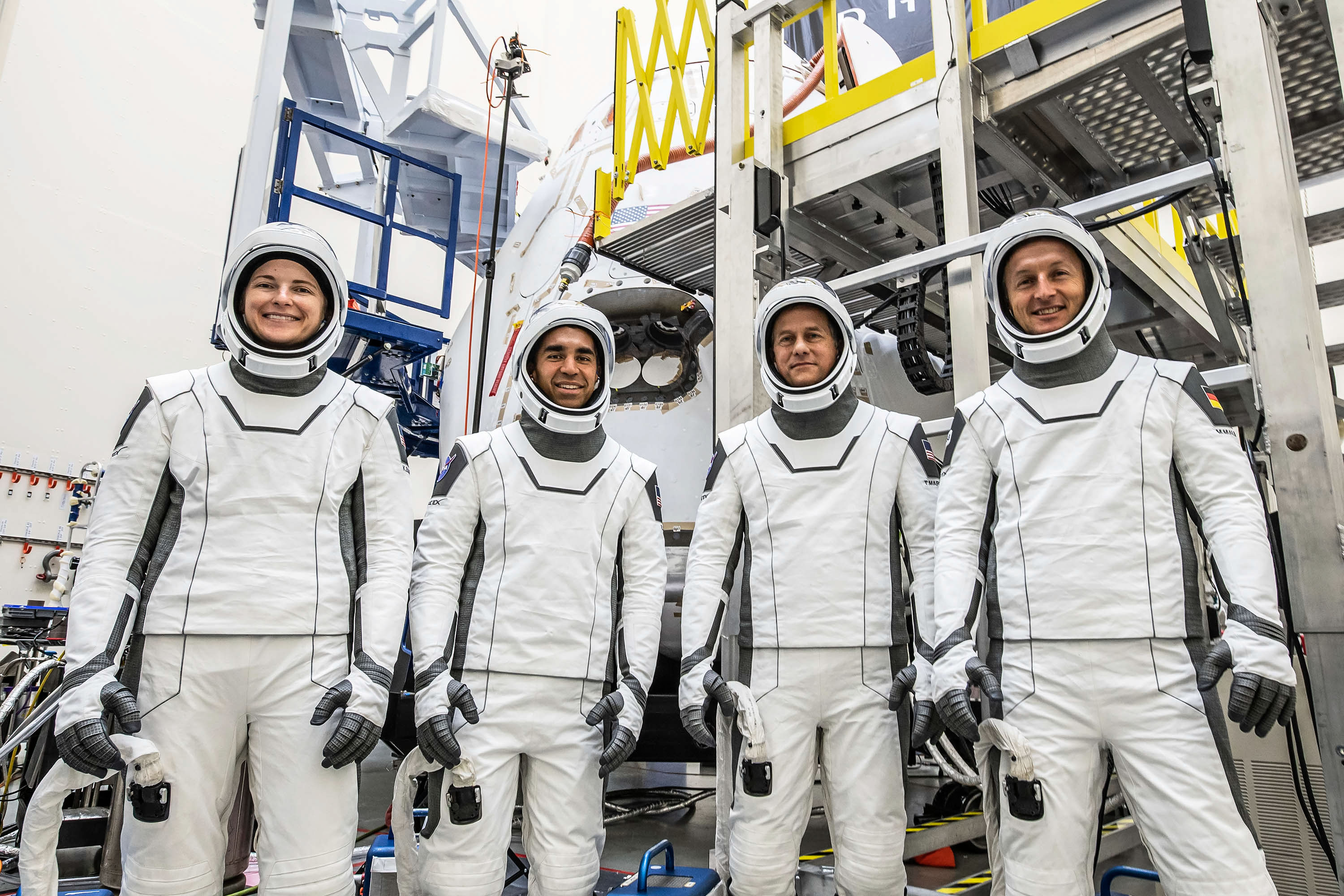 SpaceX’s next Crew Dragon launch for NASA is set for the spooky date of Halloween (Oct. 31) to ferry four new astronauts to the International Space Station and you can follow the mission’s countdown and launch live online.

A SpaceX Falcon 9 rocket will launch the mission, called Crew-3, no earlier than 2:21 a.m. EDT (0621 GMT) in the wee hours of Halloween Sunday from Launch Complex 39A at NASA’s Kennedy Space Center in Florida. The astronauts are expected to dock with the space station Monday (Nov. 1) at 12:10 a.m. EDT (0410 GMT).

All of these events are subject to change for weather or technical reasons. But you’ll be able to watch them all here and on the Space.com homepage, courtesy of NASA TV and SpaceX. When the launch and docking takes place, it should also air on NASA Television, the NASA app, the agency’s website, YouTube and social media channels. We’ll also run the launch broadcast live here at Space.com.

The Crew-3 flight will launch NASA astronauts Raja Chari (mission commander), Tom Marshburn (pilot) and Kayla Barron (mission specialist) as well as European Space Agency (ESA) astronaut Matthias Maurer. They are expected to remain in orbit for six months. Marshburn is a veteran astronaut who has flown twice to the space station. The other three astronauts are all rookies on their first spaceflight.

You can “attend” the launch virtually by

. NASA also has a new Virtual Launch Passport available for download and printing, and will release a virtual guest stamp for the event. You can

register for that on Eventbrite

. If you’re a teacher, you can find a series of

Below is a schedule of launch events NASA will broadcast provided from this NASA statement.

7 p.m. EDT / 2300 GMT (approximately) – Flight Readiness Review (FRR) Media Teleconference at NASA’s Kennedy Space Center, no earlier than one hour after completion of the FRR. The participants include:

1 p.m. EDT / 1700 GMT – Science media teleconference to discuss investigations the Crew-3 crew will support during their experiments. Here is the list of expected participants and the NASA descriptions concerning what they will discuss.

10 p.m. EDT / 0200 GMT Saturday, Oct. 30  – Prelaunch News conference at NASA’s Kennedy Space Center (timing may change, as it is set for no earlier than one hour after completion of the launch readiness review) with the following participants:

2:21 a.m. EDT / 0621 GMT – Launch. The broadcast on NASA will continue through the docking, arrival and welcome ceremony. There will be no postlaunch news conference, but NASA leadership (names have not yet been released) will participate in the live broadcast.

Check out our live updates page

for more mission details throughout the week.