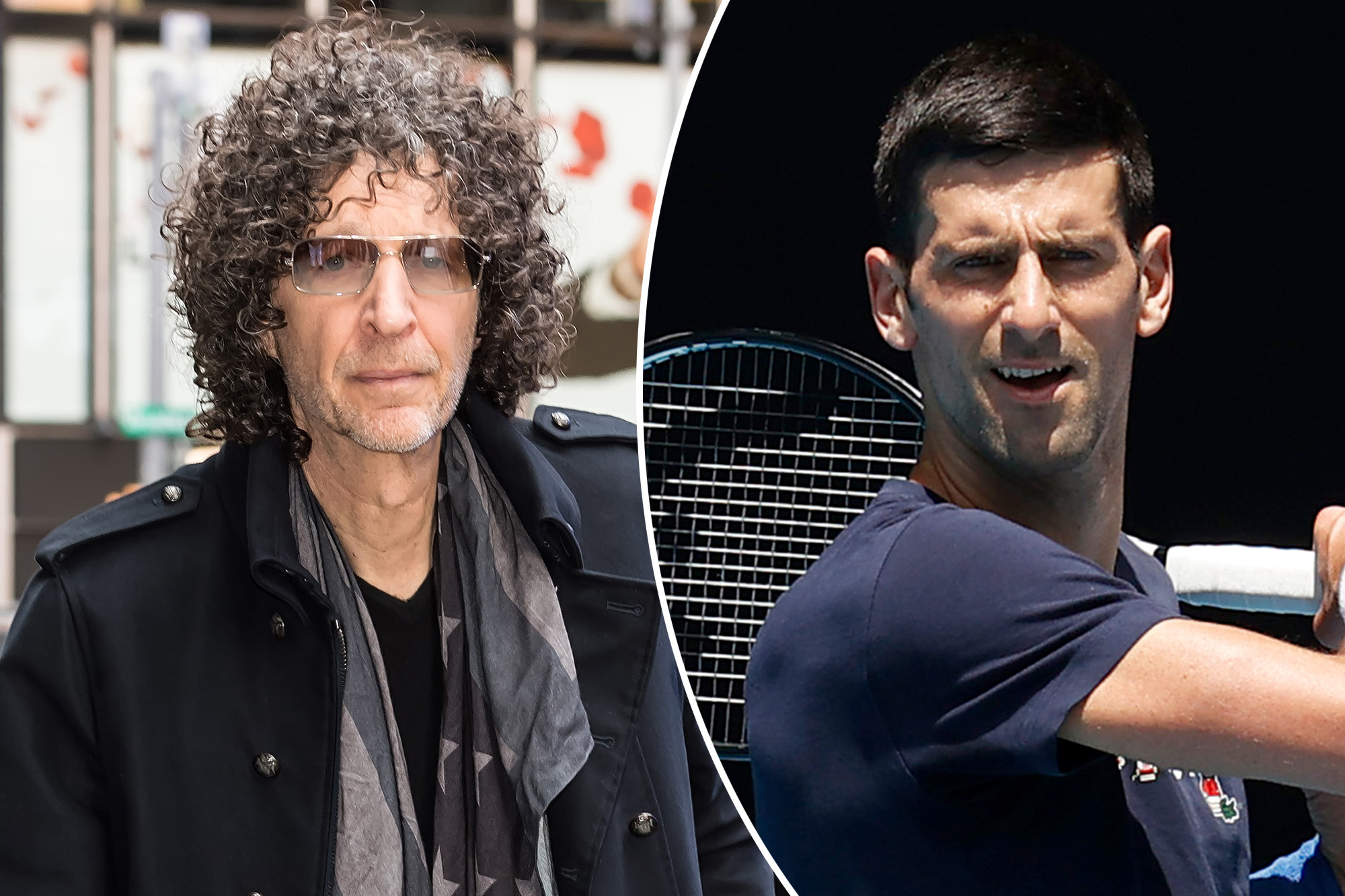 The comments came as the 20-time Grand Slam champion faces the possibility of getting banned from the Australian Open after not disclosing his vaccine status — being vaccinated is a requirement for noncitizens entering the country.

Djokovic’s lawyers argued that the 34-year-old racket wizard did not need to be vaccinated as he had recently recovered from the virus, and was therefore immunized. Meanwhile, the Serbian national has argued in the past that getting the jab should be a personal decision and not mandated by the government.

Stern let the accused anti-vaxxer have it on a recent episode of his radio show, Fox News reported.

He continued, “The first I’ve heard of this guy is that he doesn’t want to get his vaccine and he’s running around …  they should throw him right the f – – k out of tennis.”

Furthermore, the radio personality suggested that Djokovic “could be lying” about having COVID-19, and encouraged the “D-bag” to “stay away from other people.”

Stern, who went viral in September for calling anti-vaxxer radio personalities “idiots,” also blasted the tennis champ’s stance that getting vaccinated should be a private decision.

“That’s like saying smoking is a private decision. Well, that’s true,” Stern argued. “But don’t smoke in my face, f – – knut. What a dummy. Just a big, dumb tennis player.”

Djokovic’s viral vaccination saga began last month, after the tennis star requested a vaccine exemption to enter Australia based on having COVID within the past six months.

However, he had his visa revoked upon arrival and spent the weekend isolating in a hotel with his immigration status in limbo. An Australian judge has since reinstated the athlete’s visa and allowed him to travel to the site of the Australian Open, but now government officials are investigating issues with his positive PCR report in December, which were filed in court.

In a statement posted to his Instagram, Djokovic admitted that he did not immediately isolate after testing positive for COVID-19 last month.

It’s still unclear whether or not these issues will impact Djokovic’s ability to remain in Australia and play in the season’s first Grand Slam.