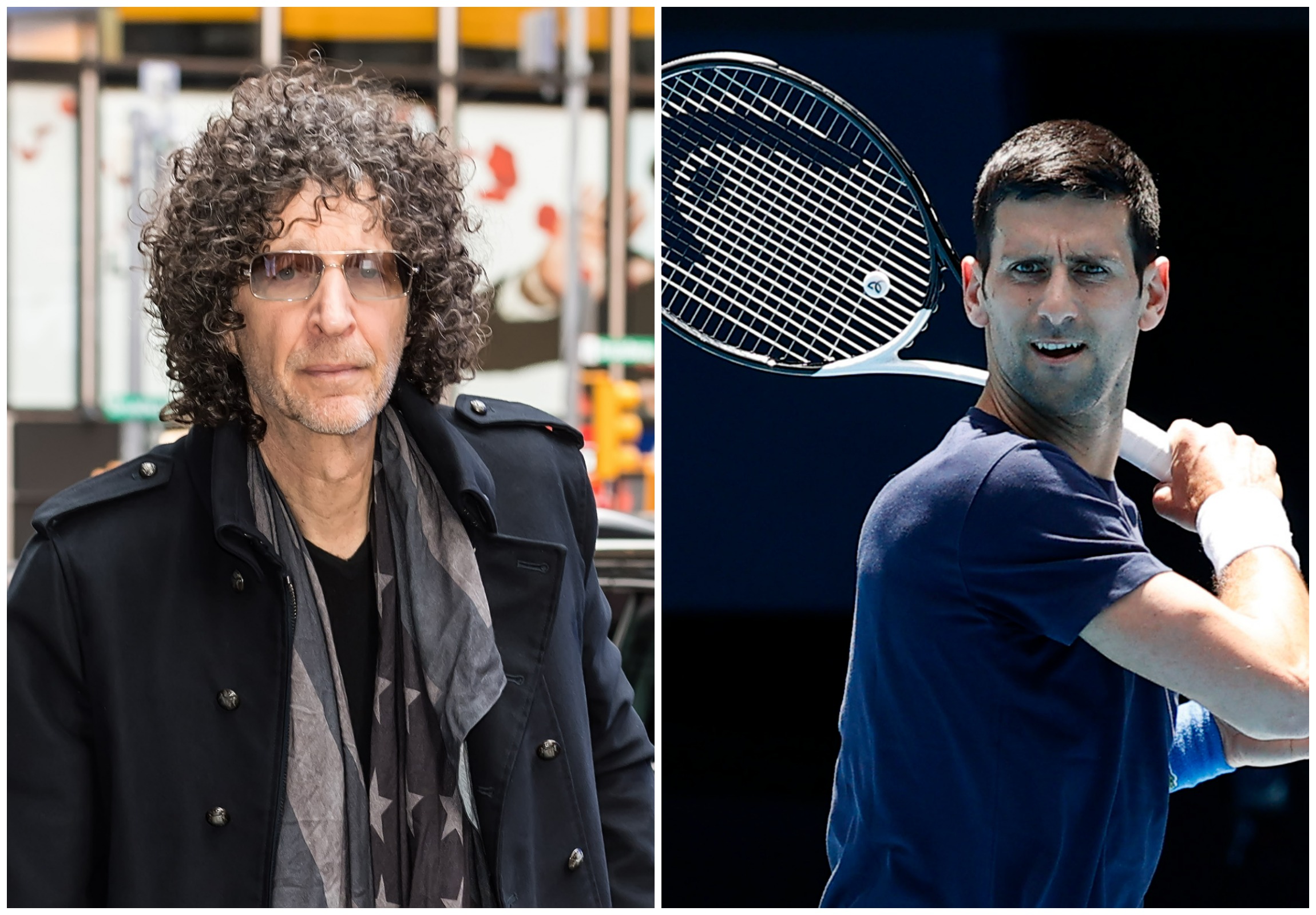 Radio host Howard Stern has declared that Novak Djokovic does “not care about anyone else” and should be thrown out of tennis.

Djokovic has been at the center of a debate over mandated vaccinations after attempting to enter Australia to defend his Australian Open title.

He flew into Australia on January 5 for the tournament but, according to authorities, did not have adequate evidence of a medical exemption from being vaccinated. He was subsequently detained.

On Monday it was announced that Djokovic had won his court case, allowing him to stay in Australia for the time being and avoid deportation.

However, Stern attacked Djokovic with a barrage of insults following this during his radio show on Tuesday.

“That f**knut, Djokovic, I call him the joker, what a f**king asshole,” Stern said.

He continued: “The first I heard of this guy he doesn’t want to get his vaccine, he is running around, they should throw him right the f*** out of tennis, that is it, goodbye.”

Stern’s co-host Robin Quivers noted that Djokovic said he had already been diagnosed with COVID-19 earlier in the pandemic.

Stern argued the tennis player could be lying, to which Quivers insisted he did have it as Djokovic had to pull out of tennis matches. She also highlighted that Djokovic has not been clear on his vaccine status.

Djokovic previously stated he was opposed to vaccinations.

“Personally I am opposed to vaccination and I wouldn’t want to be forced by someone to take a vaccine in order to be able to travel,” Djokovic said during a live Facebook chat with other Serbian athletes.

He added: “But if it becomes compulsory, what will happen? I will have to make a decision. I have my own thoughts about the matter and whether those thoughts will change at some point, I don’t know.”

More recently, in April 2021, Djokovic said he believed in freedom of choice regarding vaccines.

“I don’t think it’ll come to that. I hope not, because I’ve always believed in freedom of choice. Djokovic told reporters.

He continued: “I will keep the decision as to whether I’m going to get vaccinated or not to myself, it’s an intimate decision and I don’t want to go into this game of pro and against vaccines, which the media is, unfortunately, creating these days.”

“I don’t want to be labeled as someone who is against or who is for vaccines. I’m not going to answer the question… and hope that everyone will respect that.”

Stern reflected on these comments during his show, most notably Djokovic’s claim that getting vaccinated was a private and personal decision.

“Where is the statement, let me see. ‘Getting vaccinated is a private decision, you shouldn’t be mandated.’

“That is right, stay away from other people, that is like saying smoking is a private decision, well that is true, but don’t smoke in my face, f**knut, what a dummy. Just a big dumb tennis player.”

Newsweek has contacted Howard Stern and Novak Djokovic for comment.