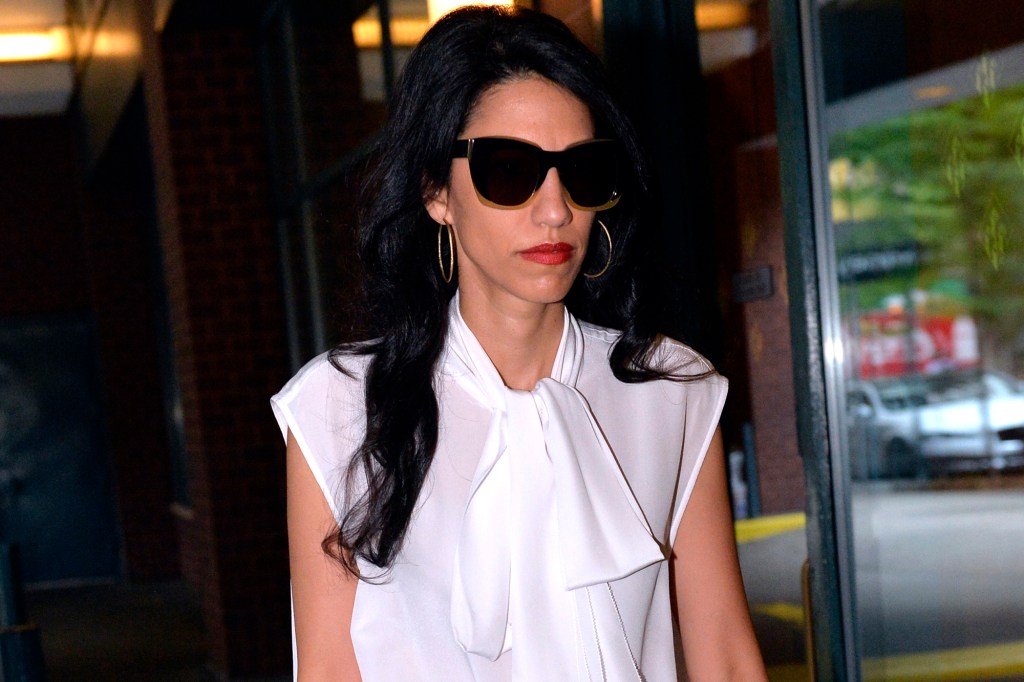 Huma Abedin says in her new memoir that she was once sexually assaulted by a US senator — and was so shaken afterward that she ended up apologizing to him.

Abedin doesn’t identify the offending pol but writes in her upcoming tome “Both/And: A Life in Many Worlds” that she was working as an aide to then-Sen. Hillary Clinton when the incident occurred more than a decade ago, according to the Guardian, which obtained an advance copy of the book.

Abedin — the estranged wife of serial pervert and ex-con former New York Congressman Anthony Weiner — said the assault happened after a dinner attended by “a few senators and their aides.” Clinton, for whom she served as a longtime right-hand, was not there.

“I ended up walking out with one of the senators, and soon we stopped in front of his building and he invited me in for coffee,” Abedin writes. “Once inside, he told me to make myself comfortable on the couch.”

The senator then took off his blazer and rolled up his sleeves as he made coffee and chatted with her, she said.

Then he “plopped down to my right, put his left arm around my shoulder, and kissed me, pushing his tongue into my mouth, pressing me back on the sofa,” she said.

“I was so utterly shocked, I pushed him away,” Abedin writes. “All I wanted was for the last 10 seconds to be erased.”

After the senator apologized and told Abedin he had “misread” her, he asked if she wanted to stay, she said.

“Then I said something only the twentysomething version of me would have come up with – ‘I am so sorry’ – and walked out, trying to appear as nonchalant as possible,” Abedin writes.

The former Clinton aide said she kept away from the senator “for a few days” but remained friendly with him.

Abedin said she buried the incident in her memory until allegations of attempted sexual assault emerged against then-Supreme Court nominee Brett Kavanaugh in the fall of 2018.

In addition to serving as Clinton’s aide in the Senate, Abedin went on to become her deputy chief of staff when the former First Lady spent four years as secretary of state under President Obama. Abedin was also vice chairwoman of Clinton’s doomed 2016 presidential campaign.

Abedin married then-Congressman Weiner in 2010. A year later, Weiner resigned from the House of Representatives after he was caught sending explicit photos of himself to women. His ongoing seamy antics also doomed his once-promising mayoral campaign in 2013.

Abedin filed for divorce from Weiner in 2017. The couple has a son, Jordan.