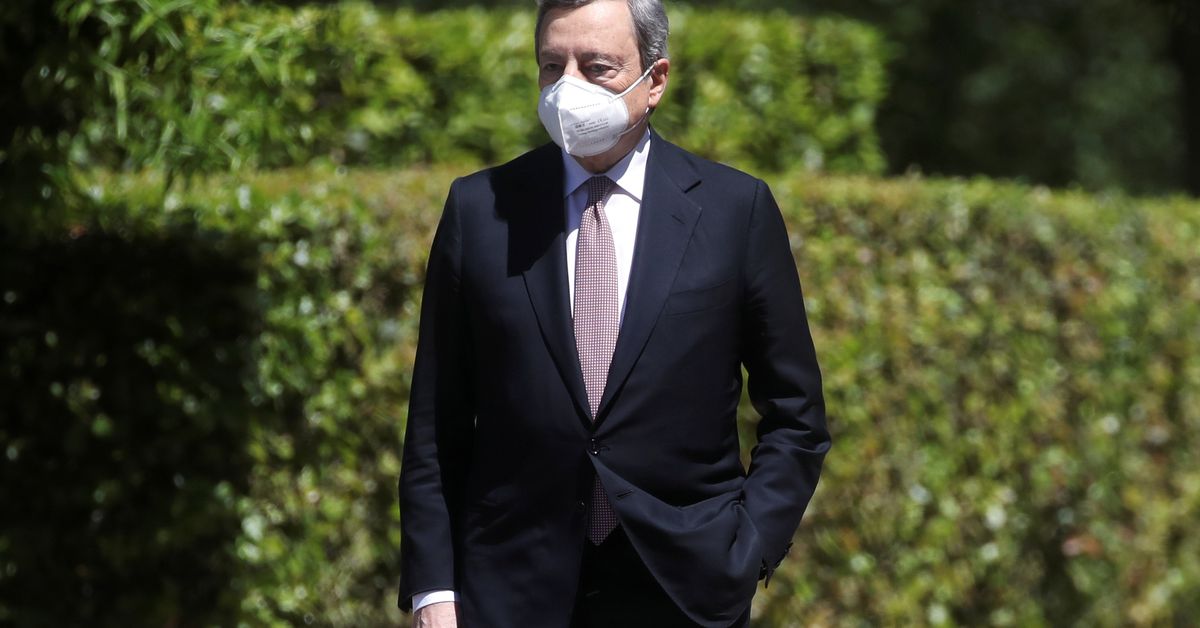 ROME, Oct 12 (Reuters) – Italian Prime Minister Mario Draghi will host a special summit of the Group of 20 major economies on Tuesday to discuss Afghanistan, as worries grow about a looming humanitarian disaster following the Taliban’s return to power.

Since the Taliban took over Afghanistan on Aug. 15, the country – already struggling with drought and severe poverty after decades of war – has seen its economy all but collapse, raising the spectre of an exodus of refugees.

The video conference, which is due to start at 1 p.m. (1100 GMT), will focus on aid needs, concerns over security and ways of guaranteeing safe passage abroad for thousands of Western-allied Afghans still in the country.

“Providing humanitarian support is urgent for the most vulnerable groups, especially women and children, with winter arriving,” said an official with knowledge of the G20 agenda.

The U.N. Secretary General Antonio Guterres is due to join the summit, underlining the central role given to the United Nations in tackling the crisis – in part because many countries don’t want to establish direct relations with the Taliban.

Italy, which holds the rotating presidency of the G20, has worked hard to set up the meeting in the face of highly divergent views within the disparate group on how to deal with Afghanistan after the chaotic U.S. withdrawal from Kabul.

“The main problem is that Western countries want to put their finger on the way the Taliban run the country, how they treat women for example, while China and Russia on the other hand have a non-interference foreign policy,” said a diplomatic source close to the matter.

China has publicly demanded that economic sanctions on Afghanistan be lifted and that billions of dollars in Afghan international assets be unfrozen and handed back to Kabul. It was not clear if this would even be discussed on Tuesday.

While U.S. President Joe Biden, Indian Prime Minister Narendra Modi and Europe’s G20 leaders were expected to take part in the meeting, Chinese media reported that President Xi Jinping would not participate. It was also not clear if Russian President Vladimir Putin would dial in.

Afghanistan’s neighbours Pakistan and Iran have not been invited to the virtual call, but Qatar, which has played a key role as an interlocutor between the Taliban and the West, will join the discussions, a diplomatic source said.

Tuesday’s meeting comes less than three weeks before the formal G20 leaders summit in Rome on Oct. 30-31, which is due to focus on climate change, the global economic recovery, tackling malnutrition and the COVID-19 pandemic.