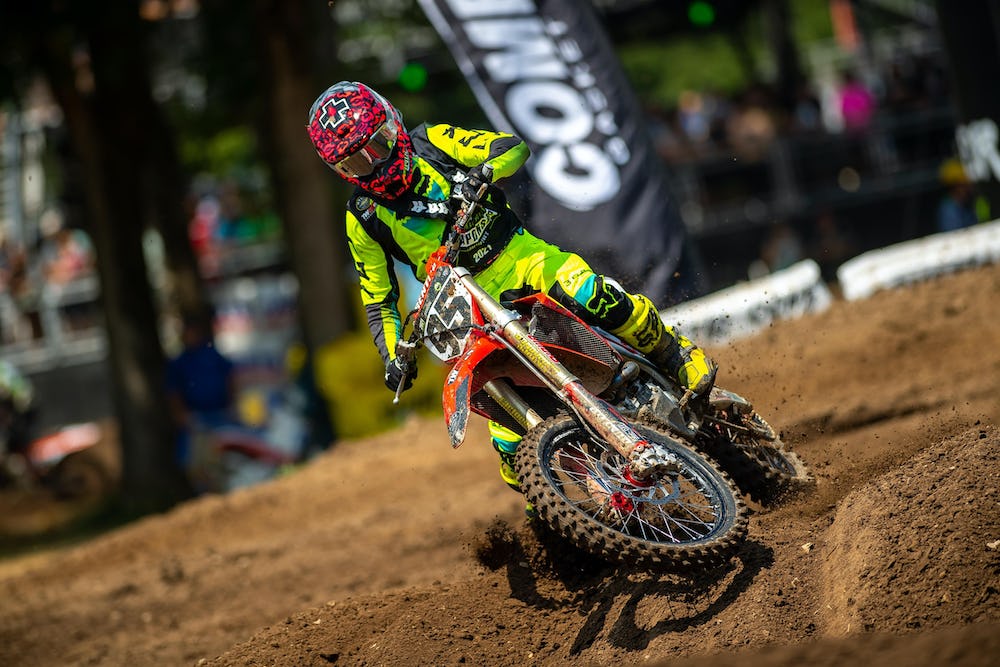 Upon the GEICO Honda program closing its doors at the conclusion of the 2020 Lucas Oil AMA Pro Motocross Championship, long-time GEICO/Factory Connection Honda amateur rider Hunter Yoder had a brief stint in 2021 as a member of the Phoenix Racing Honda. But the California native was on an Atlas Speed Factory-backed Honda CRF250R at the 2021 Monster Energy AMA Amateur National Motocross Championship at Loretta Lynn’s Ranch, finishing fifth overall (6-8-8) in Open Pro Sport and fifth overall (6-6-7) in 250 Pro Sport.

Now, Yoder has announced he will make his pro debut in the 250SX East Region of the 2022 Monster Energy AMA Supercross Championship as #508. Yoder has signed with the TiLube Honda Racing team, where he will join Grant Harlan. The team also has Izaih Clark competing in Hoosier Arenacross. Maxwell Sanford raced for the TiLube Honda Racing team in 2021 but he raced on a Concrete Plants Inc.-backed Honda CRF250R at the Anaheim 1 Supercross.

Back in September, Yoder was uncertain of his future plans following the Pro Motocross Moto Combine West event at Fox Raceway at Pala. He said the following to our Kellen Brauer on what was next for him:

“I’m not quite sure, honestly. I have a couple bikes that are mine and for now, Jamie and Brian are going to keep helping me out. I have a couple of offers to go race supercross next year so that’s something that I could definitely be interested in. It’s every kid’s dream to go race supercross under the big lights and I’m grateful for that. I’m just thankful I get to ride my dirt bike for my job. So, nothing set in stone yet, but I’m just happy that I can get these calls to go race and hopefully I can provide some good results and have fun while I’m doing it.”

Now, Yoder is all set to race the 250SX East Region, which kicks off with the Minneapolis Supercross on February 19.

“Super excited to announce I’ll be racing for @tilubehondaracing in the 250sx East coast @supercrosslive series! Been putting in a lot of work this off season and I can’t wait to go racing! #rookieszn”