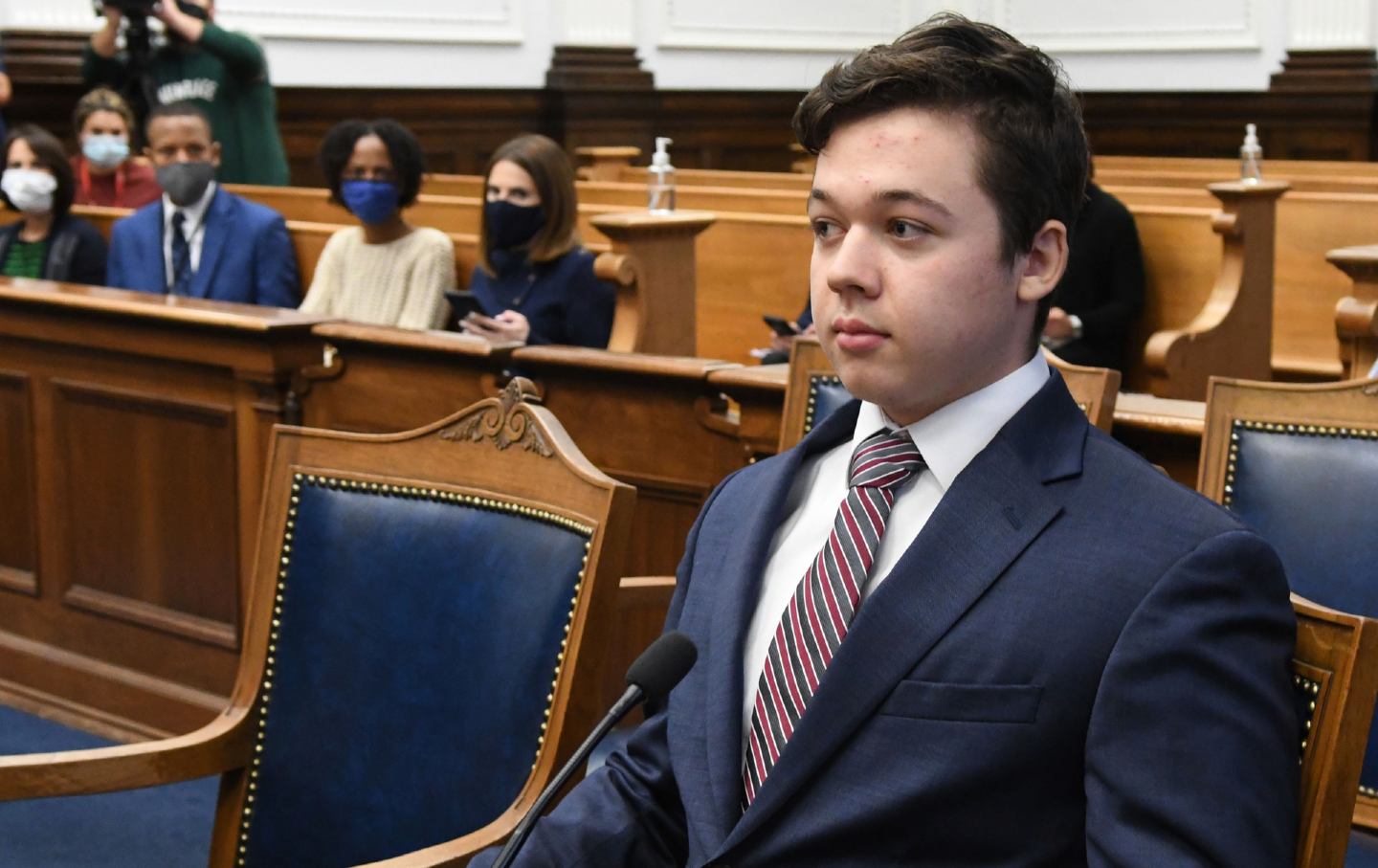 The trial of teenage gunman Kyle Rittenhouse begins next week, but the fix is already in. Rittenhouse, who is being tried as an adult, shot two people dead in the street in Kenosha, Wis., during the protests that followed the shooting of Jacob Blake in 2020. That he killed two people is undisputed, but Rittenhouse claims the homicides were justified acts of self-defense.

Rittenhouse is not from Kenosha. He went there, with other armed men, allegedly to defend a place called “Car Source,” which I point out just to emphasize that he wasn’t even trying to protect his own property in his own town. Once there, he began patrolling the streets with an assault rifle illegally gifted him by an older friend. I find the claim that Rittenhouse subsequently murdered two unarmed people in self-defense to be unconscionable. In a just world, Rittenhouse would go to jail for a double homicide and illegal gun possession.

But we do not live in a just world; we live in a white one. Rittenhouse has become a cause célèbre among white supremacists and their media sympathizers, who have proudly defended Rittenhouse’s decisions to kill. Rittenhouse is the very definition of an “outside agitator” who came into somebody else’s community armed to do violence, but because he murdered-while-white, he will probably walk free.

That reality is almost assured because, even if Rittenhouse somehow draws an impartial jury, he has already won the white people’s lottery and landed a very partial white judge.

Wisconsin state judge Bruce Schroeder has presided over the Rittenhouse case from the beginning and has done nearly everything he can to tilt the scales of justice in Rittenhouse’s favor. This week, in the last pretrial conference, Schroeder declared that prosecutors are not allowed to refer to the people Rittenhouse murdered as “victims” during the trial. He said “victims” is too “loaded” a term, as if there were some other word we should use for unarmed people who were shot to death.

Now, there is a progressive argument for not calling victims of homicide “victims” at trial. I can absolutely see the argument that using the term in a case where the defendant claims self-defense lacks neutrality. It’s a choice other judges have made, though I doubt that this kind of neutrality would be given to a Black teen who gunned down people at a MAGA rally. Still, I wouldn’t call Judge Schroeder biased for this ruling alone. I call Schroeder biased because at the same conference at which he decided to prohibit the prosecution from using the word “victims” to describe the people Rittenhouse shot, he said he would allow the defense to use words like “rioters,” “looters,” and “arsonists” to describe those same people.

That’s bullshit. The (ahem) victims are not on trial. Rittenhouse is. Refusing to allow prosecutors to use linguistically accurate terms for people who did not voluntarily attempt to catch a bullet with their face at the same time as allowing the defense to use prejudicial language to characterize what those people were doing at the time is the very definition of bias. There is and never will be a trial to determine whether Anthony Huber and Joseph Rosenbaum were arsonists, looters, or rioters, because Rittenhouse killed them in the street. Indeed, the sole surviving victim of Rittenhouse’s gunfire, Gaige Grosskreutz, has not been charged with rioting, looting, arson, or any crime whatsoever arising out of the protests in Kenosha. (The judge did say that the prosecutors could call Rittenhouse a “cold-blooded killer” if they could “back it up with evidence”—as if the presence of two unarmed dead people at Rittenhouse’s feet didn’t make the fact that he was a killer self-evident.)

Moreover, Schroeder’s bias has been evident in several other pro-Rittenhouse rulings over the past year. He let Rittenhouse out on $2 million bail (which is not cheap but something Rittenhouse was able to crowd fund because enough white supremacists rallied to his cause), refused to make Rittenhouse turn over his address to prosecutors, then did nothing when Rittenhouse repeatedly violated the terms of his release. He also ruled that he will allow Rittenhouse’s defense team to introduce evidence of police telling him and other armed whites “we appreciate you,” and, while I have no doubt that some racist cops in Wisconsin were totally happy to have another gun-toting white boy on their side, police permissiveness ordinarily has no bearing on a claim of self-defense.

At the same time, Schroeder announced that he will not allow prosecutors to introduce evidence of Rittenhouse’s prior disposition to shoot people to death. There is video of Rittenhouse watching from a car as people leave a CVS: He calls them “looters” and says that he wishes he had a gun to shoot them. The video was taken in August 2020, about two and a half weeks before Rittenhouse shot up the streets of Kenosha. There are also photos from January 2020 of Rittenhouse posing with members of the Proud Boys. Both the video and the photos will be excluded, but the police patting Rittenhouse on the head like a good little white supremacist will be included.

And these are just the biased decisions Schroeder has made before the trial starts. Once it gets going, once he gets to rule on objections and jury instructions, there’s no telling how much worse he’ll get. Schroeder’s actions suggest he has predetermined the case in favor of Rittenhouse, and at trial the prosecution will be fighting against that as well as against Rittenhouse’s actual defense lawyers.

All of this suggests that Rittenhouse will walk free. Schroeder appears to believe that the shooting of “rioters,” “looters,” and “arsonists” by a white teenager is a “victimless” crime. All the defense has to do is find one juror who agrees with the judge.

This seems like a good time to mention that Rusten Sheskey, the police officer who shot Jacob Blake in the back six times, sparking the protests in Kenosha, was not charged with a crime. He was not even disciplined by the Kenosha police. In October, Merrick Garland’s Justice Department declined to press federal charges as well.

Two crimes, but the white justice system manages to see no perpetrators—or “victims.” Two violent white assailants to whom the system seems determined to give the benefit of every doubt. As James Baldwin once said: “To be a Negro in this country and to be relatively conscious is to be in a rage almost all of the time.”