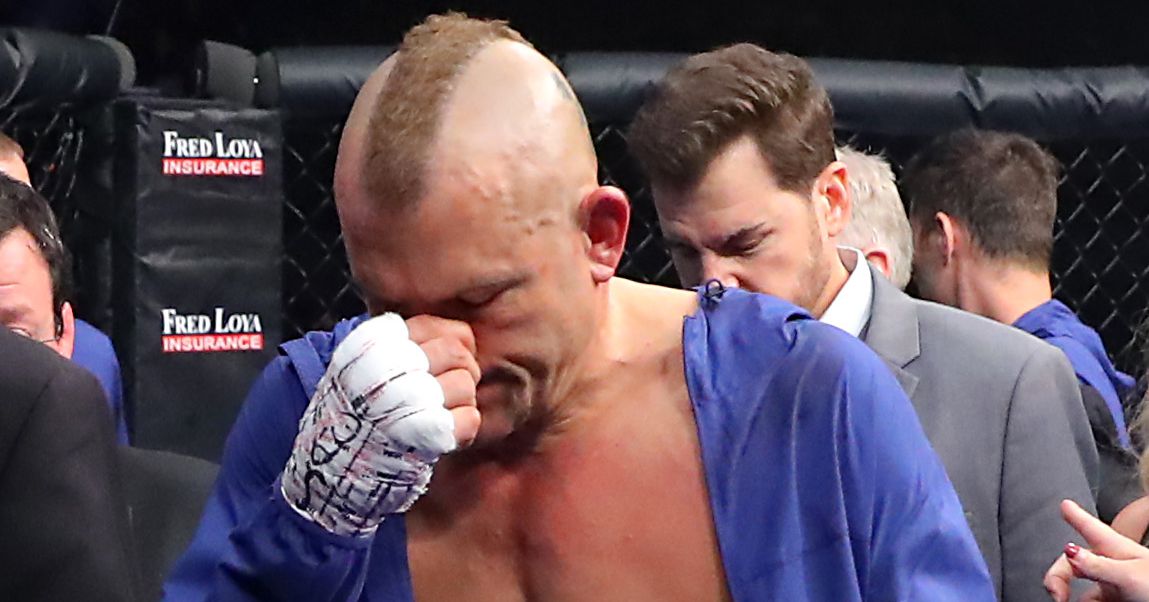 Jason Miller, Jon Jones, Luis Peña, and now, Chuck Liddell. Over the last four and a half weeks, these four men made the MMA news headlines for their respective arrests stemming from alleged domestic violence cases.

The supposed incident involving “The Iceman” happened on Sunday night in his Hidden Hills home. Details have been scarce, so far. All that’s been made public is that it happened between Liddell and his wife wherein a verbal argument purportedly escalated into a physical altercation.

The 51-year-old was taken into custody on Monday morning but was subsequently released after he posted a $20,000 bail. Now, Liddell has released a statement claiming he is the victim and just “volunteered” to be arrested in her place.

Last night the Los Angeles Sheriff’s Department deputies who responded were professional. While the information about this case will be revealed in due course, I believe it is important to convey and clarify a few facts about the situation.

I was the victim of the incident last night at our family home, as details of the case will reveal. The deputies informed me that my wife would be arrested, as I did not respond to her assault while I sustained bruising and lacerations. I volunteered to go in her place.

This was one of the many times I have tried to shield a family mental health issue from the public purview. It has become painfully apparent that this cannot continue, as our private life has now reached a public breaking point. Please respect our privacy as I help to navigate our family through this difficult time.

Liddell, a UFC Hall-of-Famer, retired from competition in 2010. He made a one-off comeback to take on a third fight with Tito Ortiz in 2018 and lost via first-round knockout.