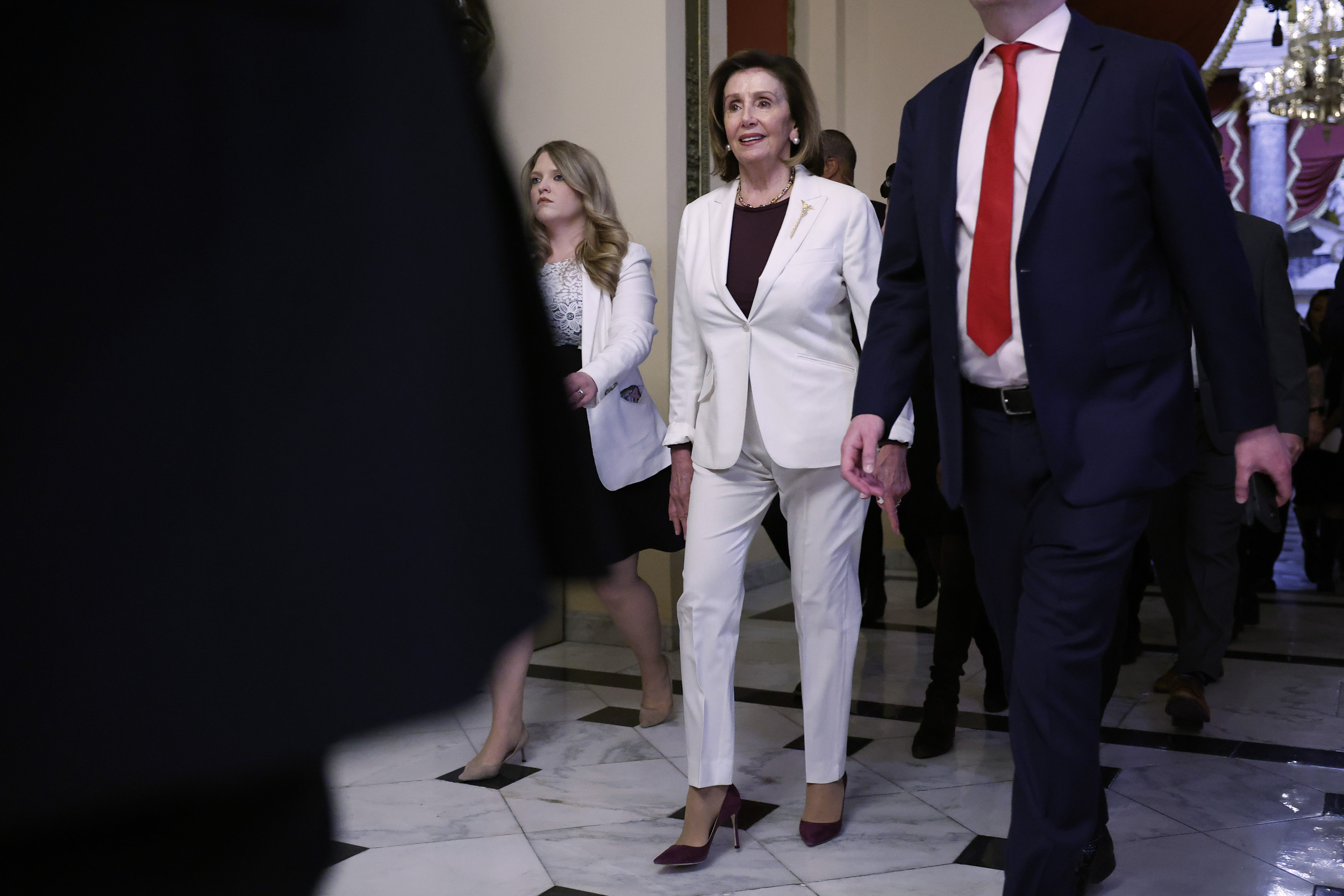 As 2022 turns to 2024—in election terms—the Democrats are still busy congratulating themselves over not being mauled on Nov. 8. But if they continue winning like this, it’ll be a Republican sitting behind the big desk in the Oval Office.

Considering that they lost the House of Representatives and failed to capitalize on the Republicans’ suicidal war on abortion, all this celebrating shows is how low were the Democrats’ expectations for themselves. Without being realistic about the myriad missed opportunities, Democrats will again fail in the next go around.

The election took place on Nov 8, but as of Nov. 23, we’re still counting the ballots—hardly what you would expect in the world’s foremost democracy. The Democrats did manage to flip a Senate seat in Pennsylvania, where they faced a weak candidate in the interloping Turkish citizen and authoritarian apologist Dr. Mehmet Oz. But overall, they were outvoted for the Senate by 39,598,916 to 39,798,099. They were just lucky in the specific one-third of the Senate that was up for grabs this time.

In the House, which is far more representative and majoritarian, and where every seat was up for election, Democrats were outvoted by 54 million to 51 million—a 3 percent margin. Soon-to-be-former Speaker of the House Nancy Pelosi has lost her job and the Republicans are preparing to obstruct President Biden, investigate his son, and shut down the government whenever they can.

Anything near this failure will get former President Donald Trump—or Florida’s Republican Gov. Ron DeSantis—elected president in 2024. To justify celebrating such a dismal outcome, the Democrats tell themselves that the sitting president’s party tends to do poorly in U.S. midterms. And it’s true; judged purely by such a standard the 2022 midterms were one of the less lackluster performances—nothing like the Dems’ wipeouts in 1994 and 2010.

Yet sometimes, the president’s party does quite well. This tends to occur after seminal events—for example, the 2002 midterms when the country was rallying around former President George W. Bush in the wake of 9/11. This year should have been such a seminal election, at such an unusual juncture, for a number of reasons that don’t normally apply.

First, there is the Republicans’ astounding overreach in bringing about the overturning of Roe v. Wade. It would have been inconceivable only a few years ago, and violated assurances conservative justices had previously provided. More than six in 10 Americans opposed the court’s decision, and the opposition was generally more vehement than the support. The Republicans made enemies of American women in a way that deserved far greater punishment. This should have driven Democratic turnout.

Second, Trump is still around, mobilizing his base but annoying everyone else, which amounts to two-thirds of the public. Ex-presidents are expected to gracefully fade into the background, trotted out perhaps for big party events and public service announcements, but not so Trump. Trump’s machinations and 2024 run effectively put him on the ticket this year and should also have driven Democratic turnout.

Third, there was a brazen effort by the Trump wing to elect state officials to specific positions—governors, attorneys-general, secretaries of state—that would be well-placed to overturn future elections that don’t go the Republicans’ way. They hardly even bothered to hide this plan, and it was an attack on democracy. Mercifully, most such candidates lost but the phenomenon—unprecedented in U.S. history—should have had far wider implications on Democratic turnout.

The Republicans would not have let such massive assists just melt away in the November sun. In a reverse scenario, the hysterical attack ads and aggressive messaging would have been ubiquitous and inescapable. The conservative media would have drummed agitprop into the mind of every viewer and whipped supporters into a veritable frenzy. They would have done it with fiendishly articulate mouthpieces, like Tucker Carlson, who are easy to mock but brutally effective.

The Democrats do none of this. They are, effectively, asleep at the wheel (as I have written on these pages).

The Democrats could have launched a national campaign to ensure that every American knows that the Republicans are trying to steal elections. Using punchy social and broadcast ads, the party could detail the Republican scheme to suppress voting and gerrymander their way into a permanent minority-majority. The Republicans are cheaters in the way the Democrats used to be, back in the party machine days—and Americans do not like cheaters.

The Democrats could have reminded every American that the Republicans are the reason there is no ban on assault weapons and why every effort to rein in the gun madness—which is unique in the developed world—is like pulling teeth. More deaths are recorded every week, at nightclubs and Wal-Marts. They could have reminded every American that the Affordable Care Act, which few want to see cancelled, was opposed by almost all Republicans, and would be overturned by them if only they get the chance.

They might have reminded every American that Republican fiscal prudence is a risible myth. That they will give the rich more money every opportunity they get. That their policies make America the most unequal society in the rich world and cause the yawning national debt.

They should have bombarded Americans with the hypocrisy of the McConnell rule—the nonsensical argument that the president cannot nominate a Supreme Court justice in an election year, unless that president is Trump.

They could have just broadcast anything ever said by senators Ted Cruz (R-TX), or Lindsay Graham (R-SC), or Mitch McConnell, (R-KY). The reptilian nature of so many of the major Republicans is a gift, and it was wasted.

The Democrats could have done all this and more, but it is negative campaigning, and they are too dainty for it. It is a problem the Democrats share with liberal counterparts all over the world—France, Britain, Israel, and even India. Once the zone of radical revolutionaries, the left now features the educated and complacent. They bemoan the supposed idiocy of the masses but lack the energy, the drive, and the killer instinct to sway them.

The Democrats face a fire-breathing dragon, and they come to the fight with a carafe of rose wine and a plate of crudites. The midterms were wasted. They might want to wake up before 2024.

Dan Perry is managing partner of the New York-based communications firm Thunder11. He is the former Cairo-based Middle East editor and London-based Europe/Africa editor of the Associated Press. Follow him at twitter.com/perry_dan

The views expressed in this article are the writer’s own