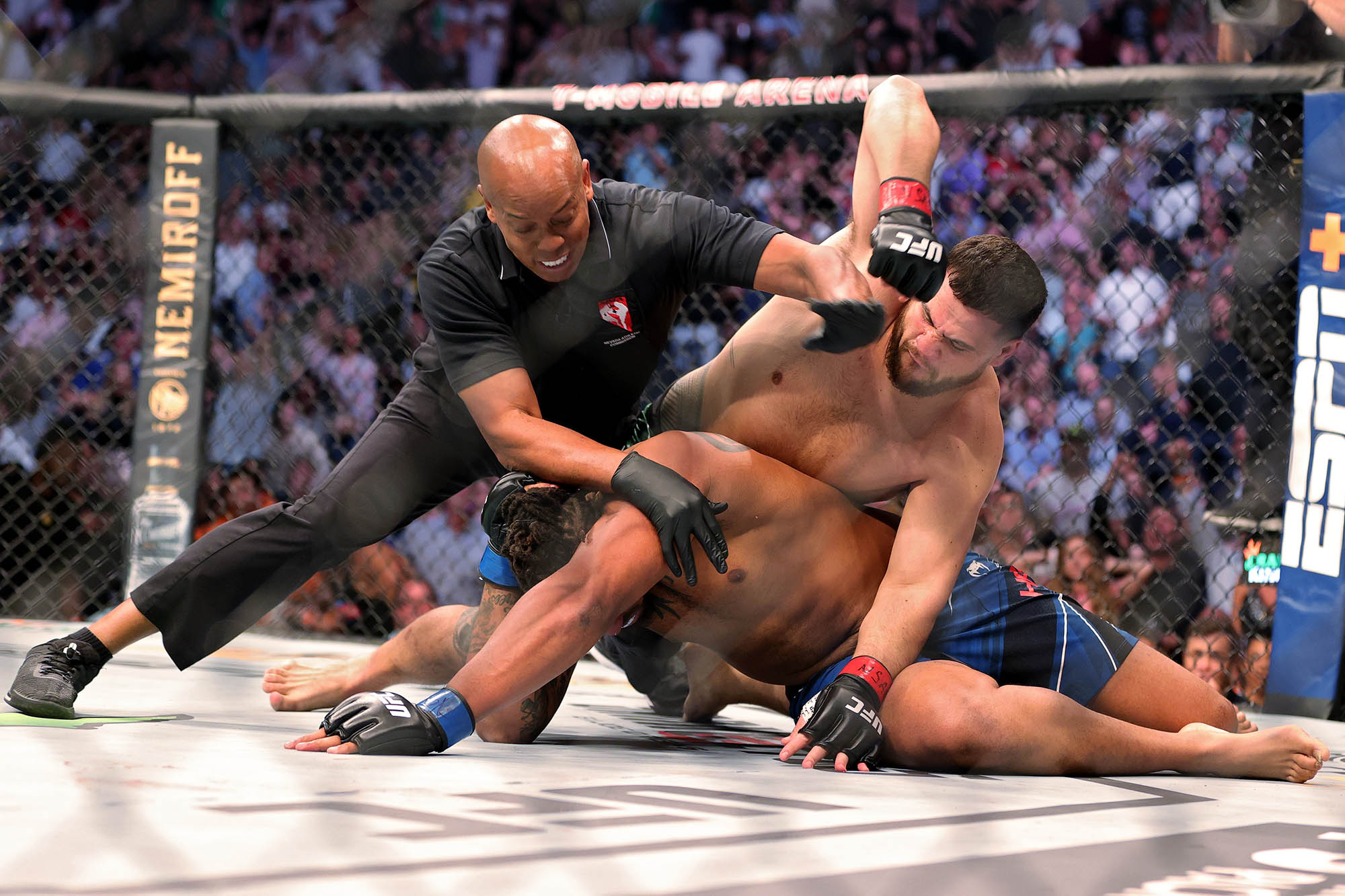 At UFC 264, Tuivasa (13-3 MMA, 6-3 UFC) knocked out Hardy in the first round at the T-Mobile Arena in Las Vegas. On Monday, the Australian delivered another devastating blow, but this time, via words and a photo on Instagram.

chicken dance bruuuh 🤦🏽‍♂️🤦🏽‍♂️🤦🏽‍♂️ hahaha imma leave this here and let you fink about some fings ok ! Or I’ll come there and smack your other eye you eyeguy 🤣🤣🤣🤣🤣🤣🤣🤣🤣 talk to much end up on your back 🤫🤫🤫 I’m a man I hit back uce 😉🤐 🙉🙊🙈 #bambam #FTA #westernsydney #totheworld #ESSSHHHAAAAYYYY #talkshitgethit

A few days prior, Hardy (7-4 MMA, 4-4 UFC) posted a picture with his team and former NFL wide receiver Chad Johnson taken before the fight to his Instagram account with a caption that included, “Met him in the middle and had him doing the chicken dance. Just got to eager.”

Apparently, Tuivasa took exception to the post which prompted his firey initial reply on Monday, but he wasn’t done there. Tuivasa posted two more times in response, concluding with a picture Hardy previously posted himself of his damaged eye.

👁 guy 🤣🤣🤣🤣🤣🤣🤣🤣
ok I’m putting my phone away now !!! But don’t talk shit after I already fucked you up !!! Can meet up whenever wherever my bred ☺️☺️😘😘 #bambam #FTA #westernsydney #imnotheoneucccce #princeoffuckall

When speaking to the media immediately after the fight, Tuivasa admitted he was rocked from the punch Hardy landed but credited his maturity and experience to overcome the moment.

“I was rocked,” Tuivasa told reporters at the UFC 264 post-fight news conference. “He touched me, and yeah, I felt it and I knew to take a couple of steps back. I think the old me would’ve thrown some bombs, but I feel like I’m maturing in this game.”