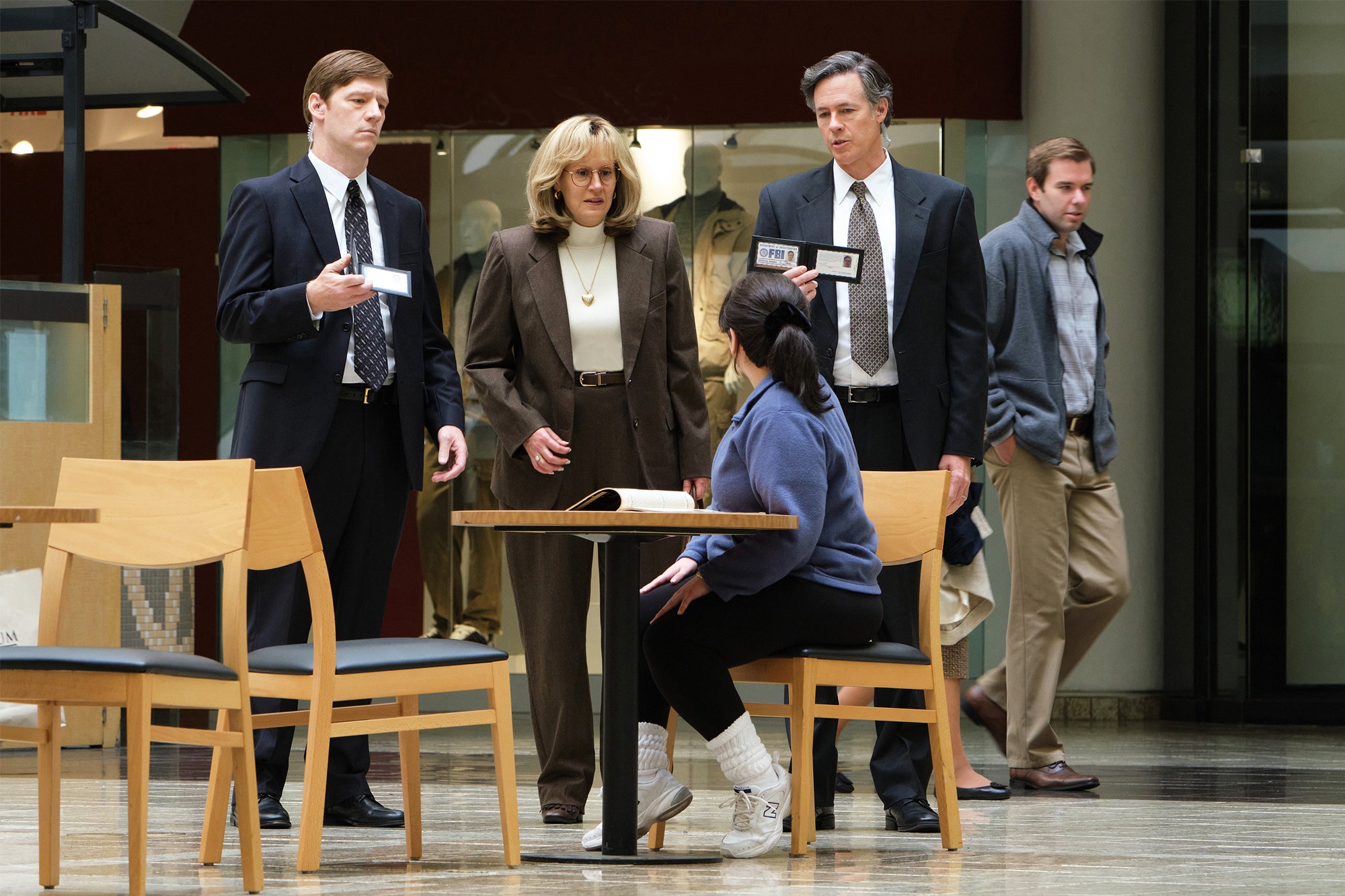 When Monica Lewinsky arrived at the Pentagon City mall on January 16, 1998, to meet Linda Tripp for lunch, the 24-year-old had no idea she was about to be ensnared in a traumatic, nearly 12-hour ordeal that would instantly change the course of her life.

After Tripp showed up, the longtime government aide was soon followed by FBI agents—and Lewinsky immediately knew that the confidante with whom she had entrusted details of her affair with President Bill Clinton had turned on her. It wasn’t until Lewinsky trailed Tripp and the agents upstairs to a room at the adjoining Ritz-Carlton hotel, though, that she realized the depth of Tripp’s betrayal. Tripp had not only disclosed details of the affair, she had tape-recorded approximately 20 hours of phone conversations with the White House intern.

This betrayal, and the extraordinary ensuing hours during which FBI agents pressured Lewinsky to cooperate in their investigation of Clinton, are the tight focus of Tuesday’s episode of Impeachment: American Crime Story, “Man Handled.” The episode, which was written by executive producer Sarah Burgess and directed by Ryan Murphy, is a standout for actor Beanie Feldstein, who plays Lewinsky. Like Lewinsky, she hurtles herself through an emotional roller coaster of rage, humiliation, fear, and calm.

In an interview with Vanity Fair, Feldstein says that she was not aware of the details of Operation Prom Night until researching ahead of the episode.

“It was gutting to understand that a 24-year-old girl in her workout clothes was in a room with eight to 12 men with guns, and asked to turn on the president and [his personal secretary] Betty Currie and [personal adviser] Vernon Jordan,” says Feldstein. “And to watch that girl hold her ground and not be [intimidated] by these scary men, who are literally armed, and demand that her mother come and protect her—and to not do what they want [was] a remarkable act. And one of the bravest things I’ve ever portrayed. It was a life-changing episode for me as an actor, because it pushed me to places I didn’t think I could go. But it was all for the most important goal—of helping people finally understand Monica’s pain and what she had to go through.”

The episode was shot over 23 days—for comparison purposes, Feldstein’s 2019 film Booksmart was shot in about 25 days—and was an emotional marathon for Feldstein. “It was, for me as an actor, by far the most emotional place I’ve ever had to go…but I had to feel that pain in order for the audience to feel the pain.”

Burgess had plenty of resources to cull while writing the episode, including Andrew Morton’s 1999 biography of Lewinsky, Ken Gormley’s The Death of American Virtue, the Starr Report, and the Slow Burn podcast. The most helpful resource for storyboarding the episode, however, may have come from the FBI itself—in the form of a document the agency used to memorialize the controversial interview.

“In this case, the FBI basically wrote my outline for me,” says Burgess. “Furthermore, the Office of the Independent Counsel was later investigated for its behavior on this day because it’s not legal, if someone asks for their lawyer, to decline that. Mike Emmick [the agent played by Colin Hanks on Impeachment] in particular was investigated. Because even at the time, there was controversy around this—Ken Starr was pressed by Democrats in Congress about it…because a prosecutor can’t just hold someone in a room against their will. Of course they used ambiguous language to make it feel that they weren’t doing that…. As I was working on this, it was very obvious what a shattering experience this was for Monica.” (The investigation concluded that Emmick showed “poor judgement,” but that prosecutors didn’t demonstrate “professional misconduct.”)

What fascinated Burgess was how Lewinsky—so young and in an unfathomably intimidating situation—was able to toggle between fear, rage, and calculating pleasantries. At one point, Lewinsky refused to cooperate until her mother arrived from New York via train—meaning that she and the agents had hours to fill. Surreally, the unlikely grouping hit the mall—browsing through a Crate & Barrel and sitting down for a meal.

“I was struck that her mind was operating on two tracks,” says Burgess. “We see her being friendly and sort of teasing [the agents] and being warm with them. And then we see her running to a pay phone…I think Monica was very smart and there was some strategy in that. As a young woman, sometimes your only option is to just be nice…but it’s very clear to me that Monica displayed incredible strength. She could have just turned on Bill Clinton, Betty Currie, and Vernon Jordan immediately. She was tested, but she behaved the way I think most of us would want to, which is you keep your feet on the ground and you don’t bend because of fear.”