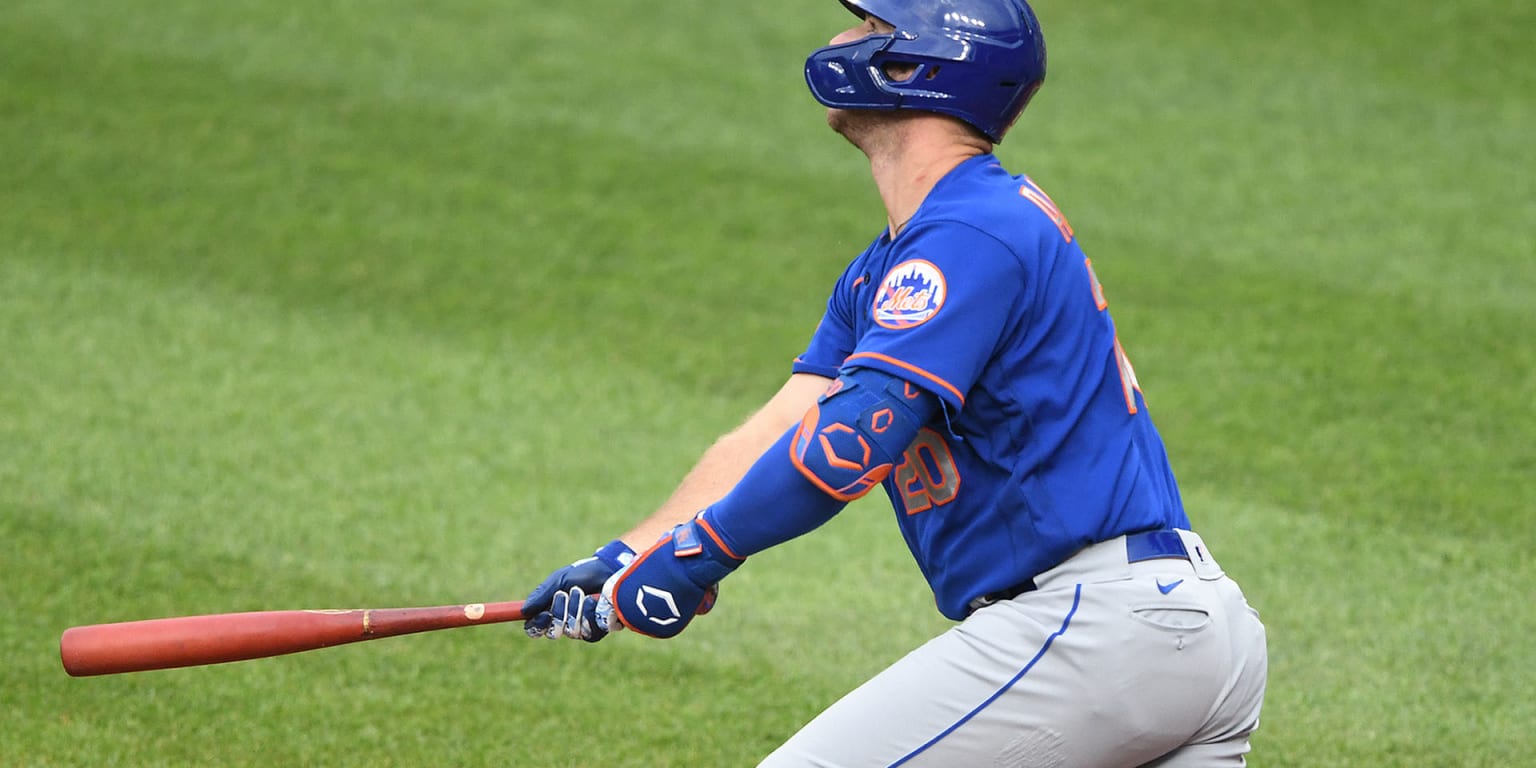 BALTIMORE — Front-office executives like to divide the season into thirds. The first third is all about evaluation: figure out where the strengths and weaknesses of the roster lie. The second is about action: make the trades or acquisitions necessary to fulfill the team’s goals. The final stretch revolves around results: play out the schedule and see what happens.

Officially, the Mets completed the first third of their season with a 14-1 romp over the Orioles on Wednesday to secure a two-game series split at Camden Yards. Much as they did last month at Citi Field, the Mets pounced on their former ace Matt Harvey for the first seven runs, including a three-run homer by Kevin Pillar and a two-run shot from Pete Alonso. Pillar and Billy McKinney each finished with multi-homer games in support of Taijuan Walker, whose seven stellar innings lowered his ERA to 2.07.

With all that positive ink in the box score, the Mets capped the first third of their season with a 30-24 record, while extending their hold on the NL East pole position to 32 consecutive days. It’s their best record over the first third of a season since 2016, which also happens to be the last time they played a postseason game.

“It’s something that’s never really discussed, the fact that we’re in first place,” Pillar said. “With everything that’s going on, it doesn’t necessarily feel like that all the time as far as feeling like we’re a first-place team. Our mindset and our confidence resembles that, but we’ve been tested. We’ve been pushed to the depths of our organization, and guys have just continued to come up and play well.”

Don’t take that to mean things have gone breezily; at one point last month, the Mets had 17 players on their injured list, but they managed to overcome those absences thanks — as Pillar mentioned — to the strength of their depth. Concerns do remain, particularly in the rotation, where Carlos Carrasco’s injury and David Peterson’s struggles might force the Mets to enter the starting pitching market at the Trade Deadline. But the club’s issues don’t seem to be any greater than those of other contenders around the league.

What’s more, the Mets are slowly becoming healthy. On their nine-game road trip through Arizona, San Diego and Baltimore, which they completed with a 5-4 record, the Mets added Alonso, Pillar and reliever Seth Lugo back to their active roster. Bench bats Luis Guillorme and Albert Almora Jr. are set to follow in the coming days, with Jeff McNeil and Michael Conforto in the not-so-distant future. In the meantime, the Mets have identified multiple replacement pieces who can help them longer-term — most prominently McKinney, who on Wednesday hit his third and fourth homers in 12 games since joining the club.

“I’m just grateful for the opportunity to be here,” McKinney said. “Obviously, it’s on tough circumstances with guys going down — you never hope for that. But I’m just glad that I’m here. I’m trying to show what I can to the best of my abilities, and help the Mets win.”

With two-thirds of the season remaining, the rotation appears to be more of a potential trouble spot than the offense, though not if Jacob deGrom, Marcus Stroman and Walker all continue throwing as well as they have. Walker had little trouble dispatching the Orioles on Wednesday, allowing his only run after a potential strike-three call went against him in the first. Following the ensuing Ryan Mountcastle RBI hit, Walker set down 18 of his final 21 batters. He struck out a season-high nine on the night.

And that wasn’t unique to this win or this series. If it’s not Walker setting some sort of season-high, it’s someone else. The Mets have already used 45 players this season, some of whom will never appear in a game for them again. They’ve all been a part of this imperfect first third of the season, which has been more successful than the Mets — given their issues — could have realistically hoped.

“You couldn’t be any more proud,” manager Luis Rojas said. “Every single guy who’s put on the Mets [uniform] has just helped us along the way.”

Added Alonso: “We’ve had a lot of adversity so far to the start of the season, and to be where we’re at in first place in a really tough division, it’s awesome. It’s a great feeling to be in first, and we want to keep it that way. And as soon as we keep getting everybody back healthy, then we want to extend our lead. It’s been a tough start, but we’re right where we want to be.”