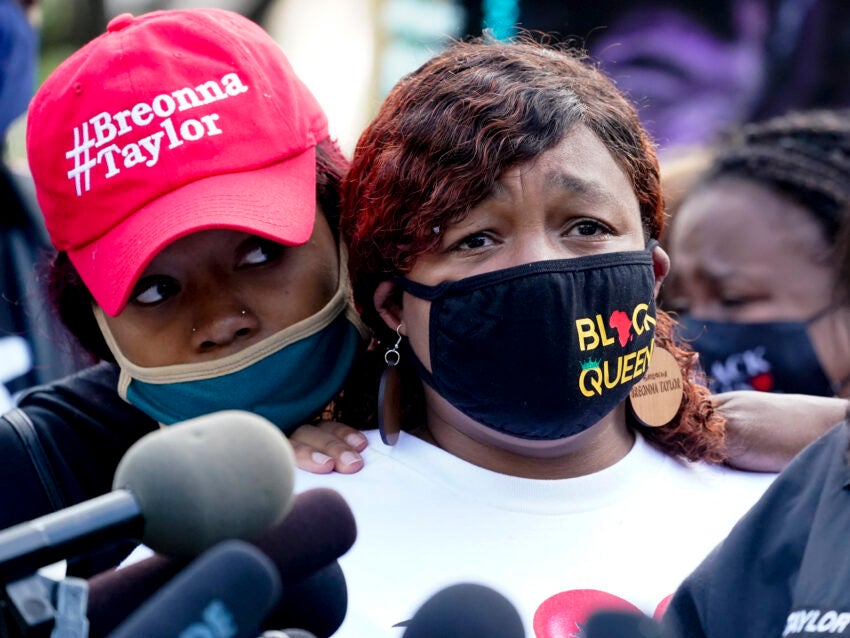 LOUISVILLE, Ky. (AP) — On the one year anniversary of her death, Breonna Taylor ‘s family will gather in downtown Louisville Saturday to honor Taylor’s legacy and continue their demand for justice.

They will speak at Jefferson Square Park, which became an impromptu hub during months of demonstrations last summer. Activists have also set up an outdoor memorial with a mural, posters, artwork and other mementos honoring her life.

Last summer, Louisville, Kentucky’s largest city, became the site of huge protests in the wake of the police killing of Taylor, a Black woman who was shot multiple times by police during a botched drug raid in March.

Demonstrations were a frequent occurrence, as protesters called for charges to be brought against the officers involved in Taylor’s death.

A grand jury indicted one officer on wanton endangerment charges in September for shooting into a neighbor’s apartment, but no officers were charged in connection with her death.