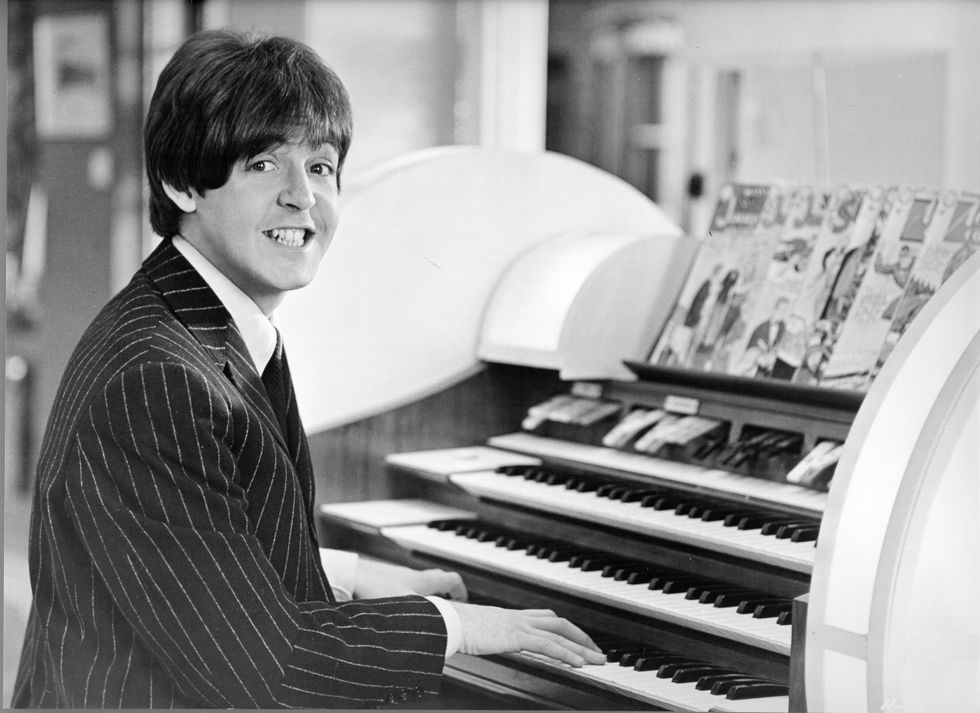 The Beatles were first and foremost a studio band. They famously quit touring in 1966 following a performance at San Francisco’s Candlestick Park during the height of Beatlemania. It was just as well for the lads from Liverpool because the group was truly at its best, and arguably its worst too, when they were left to tinker with their toys at Abbey Road; to create songs without consideration for how they might be able to reproduce them in a live setting.

The Beatles’ daring genius in the studio has been explored to the point of exhaustion, but McCartney 3,2,1—Hulu’s new six-part docuseries that presents Paul McCartney in conversation with legendary producer Rick Rubin—manages to surface some fun new stories by allowing McCartney to dig deep into a random selection of tracks.

Below are five facts that might surprise even the most devoted Beatles completists.

John Cage inspired “A Day in the Life”

If you’ve ever seen any of Paul McCartney’s post-Beatles performances you know how much he likes to play “A Day in the Life.” Why wouldn’t he? It’s one of the most influential and important songs ever recorded.

The track was originally written and shaped by John Lennon, but its signature epic arrangement was composed primarily by McCartney. In the docuseries, the former Beatle touches on the inspiration for “A Day In the Life”’s feast of sounds. “At that time, I’d been listening to a lot of avant garde music,” McCartney tells Rubin. “I was in London. I was hanging out. We were getting quite artsy … I was reading about crazy composers like John Cage. The concepts were very freeing.”

The series then cuts to a clip of Cage performing his famous piece “Water Walks” on a 1960s game show. In Cage’s performance, you can hear the many cacophonous sounds and feverish, atonal chords that comprise the song’s buzzy middle section as isolated tones. It’s like looking at an x-ray of “A Day in the Life.”

Ringo had a funny way with words

Thankfully, McCartney doesn’t gloss over Ringo Starr’s massive contributions to the Beatles oeuvre. In addition to being the suavest Beatle, he was also the funniest—though not always on purpose. “Ring’s a very funny guy,” says McCartney. “He used to say these malapropisms or whatever … he just had an aptitude for saying something that was a little bit wrong, but it sounded right.

Many Ringo-isms, as McCartney called them, turned into song titles. That’s true of “Hard Day’s Night” and “Tomorrow Never Knows” which Starr evidently mumbled in response to Lennon asking how the band was going to handle a particularly stressful situation. “Well I don’t know. Tomorrow never knows …” Starr allegedly said.

You get the sense that the talented drummer spent a fair amount of time half-stoned and hanging back, attempting to avoid the friction that radiated between Lennon and McCartney. Suave, funny, and evidently wise too.

“People say ‘Which is your favorite tune of yours?’ And I’m kind of tempted to say ‘Yesterday’ because I wrote it so magically, but I like this one,” says McCartney, about the much less famous track “Here, There and Everywhere.” McCartney then reveals that one of the reasons he likes it so much is because John Lennon liked it too.

In a poignant passage in the series, McCartney reflects on putting the track together while waiting for John to join him for a songwriting session. “He wasn’t always ready, shall we say,” McCartney says while emitting a quiet laugh. When Lennon did eventually come out, McCartney showed him the song. “I remember him saying ‘Oh, I like this one.’ And you know what … that was enough. That was great praise coming from John.” What his memory reveals is that despite their various difficulties, McCartney did and still does value his bandmate’s opinions, at times even more than his own.

“Come Together” started off as a Chuck Berry cover

There comes a point in every music listener’s life when they realize that pretty much everything they’ve ever heard can be traced back to Chuck Berry. “Come Together” by the Beatles is no exception. Arguably the Beatles funkiest track, “Come Together” started off as a twangy, rhythmic, country song. In episode five of the series, McCartney recalls his reaction upon hearing Lennon’s “Come Together” for the first time. “That’s a Chuck Berry song!” he said.

McCartney had immediately recognized the bones of Berry’s “You Can’t Catch Me” in Lennon’s composition and insisted they rework it to create something more distant from the original. This was a good call. “Come Together” is better because of McCartney’s intervention. It’s stylish and swampy, and its bass-forward approach represents one of the Beatles most explicit experiments with contemporary r&b. The isolated bass line that opens “Come Together” ? That’s a riff on the legendary Motown bassist James Jamerson’s signature syncopated style.

Before Eric Clapton was Eric Clapton he was George Harrison’s friend, and the spiritually inclined Beatle was a very good friend to Cream’s lead guitarist. Harrison labored over “While My Guitar Gently Weeps” for months. He was deeply invested in its creation. So it’s especially kind then that he invited Clapton to record the unforgettable guitar solo that pierces through the middle of the track.

“It was very generous of George to give Eric this moment when he could have had it for himself,” recalled McCartney. “But George was very like that. He was very open.” Clapton’s solo on “While My Guitar Gently Weeps” marks the first occasion of a non-Beatle appearing on a Beatles record. In the following decades, Harrison and Clapton came together on multiple occasions to perform “While My Guitar Gently Weeps,” oftentimes splitting up the solo.

Abigail Covington
Abigail Covington is a journalist and cultural critic based in Brooklyn, New York but originally from North Carolina, whose work has appeared in Slate, The Nation, Oxford American, and Pitchfork