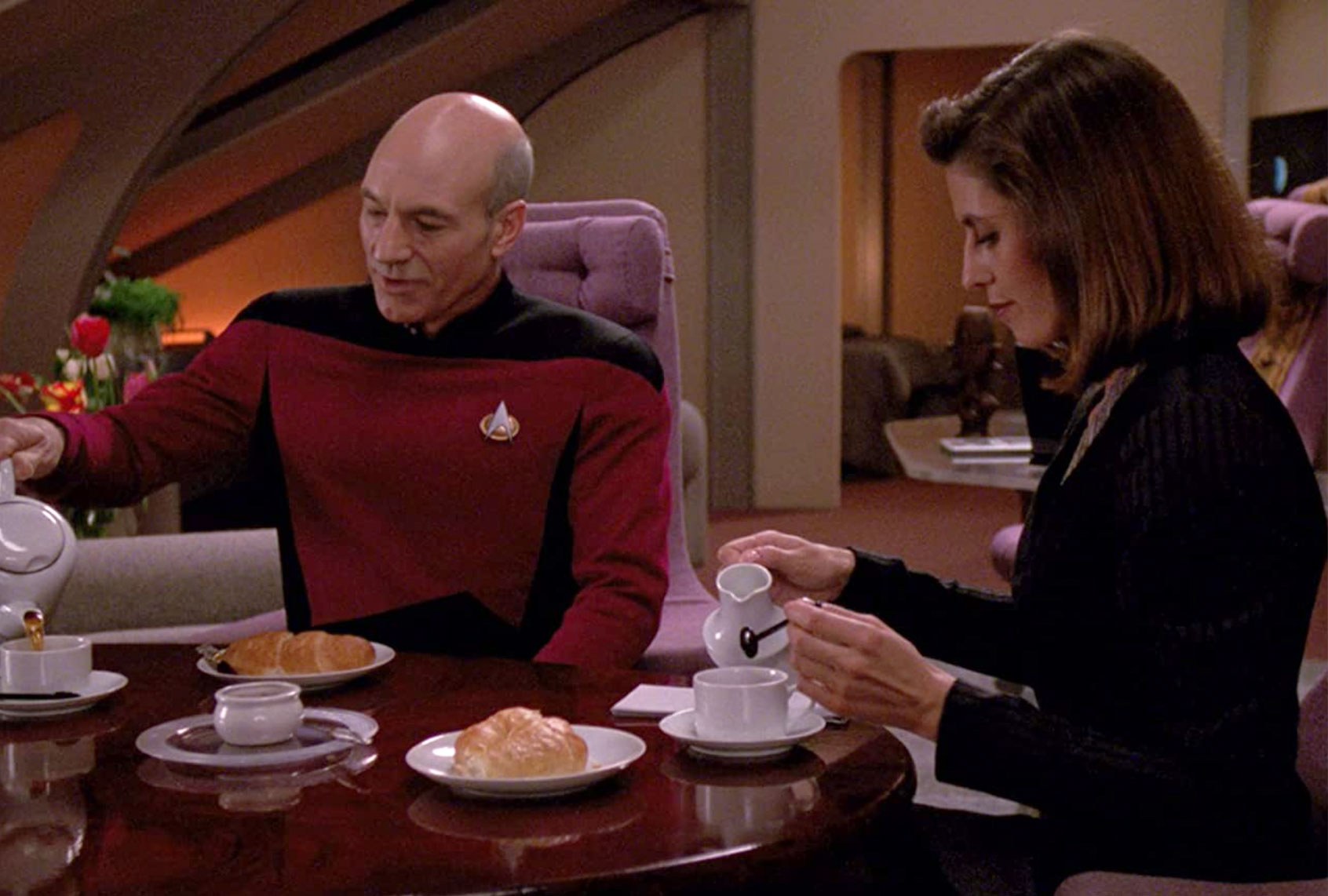 One of the great narrative dilemmas for sci-fi and fantasy writers imagining wondrous alternative realities is the question of want. It’s fun to conjure worlds where, through magic or technology, humans have conquered the twin problems of needing resources and having to work to get them. But it’s also harder to devise the conflicts that drive narrative fiction in worlds were people’s material needs are all met.

In the Harry Potter series, J.K. Rowling splits the difference, giving wizards the ability to do away with drudgery through magic, but still needing money to buy food, property, and goods.  In his Magicians trilogy, Lev Grossman leans into his characters’ ability to generate money with magic, exploring the question of how insufferable want-free people might actually be. In Marvel’s Avengers series, Tony Stark’s invention of free energy mostly frees up the characters to focus on big, comic book-y threats, like A.I. robots and space invaders. (Though one wonders why Tony doesn’t do more to address the resource problems that drive Thanos to commit universal genocide.)

Then there’s Star Trek, the 800 pound gorilla of utopian fiction, in which a futuristic Earth has solved the problem of want and even abolished money, so that people only work if they wish to. The narratives, then, take place almost exclusively off-planet, where challenges arise for characters because they are at the farthest reaches of the universe, instead of the safety of Earth. But even in outer space, characters have access to the replicator, an imaginary bit of futuristic technology that can generate most resources — especially food, air, and even machine parts — out of their access to near-infinite energy.

Apparently, a lot of Star Trek writers hated the replicator, which was conceived for the 90s revival series “Star Trek: The Next Generation.” In 2017, famed screenwriter Ron Moore complained to Bleeding Cool that replicators “are the worst thing ever,” and that they destroy “storytelling all the time,” because nothing “has value in the universe if you can just replicate everything.”

I came to Star Trek fandom only a few years ago. From the vantage of being a semi-plausible foodie with a CSA account and strong opinions on kitchen gadgets, it  was easy to spot another storytelling problem with the replicator: A world where people regularly eat food but never need to cook it is, frankly, unsettling. So long as it’s programmed into their nearly-infinite memory databanks, the characters on Star Trek can have whatever food or drink they want at the push of a button. No one has a kitchen, and no characters need even basic kitchen skills, like toasting bread or chopping vegetables.

It’s clear some Star Trek writers also find it uncanny, the concept of a world without cooking. Characters often make comments about how various replicated dishes just don’t taste quite as good as their earthbound counterparts that are presumably made by hand. In purely scientific terms, this doesn’t really make sense. This isn’t like the 21st century, where mass produced instant foods are laden down with preservatives and made with inadequate ingredients. Replicated food is an exact copy of a dish made by hand, right down to the molecular level, and so should be indistinguishable from homemade food.

But the jokes about replicated food’s shortcomings serve a function, to anchor the characters in this fantastical universe in their humanity. They may be flying through space, surrounded by impossibly sophisticated technology, but the characters on Star Trek still long for Mom’s sweet potato casserole. As with the characters’ constant use of familiar cultural references — they seem to never talk about books written or records recorded after the early 21st century — it’s about signaling to the audience that these characters are just like you and me.

Preparing food, it turns out, is central to the human conception of ourselves, so much so that it’s impossible to imagine that people would give up this form of labor entirely, even if they could. As the Star Trek series went on and expanded into various spinoffs, writers fleshed out the relationship of the characters to their food traditions, rooting them in human cultures that are familiar to the viewers.

On “Deep Space Nine,” Commander Benjamin Sisko (Avery Brooks) is son to a New Orleans food restauranteer, and has a kitchen awkwardly set up in his quarters, so he can keep touch with his roots by making Cajun dishes, presumably with replicated ingredients. The more recent series “Picard” on Paramount+ portrays the now-retired Starfleet captain running his family’s vineyard, reminding viewers that Jean-Luc is supposed to be French, despite actor Patrick Stewart’s English accent. Both “Deep Space Nine” and “Next Generation” have a bar setting, where characters gather not just to drink and socialize, but to be waited on by bartender characters — Quark (Armin Shimerman) and Guinan (Whoopi Goldberg) —  instead of simply ordering a computer to conjure up beverages from thin air.

A lot of this is driven by storytelling needs, of course, and creating character beats and settings that are legible to viewers. But there’s also something deeper revealed in the way that Star Trek keeps circling around this idea that humans wouldn’t give up on food cultivation and preparation, not entirely, just because they can.

After all, real people in our very un-sci-fi world still garden, even when they can buy whatever they want at the grocery store. It’s why folks spend real time and money in the kitchen, instead of ordering off Seamless every night. It’s why the dinner party persists, even with restaurants as competition. And it’s why even people who can barely boil water still get caught up in cooking competition shows like “Top Chef” of “The Great British Bake-Off.” There’s something visceral about growing and preparing food that is satisfying beyond just the eating of it. And while we all rely on fast food at times to keep ourselves fed, slowing down and actually making our food nourishes our creativity and our humanity in a way no push-button convenience ever could.

More stories about what we watch and eat: