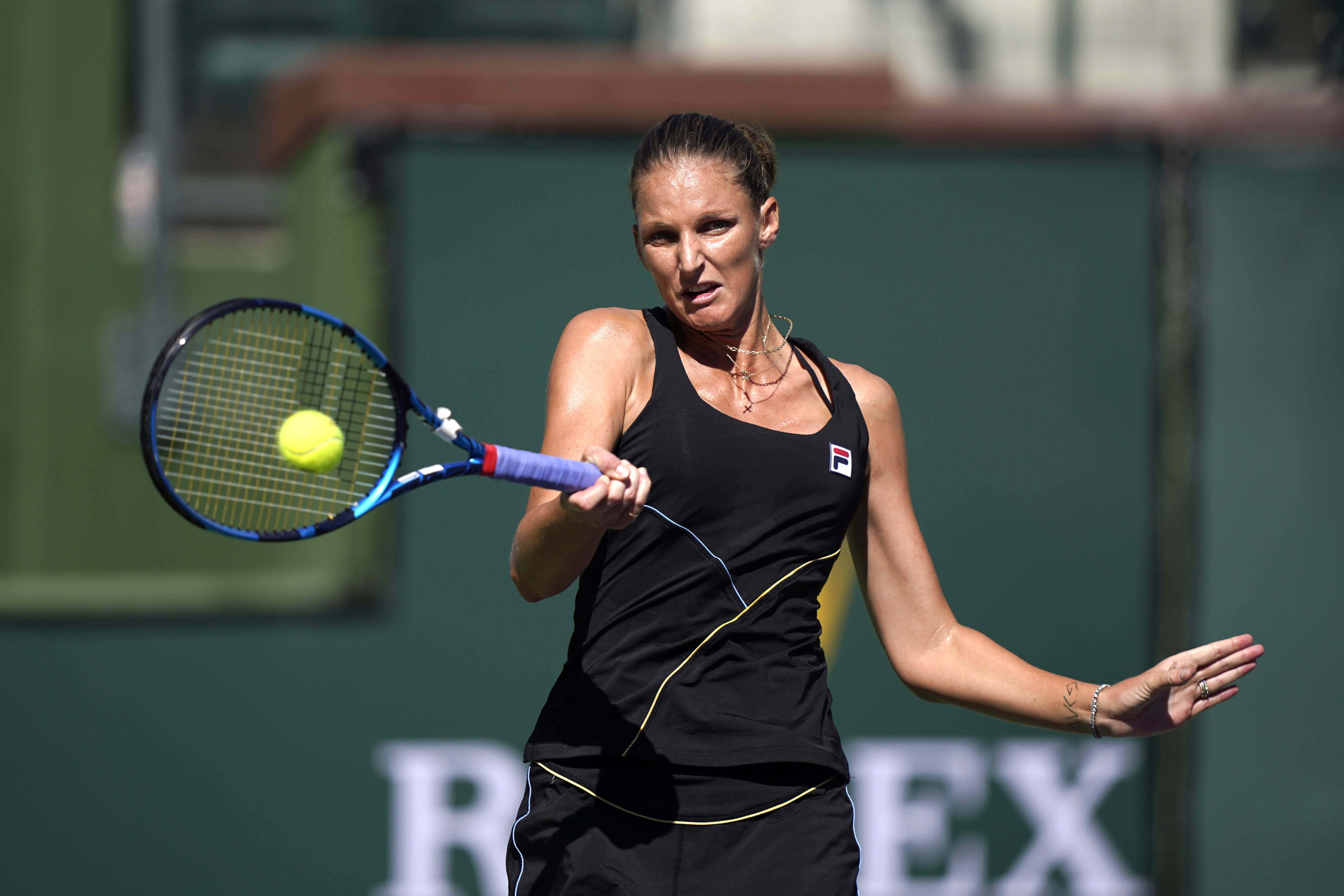 Monday was a wild day at the BNP Paribas Open at Indian Wells.

There were major upsets. A weather delay. The usual assortment of breathtaking shots and highlights. We’ll break it all down below.

No. 8 Hubert Hurkacz vs. Frances Tiafoe suspended at 4-2

Without question, the top story from the day was the stunning loss of top-seeded Pliskova, who lost in straight sets to Haddad Maia.

Lucky loser Beatriz Haddad Maia, ranked #115, beats the top seed and world number #3 Karolina Pliskova 6-3, 7-5 to reach the last 16 in Indian Wells. That’s the best ever win for a Brazilian woman in terms of ranking! pic.twitter.com/8sLOQ7Vlt2

It’s hard to imagine a much bigger upset than this one. Haddad Maia was previously out of the tournament altogether, having lost in qualifying to Usue Arconada, but was added back into the mix after No. 29 Nadia Podoroska had to withdraw with injuries.

To go from that to beating the top seed in the tournament is an astonishing turn of events. It’s been that kind of year in tennis, though.

And it was hardly the only upset on the day, especially in the women’s draw, which also saw No. 16 Andreescu fall.

On the men’s side, No. 9 Shapovalov was the surprise upset victim, falling in straight sets to Karatsev.

Whip it good 💪 @AsKaratsev torques the forehand past Denis Shapovalov at #BNPPO21 pic.twitter.com/vZJrIvan9z

Aslan Karatsev, who was outside the top 200 14 months ago, is likely to make his top 20 debut next week.

Shapovalov, meanwhile, is 4-7 since reaching the Wimbledon semifinals…

“The first thing you want to try to do is keep focusing because the weather conditions were tough for both of us,” Karatsev told reporters after his win. “The first set I tried to find my serve, especially on the second serve, it didn’t work. The main goal was to keep focused…It was super windy today. [It’s my] first time here in Indian Wells. It’s an amazing place. It’s nice to be here, to stay here, the atmosphere is really cool. The stadium is almost full, so it’s really nice to play.”

No. 6 Ruud, meanwhile, warded off a stiff challenge from Harris.

“It was a very tough match, and I was fortunate to get through in the end,” he said in his on-court interview. “There were only some points here and there that decided this match. I saved a lot of break points, and in crucial points, I stepped up my game. It was frustrating because Lloyd was playing well, and I was not really feeling the groove like I felt in the first match, and in the end I was fortunate to get through.”