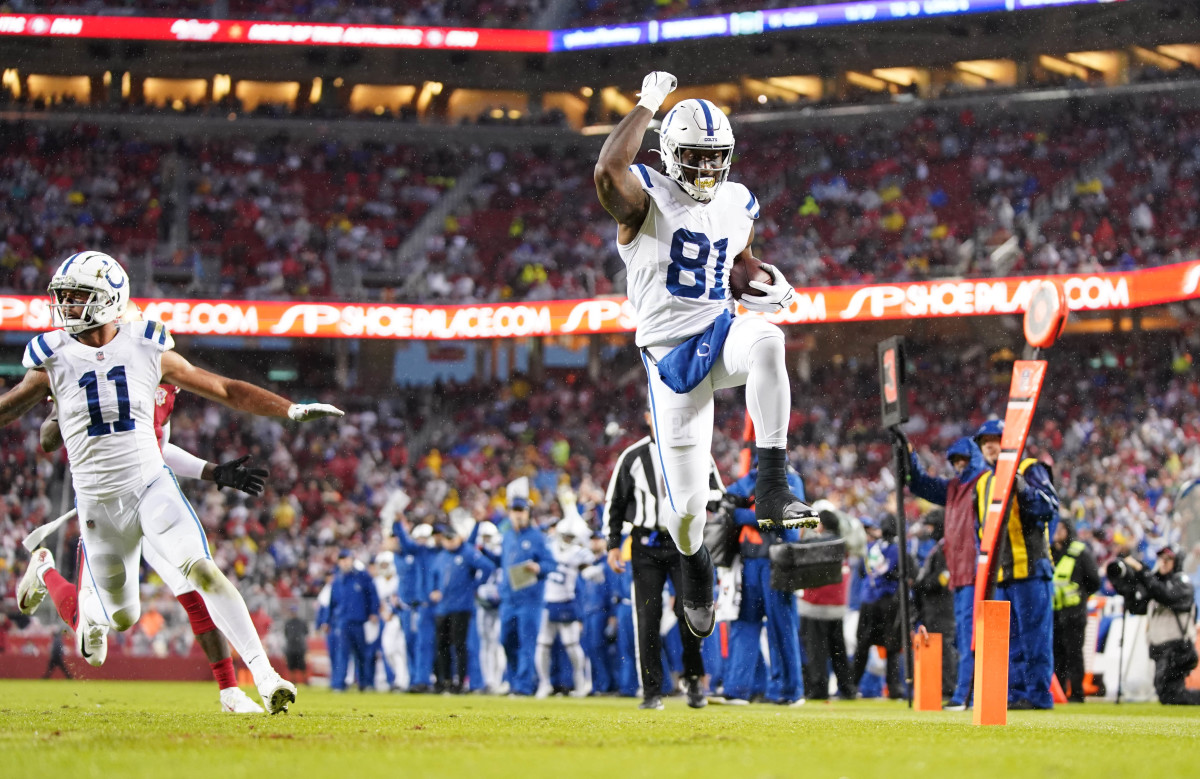 Good things happen for the Indianapolis Colts when tight end Mo Alie-Cox gets the ball.

Because of that, the coaching staff will continue to find ways to get him involved.

“He has an aggressive mindset just like all our guys when they get the ball in their hands,” Colts offensive coordinator Marcus Brady told reporters this week about Alie-Cox. “When he gets the ball in his hands, he’s going to be a physical bruiser. We’re trying to get him more and more involved because he’s improved obviously and I mean he’s a big target, which helps with us.”

Last Sunday against the San Francisco 49ers, Alie-Cox caught a career-high fourth touchdown of the season and his second in as many weeks.

Alie-Cox is especially getting more attention in the red zone, with three of his four scores coming within the opponent’s 20-yard line, and another coming from 28 yards out. He’s third on the Colts in red-zone targets (4) this season behind Zach Pascal (9) and Michael Pittman Jr. (7).

A big part of Alie-Cox’s involvement is obviously the person passing him the ball — quarterback Carson Wentz — and his comfort level with Alie-Cox as a pass-catcher.

“It definitely has grown,” Brady said about Wentz’s trust in Alie-Cox. “And Carson will request him on certain plays here and there – just his size and his trust level that he’s gaining with him, it just helps. So the more and more we’re going to try and get him involved, but obviously, sometimes the defense dictates that.”

Wentz’s comfort level in Alie-Cox is evident as the fourth-year tight end is tied for fourth on the Colts in targets and is tops among tight ends.

Alie-Cox has been held in high esteem by PFF in recent years, ranking 6th overall in 2020.

As for what Alie-Cox might do moving forward, he’s got a tough matchup this Sunday against the Tennessee Titans, who statistically rank sixth against the tight end position and have only allowed two touchdowns to the group so far in 2021.

What do you think about Alie-Cox’s playing time? Drop your thoughts below in the comment section!