Initiative calls for new products that cater to the menopause: ‘This market has historically been underserved by brands’

Home /Entertainment/Initiative calls for new products that cater to the menopause: ‘This market has historically been underserved by brands’ 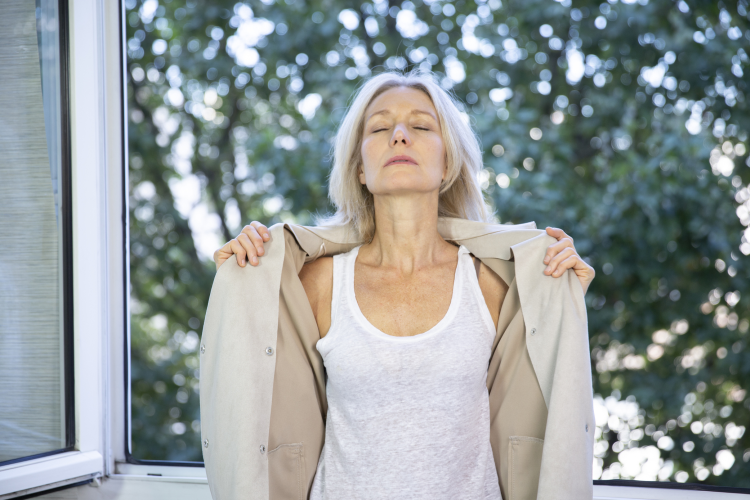 Sir Rod Stewart made headlines recently after suggesting menopause classes for men would be a “very good way to go”​ to help husbands and partners better understand the condition. The singer had watched his wife, Penny Lancaster, battle with severe symptoms.

Food and beverage brands, however, have a lot to learn too. So believes drink company HotTea Mama. It created specialist blends aimed at menopausal women after spotting a gap in the market for products that target this issue.

The company has also joined GenM, an organisation aiming to helps brands recognise and respond to the needs of perimenopausal and menopausal women in the UK, which it estimates number 15.5 million. GenM has gained over 40 partners so far, including the retailers Boots, Holland & Barrett and M&S. They have made commitments to a series of intentions to improve the menopause experience for consumers. These actions include better representing the menopause in product development, signposting and marketing campaigns, and using their platforms to ‘normalise the conversation surrounding the menopause’.

The menopause is a natural part of ageing that usually occurs between 45 and 55 years of age, as a woman’s oestrogen levels decline. According to the UK’s National Health Service, the average age for a woman to reach the menopause is 51, though around 1 in 100 women experience the menopause before 40 years of age. Most will experience symptoms such as hot flushes and night sweats. Some of these can be quite severe and have a significant impact on everyday activities.

The menopausal market has historically been underserved by brands, claimed GenM’s founders Sam Simister and Heather Jackson. The pair started GenM in order to support and improve the menopause experience. They said that after reaching menopause themselves they were shocked at the lack of signposting to products that were either menopause-specific or menopause-friendly.

GenM has claimed its research has revealed that 51% of women can only name three of the potential 48 menopause symptoms.

“The menopause is often pigeonholed as merely a medical issue, or a gender issue, or a workplace issue, but it’s more than all of these – it affects everything,”​ said Jackson. “And our response too, must be greater than the sum of its parts. The menopause can change every aspect of your life – from what you eat and drink to the clothes you wear or even the cosmetics you need use. Anyone who’s sweated off layers of makeup during a hot flush would agree!”​

GenM is asking brands to consider the 48 menopause symptoms and identify products in their current merchandise or services that could support any of these symptoms. Jackson said this includes developing new products, improved signposting to existing products, better campaigns and marketing that reflects the menopause, improved workplace policy, improving awareness and arming people with information.

“All of these are part of the work that needs to be done,” ​she explained. “This is why GenM believes that the menopause is a business issue rather than simply a medical issue, a workplace issue or even a gender issue. When working with their founding partners, GenM works with the business executives and leadership because the menopause needs to be taken seriously throughout the whole organisation, from marketing and comms to HR, merchandising to product development.”​

HotTea Mama’s menopause tea is specially blended to support the body through the tough menopause transition from perimenopause to post menopause. The brand selected natural herbs that have been used for millennia to support with some of the most common symptoms – from irregular periods and heavy blood flow, to anxiety, lack of sleep and hot flushes. These include Raspberry Leaf, which it claimed can lessen heavy menstrual flows; Ginseng, believed to improve mood changes, and increase length and quality of sleep; Gingko Biloba, said to improve blood circulation and cognitive function; Liquorice, which it said can help reduce the occurrence and length of hot flushes; and Valerian, which it claimed reduces stress and anxiety, aid sleep.

The brand’s founder, Oxford graduate Bethan Thomas, told FoodNavigator each ingredient has been selected for a functional purpose but in combination they create a refreshing herbal blend that is best enjoyed iced if you suffer from hot flushes. “I have a degree in Tea Science and, when my friend Kate was pregnant, she would often ask me for advice on what she could drink,”​ she said. “I would tap into my knowledge to recommend herbs and blends that could help her with morning sickness or be a satisfying replacement for caffeinated drinks. This research helped me, too, when I was expecting my first child. We kept asking ourselves, why is nobody offering this kind of product? We had no answer, but we loved the concept.”​

She added the natural herbs in its menopause tea have been “used for millennia to support some of the most common menopausal symptoms, and we’re always on the lookout for new, innovative solutions to add to our range. We also recognise the need to spread awareness and educate all sections of society on just how this life stage affects people. By doing this, we can change perceptions about the menopause and help millions of women and others to lead healthier, happier lives.”​

HotTea Mama sells three million award-wining tea bags a year, a fact that demonstrates women are looking for alternative and healthy ways to support their reproductive health, the founder said. “Our costumers came to us asking about PCOS, fertility, endometriosis, PMS and Menopause, and we saw there was a gap in the market for a product or two that targeted these issues,”​ she added.

The menopause “can affect every area of life and we need to engage in it from all fronts”,​ continued Jackson.

GenM has further claimed its research shows that 87% of menopausal women feel overlooked by both brands and society at large. For many, these are brands that they have been loyal to their whole lives. “GenM believes that this isn’t good enough – we deserve better,”​ said the co-founder. “With 15.5 million women in the UK currently going through menopause, and estimates of 1 billion worldwide by 2025, the menopause deserves more. Brands and organisations have a massive role to play here that cannot be underestimated.”​

Do UK consumers want to try cultivated meat? And what about insects?
Land of Light and Ice